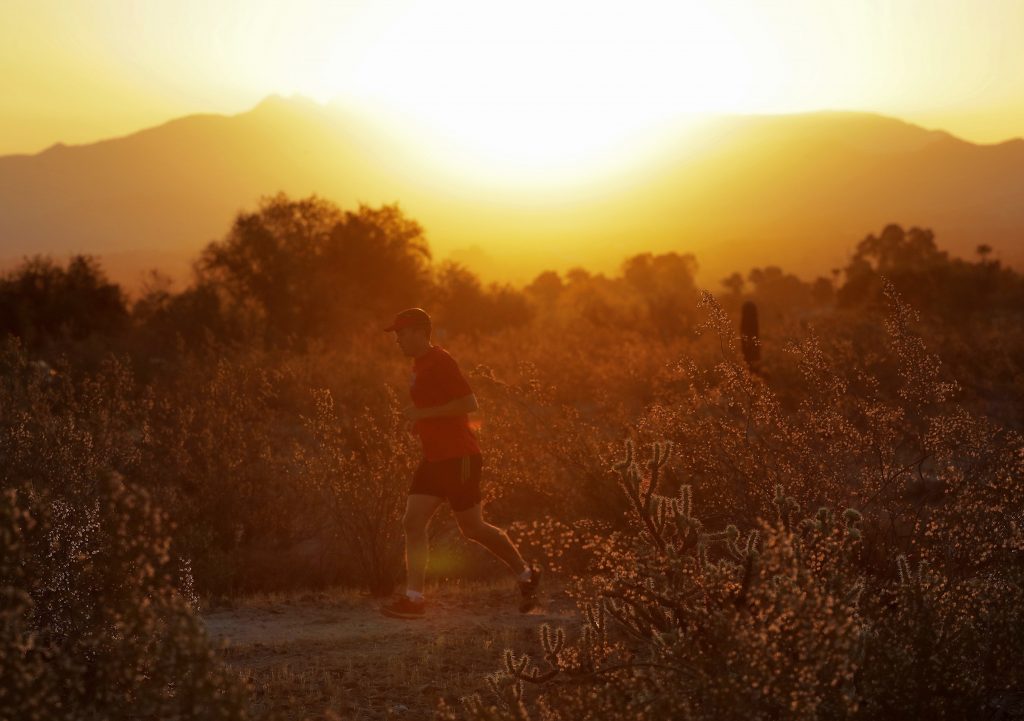 The Southwestern U.S. is about to feel the wrath of a punishing heat wave that includes a forecast of 120 degrees in Phoenix, Arizona.

The broiling temperatures will also be felt in Las Vegas and Southern California, creating a public health hazard. Rising temps are being closely watched by everyone from airline pilots and emergency room doctors to power grid managers and mountain cities unaccustomed to heat waves.

Even cities accustomed to dealing with 110-degree days are grappling with the new problems that arise from 120 degrees.

Here are a few things to know about the heat wave:

The heat wave, which is expected to peak Tuesday, is forecast to be the hottest weather in Phoenix in decades.

Wunderground Weather Historian Christopher C. Burt said Phoenix temperatures rose to 120 degrees and above only three times in recorded history – twice in 1990 and once in 1995.

It could be worse: Death Valley could see 124 degrees on Tuesday.

Airlines Are Watching the Heat

When the temperature soars, it’s harder for airplanes to take off.

American Airlines pilot Shane Coffey said extreme heat creates changes in the air density that make it harder for airplanes to take off, meaning pilots have to use more thrust or impose weight restrictions such as flying with less cargo.

In 1990, amid a similar heat wave, flights were cancelled at the Phoenix airport because there was too much uncertainty about how the heat would affect aviation performance. Now, airlines have a better understanding, but the heat is still a concern – primarily for smaller, regional jets.

Airlines will be closely monitoring the heat this week and some flights could be affected.

American Airlines said Monday that it will allow Phoenix passengers flying during the peak heat Monday through Wednesday to change flights without a fee.

Residents of Phoenix and Las Vegas deal with 110-degree days fairly often in the summer – but how much more strain does 120 degrees put on the body?

One of the ways the body cools itself is by radiating heat through the skin into the air, but that system reverses when external temperatures climb to 110 or higher.

“When that happens we have to rely on our second mechanism, which is sweating,” Bhow said. Sweat makes your skin feel cooler and some heat is removed as it evaporates.

He noted staying hydrated is crucial to perspiring and staying cool.

Bhow said patients can present with a variety of illnesses – ranging from a simple heat rash to a severe heat stroke.

The heat is a serious public health hazard in places such as Phoenix and Las Vegas, where temperatures routinely exceed 110 degrees in the summer months.

The county that is home to Phoenix had 130 heat-related deaths in 2016, the highest number in more than a decade. It wasn’t immediately clear what caused the uptick.

Homeless people comprised one-third of heat-related deaths in 2016, according to county records. Most of the others involved people with non-functioning air conditioners.

“People who are economically disadvantaged have a harder time paying for increased electricity bills or keeping their water on throughout the entire year and those factors can predispose you to heat-related illness,” Goodin said.

Too Hot in the Mountains

People typically flee for cooler mountain climates when it gets hot, but going north won’t provide much of an escape this time.

Flagstaff is expected to spend most of the week with highs above 90 degrees, which is so rare many residents don’t have air conditioning.

Residents without air conditioners are advised to “pull shades over the windows and use cross-ventilation and fans to cool rooms.”