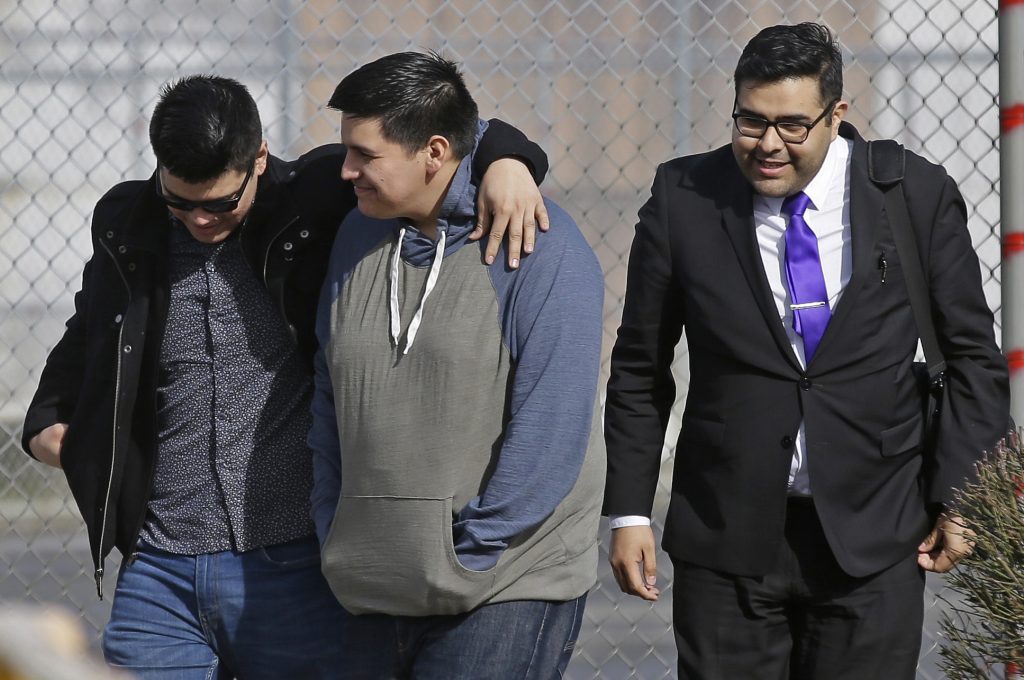 In April, President Trump said that Deferred Action for Childhood Arrivals, the 2012 federal program to protect undocumented “Dreamer” immigrants who arrived in the U.S. as children, was a “very difficult subject for me.”

It appears that Trump was telling the truth.

Trump’s administration has largely translated his presidential campaign’s hostility toward immigrants into government action. Efforts to impose a ban on travel from Muslim-majority nations have been comically inept — but persistent and seemingly heartfelt. Likewise, federal immigration agents have grown more aggressive, and less discriminating, in their pursuit of deportations. Even long-resident immigrants with American citizen children (and expert legal representation) are not safe.

At a congressional hearing last week, Thomas Homan, acting director of Immigration and Customs Enforcement, was explicit in describing the climate of fear his department seeks to create. “If you are in this country illegally, and you committed a crime by entering this country, you should be uncomfortable, you should look over your shoulder, and you need to be worried,” he said. “No population is off the table.”

To that end, the administration last week rescinded a 2014 plan to grant work permits and reprieves from deportation to potentially more than 4 million parents of U.S. citizens and green card holders. The plan had been stymied in court. But the move was nonetheless another brick in the anti-immigrant wall.

Yet supporters of immigration restrictions couldn’t help noticing that, once again, the Trump administration had failed to strip almost 800,000 Dreamers of the legal protection they had won under President Barack Obama’s 2012 executive action. A post by the Department of Homeland Security stated: “This rescission will not affect the terms of the original DACA program as outlined in the June 15, 2012 memorandum.” It added: “No work permits will be terminated prior to their current expiration dates.”

Obama’s DACA plan had pushed the limits of executive action. Ever since, immigration restrictionists have been howling about what Judicial Watch President Tom Fitton, on Twitter, called “lawless Dreamer amnesty for illegal alien children and adults.”

Yet Trump has renewed Dreamer work permits and even issued some new ones. One day after the DHS post, the homeland security agency issued a written statement: “The future of the DACA program continues to be under review with the administration,” it said. “The president has remarked on the need to handle the issue with compassion and with heart.”

Compassion and heart have not been lodestars of Trump administration policies. Nor are they high priorities for his base voters. As David Frum wrote in the Atlantic: “Exactly why Trump betrayed his most ardent supporters will be a study for reporters and psychologists. Was it the influence of his daughter and son-in-law? The advice of his pollsters and political strategists?”

The answer is unclear. Some immigration advocates suspect Trump fears that rescinding DACA would make life too difficult for moderate Republicans. “If they eliminated DACA I really think you’d have a major outcry of unified opposition from the public and it would put major pressure on Congressional Republicans, governors, state/local elected officials,” emailed Tom Jawetz, an immigration expert at the liberal Center for American Progress. “It could further tear apart that already damaged party.”

Marshall Fitz, an immigration expert at the Emerson Collective, wrote in an email: “First, Trump has been lobbied internally about the harsh political optics of going after DREAMers. Second, he has been persuaded that he can still feed his base’s mass deportation agenda while making this accommodation. Third, all his talk about the program’s illegality was just politically incendiary rhetoric; he has no view, vision, or basic understanding about constitutional constraints. So he has no ideological or intellectual commitment to rescission. And lastly, I doubt he has the stomach for going after kids en masse.”

It’s that last possibility that is so intriguing. Trump told the Associated Press in April that his administration is not pursuing Dreamers and that “Dreamers should rest easy.”

He’s not actually willing to ease the stress on Dreamers by declaring them truly secure. But Trump so far has also been unwilling to rescind their work permits and hopes for staying in the U.S. He appears torn between a crude promise made to his political base and what looks very much like presidential pangs of conscience. Imagine that.