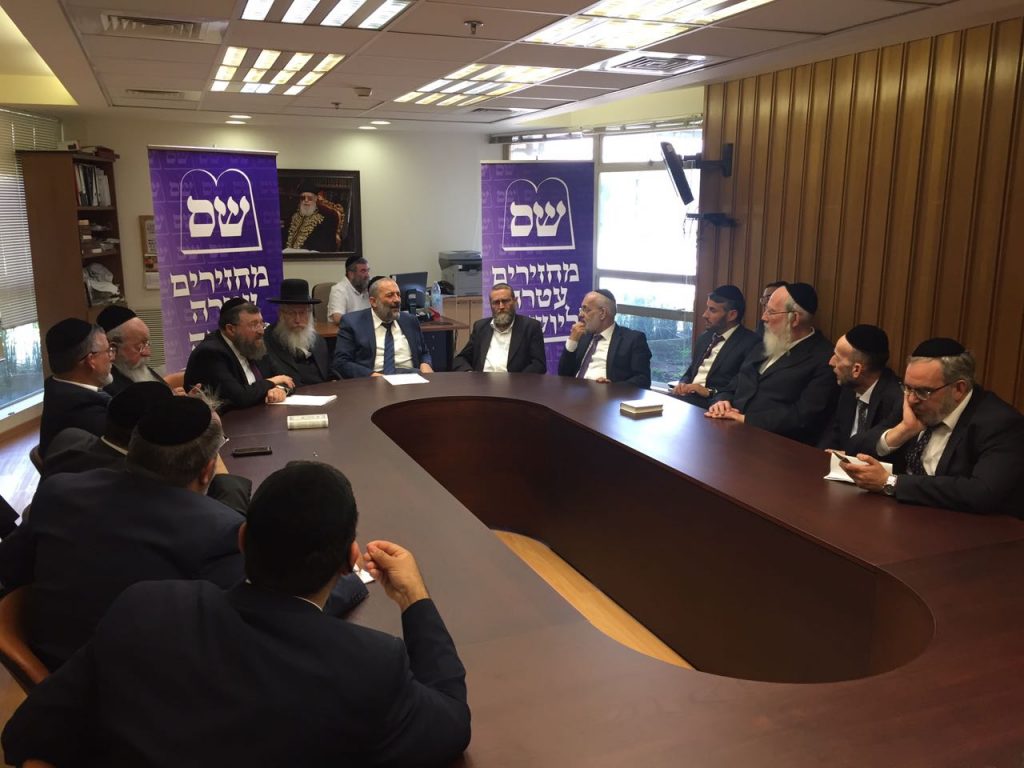 After yet another Shabbos during which the Transportation Ministry insisted on conducting infrastructure work on the railway at the Ayalon Highway amidst public Shabbos desecration, lo aleinu, the chareidi factions, UTJ and Shas, met Monday to discuss this deepening breach in the status quo.

Numerous meetings have been held with members of relevant parties, but until now, no progress has been made, and the chillulei Shabbos keep continuing.

On Sunday, Health Minister Rabbi Yaakov Litzman and Finance Committee Chairman Rabbi Moshe Gafni raised the issue with Prime Minister Binyamin Netanyahu, discussing it with the prime minister at a simchah. The prime minister said that he wasn’t aware of all the details of the infrastructure work, and asked one of his secretaries, Yoav Horowitz, to delve into the matter and resolve the chillul Shabbos.

The continued chillulei Shabbos caused much aggravation among the Shabbos-observant public. Rabbanim and public figures, as well as activists on behalf of Shabbos, raised a hue and cry and issued a call to cancel the non-urgent work.

After their meeting Monday, led by Rabbi Yaakov Litzman, Rabbi Moshe Gafni and Rabbi Aryeh Deri, the factions announced that they “will not agree to the continuation of the grave phenomenon in which Shabbos becomes the day of the State of Israel’s maintenance.”

The factions demand that the prime minister implement the coalition agreement, restore the status quo to its former status, and immediately stop the unnecessary infrastructure work.

“The same applies to additional bus lines on Shabbos and the lack of enforcement toward pirate companies that operate public transportation on Shabbos.

“The factions view the situation as a serious violation of the coalition agreement, and after the meeting with the prime minister and the ministers concerned, the matter will be brought to the attention of Gedolei Yisrael.”