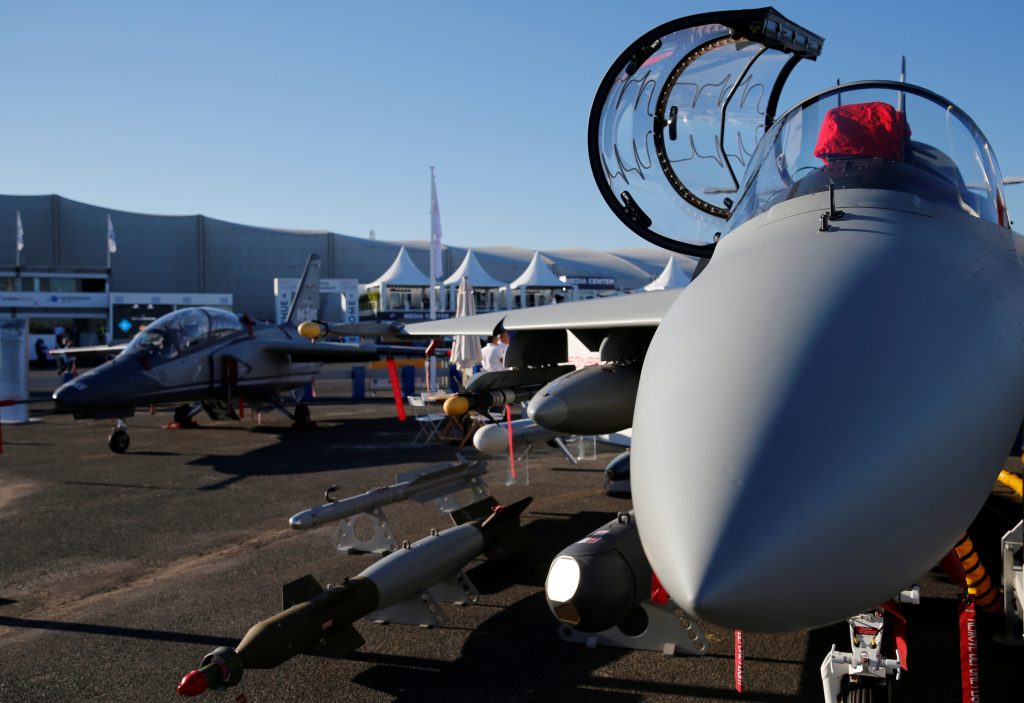 Boeing unveiled a new model of its best-selling 737 aircraft on Monday, injecting life into a faltering civil aviation market as French President Emmanuel Macron flew in to open the world’s biggest air show in Paris.

After years of booming orders driven by increased air travel and more fuel-efficient planes, passenger jetmakers are bracing for a slowdown in demand while they focus on meeting tight delivery schedules and ambitious production targets.

But Boeing generated a burst of activity at the Paris Air Show by launching the 737 MAX 10 to plug a gap in its portfolio at the top end of the market for single-aisle jets following runaway sales of the rival Airbus A321neo.

The U.S. planemaker said it had more than 240 orders and commitments from at least 10 customers for the new 737, which can carry up to 230 people in a single-class configuration.

“The MAX 10 is going to add more value for customers and more energy to the marketplace,” Boeing Chief Executive Dennis Muilenburg said at a presentation ceremony.

However, Airbus immediately hit back with an order for 100 of its popular A320neo planes from leasing firm GECAS, and suggested much of the interest in the MAX 10 was from existing Boeing customers switching orders from other models.

“We think the 737 MAX 10 is a competitor to the [MAX] 9 and that’s why a lot of people are converting,” said Airbus sales chief John Leahy.

Industry sources said Airbus would also soon announce a large order for its A321neo, as well as one for 10 of its A350-900 wide-body jets. Sources said on Sunday the European company was close to clinching a deal worth about $5 billion with low-cost carrier Viva Air Peru.

While demand for passenger jets may be faltering, there are signs that interest in military aircraft is picking up after years in the doldrums due to government budget cuts and weak growth.

Lockheed Martin is in the final stages of negotiating a $37 billion-plus deal to sell 440 F-35 fighter jets to a group of 11 nations including the United States, two people familiar with the matter told Reuters.

That would be the biggest deal yet for the stealthy warplane, set to make its Paris Air Show debut this week.

In another boost for a defense project, President Macron flew into the show on an Airbus A400M military transporter.

His arrival was followed by a flypast by the world’s largest passenger plane, the Airbus A380, and France’s aerial display team.

The ceremony lent high-level support to two ambitious European aerospace projects tarnished by problems: the A400M because of chronic cost overruns and delays and the A380 because of weak sales that threaten its future.

Airbus said on Sunday it was working on an upgrade of the A380 – called A380plus – with fuel-saving wingtips, confirming plans reported by Reuters in March.

Airbus chief Fabrice Bregier said on Monday the company was in talks with several potential customers for the upgraded plane. But it would only be put into production if it received “a large order,” he said, without elaborating.

Four-engined, double-decker superjumbos such as the A380 and Boeing’s 747 were once viewed as the future of air travel between international hubs, but interest has waned as airlines have preferred cheaper, more nimble aircraft.