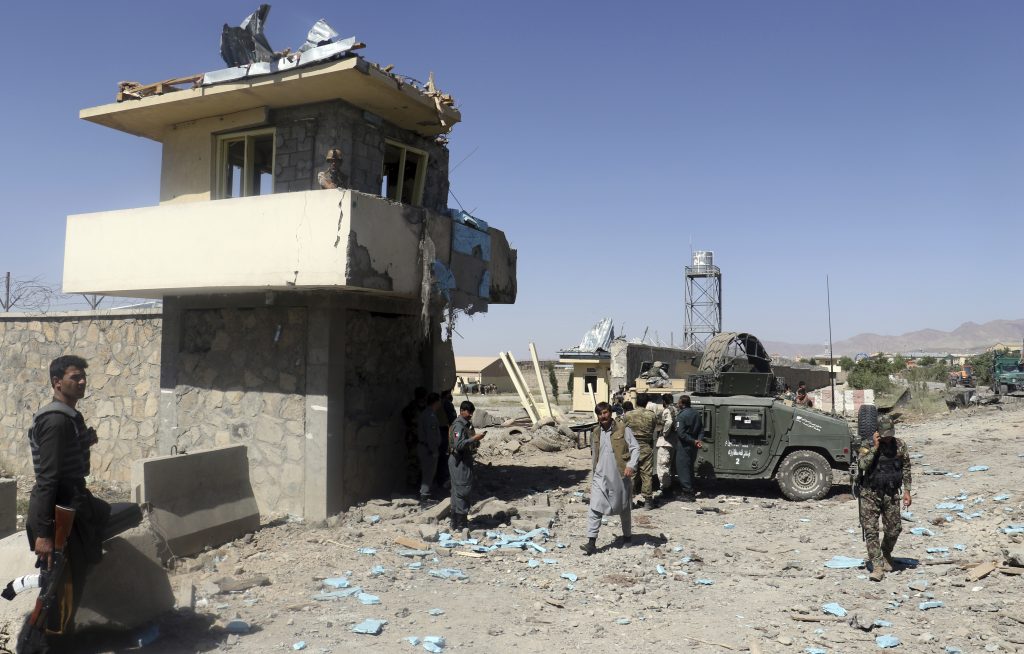 A Taliban attack Sunday on police headquarters in the southeastern Afghan province of Paktia has ended after nearly ten hours. Five policemen were killed and nine others were wounded, a government spokesman said.

The attack began when a Taliban suicide bomber blew up an explosives-laden vehicle at the entrance of the Gardez police headquarters, allowing six other attackers to enter the headquarters, said Abdullah Hasrat, spokesman for the provincial governor.

Hasrat said the six entered the compound and were shot and killed by Afghan security forces.

Paktia Deputy Police Chief Nesar Ahmad Abdulrahimzai said some civilians were wounded by shrapnel and glass in houses near the police headquarters.

The Taliban claimed responsibility for the attack and said it killed nearly 200 Afghan security personnel and wounded dozens.