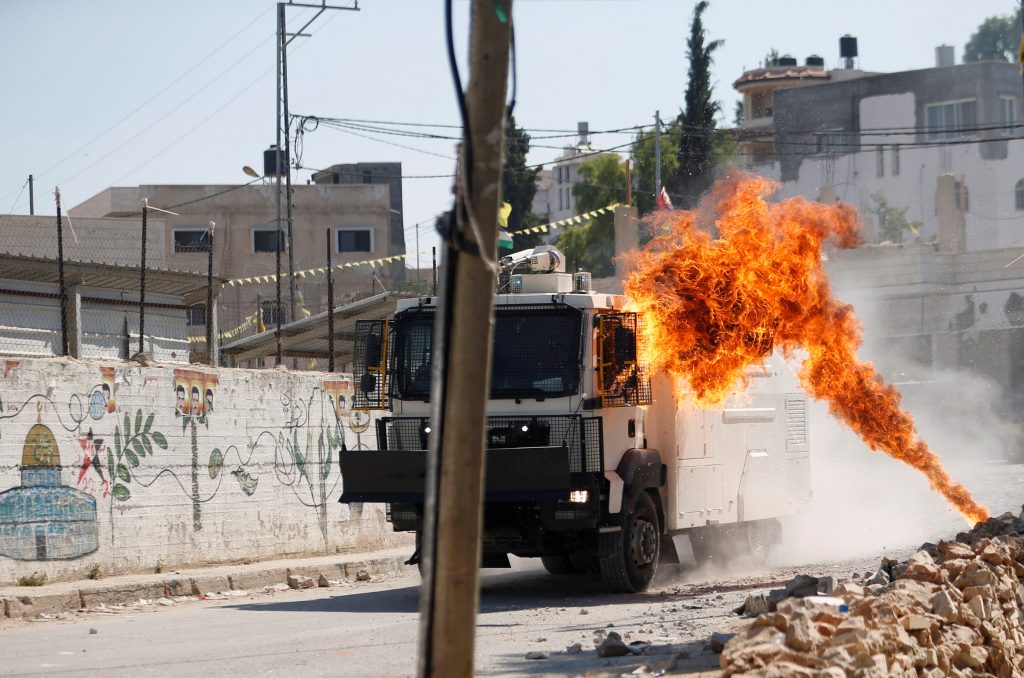 An initial investigation into Friday’s twin terror attacks in the Shaar Shechem area of Yerushalayim indicated the terrorists had planned a major attack on security forces in the area. The attack had been planned in advance, to coincide with the end of Ramadan this week. Reports said the terrorists had weapons they intended to use, but one of the guns had jammed and they were shot and killed before they could repair it. Security forces have stepped up their patrols in Yerushalayim and in communities bordering PA-controlled areas in the expectation that terrorists will attempt more attacks this week.

The Israeli victim of the attack, Hadas Malka, Hy”d, was laid to rest Motzoei Shabbos at the military cemetery in Ashdod. Malka had been sent to reinforce security forces in the area in light of the increased tensions. Speaking at the levayah, Public Security Minister Gilad Erdan said “we will do everything possible to ensure that her death is not in vain. We will continue to build and develop, and we will not bow our heads or surrender to terror. We will pursue our enemies and those who seek our harm wherever they are. The memory of Hadas, Hy”d, will be engraved on the hearts of us all.”

Security officials said they were expecting more attacks with Ramadan drawing to an end and terrorists seeking to cap off the month-long Muslim event with a terror attack that will glorify them on the “Arab street.” Channel Ten quoted Palestinian sources saying that Palestinian Authority officials were concerned that more terror attacks were planned, giving Israeli forces “another excuse to increase their oppression of Palestinians.” Ramadan ends Sunday, June 25, with the festival of Eid al-Fitr.

Security officials interrogated family members of the three terrorists, who claimed they were not aware of any intentions by the terrorists to attack. With that, the homes of the terrorists are slated for demolition. The Islamic State took responsibility for the twin terror attacks in Yerushalayim, a claim disputed by Hamas, which said its terrorists were behind the attack.

The three terrorists were Bara Ibrahim Muhammad Saleh, 19; Adel Hassan Ahmad Anakush, 18; and Osama Ahmad Mustafa Atta, 19, of the village of Dir Abu Mashal, northwest of Ramallah. All three had been previously arrested on security charges. Police said overnight Motzoei Shabbos that they believed the terrorists organized the attack locally, and did not belong either to IS or Hamas.

Prime Minister Binyamin Netanyahu held consultations with top security officials. Among steps to be taken is the permanent barring of the extended families of the terrorists from entering Israel in the future. Netanyahu said in a statement that Israel might decide to turn the areas where the attacks took place — the area around Shaar Shechem (Damascus Gate) — into a “sterile area,” with all pedestrian and road traffic directed to other entrances and exits of the Old City. The area has been the epicenter of numerous stabbing attacks by Arab terrorists. PM Netanyahu also demanded that the international community, as well as the PA, condemn the attacks.