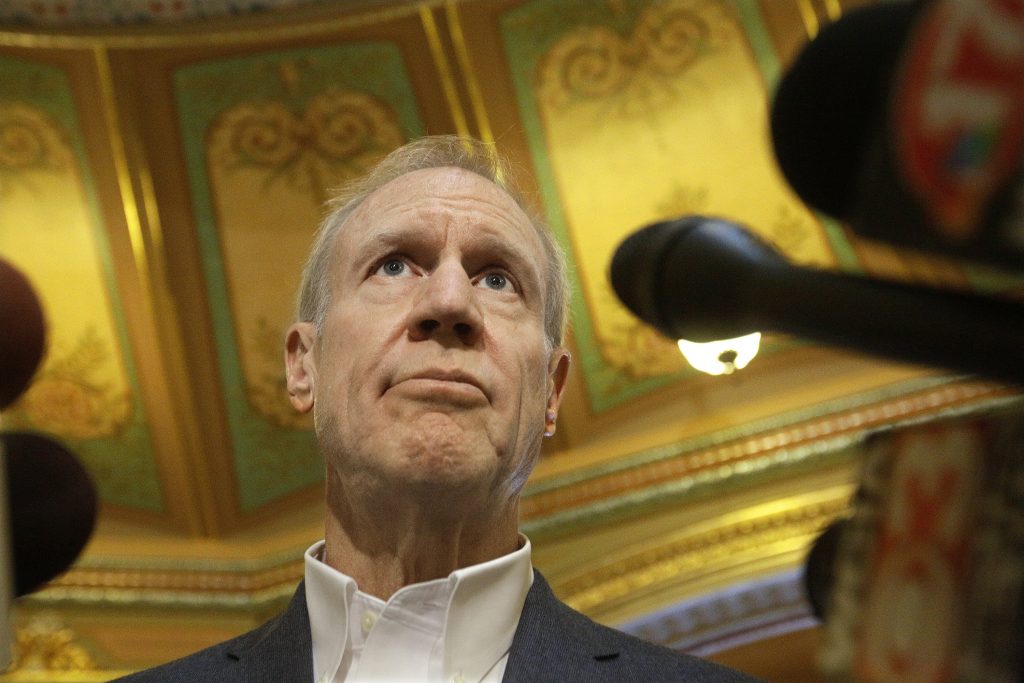 During the two-and-a-half years Illinois has gone without a state budget, the previously little-known office of comptroller has had the unenviable job of essentially sitting at the kitchen table trying to figure out how to pay the bills.

Like any household, there are some items that must be paid first. A mix of state law, court orders and pressure from credit rating agencies requires Illinois to make its debt and pension payments, for example, and issue state worker paychecks and some money for schools.

Now Comptroller Susana Mendoza is warning that new court orders in lawsuits filed by state suppliers that are owed money mean her office is required to pay out more than Illinois receives in revenue each month. That means there would be no money left for so-called “discretionary” spending — a category that in Illinois includes school buses, domestic violence shelters and some ambulance services.

“I don’t know what part of ‘We are in massive crisis mode’ the General Assembly and the governor don’t understand. This is not a false alarm,” said Mendoza, a Chicago Democrat. “The magic tricks run out after a while, and that’s where we’re at.”

It’s a new low, even for a state that’s seen its financial situation grow increasingly desperate amid a standoff between the Democrat-led Legislature and Republican Gov. Bruce Rauner. Illinois already has $15 billion in overdue bills and the lowest credit rating of any state, and some ratings agencies have warned they will downgrade the rating to “junk” if there’s no budget before the next fiscal year begins July 1.

Rauner on Thursday said he was calling lawmakers back to Springfield for a special session, after the Legislature adjourned May 31 without approving a state spending plan — the third straight year lawmakers have been unable to agree on a budget. Legislators are due at the Capitol on Wednesday, and Rauner said the session will continue through June 30 or until the two sides have a deal.

“Everyone needs to get serious and get to work,” he said in a video announcing the session that his office posted on social media.

Lawmakers from both parties have acknowledged Illinois needs to raise taxes to make up for revenue lost when a previous tax hike expired, leaving the state on pace to take in $6 billion less than it is spending this year — even without a budget.

Rauner, a former businessman who is seeking a second term in 2018, wants Democrats to approve changes he says are needed to improve Illinois’ long-term financial health before he’ll support a tax increase. Among them are term limits for lawmakers, a four-year property tax freeze and new workers’ compensation laws that would reduce costs for employers.

Democrats say they’re willing to approve some items on Rauner’s list, but that what he’s demanding keeps changing or goes too far and would hurt working families. Senate Democrats also note that they approved a $37 billion budget with $3 billion in cuts and an income tax increase in May. The House has not taken up that plan.

In the absence of a budget, funding has been reduced or eliminated in areas such as social services and higher education. Many vendors have gone months without being paid. And increasingly, they’re filing lawsuits to try to get paid.

The courts already have ruled in favor of state workers who want paychecks, as well as lottery winners whose payouts were put on hold. Transit agencies have sued, as has a coalition of social service agencies, including one that’s run by Rauner’s wife.

Health care plans that administer the state’s Medicaid program also asked a federal judge to order Mendoza’s office to immediately pay $2 billion in unpaid bills. They argued that access to health care for the poor and other vulnerable groups was impaired or “at grave risk” because the state wasn’t paying providers, causing them to leave the program.

Judge Joan Lefkow ruled June 7 that Illinois isn’t complying with a previous agreement to pay the bills and gave attorneys for the providers and the state until Tuesday to work out a level of payment.

Mendoza says whatever that amount will be, it will likely put Illinois at the point where 100 percent of revenues must be paid to one of the office’s “core priorities,” such as those required by court order. And if this lawsuit doesn’t do it, the next court ruling against the state will.

Then, she’s not sure what will happen, other than more damage.