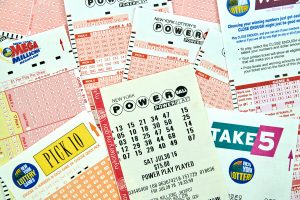 The New York Lottery celebrated their 50th anniversary Saturday with a sale of the first ticket sold in 1967. New York was only the second state to begin operating a lottery after New Hampshire.

The New York lottery is now the nation’s largest and most profitable program of its kind. It currently offers dozens of instant scratch-off games as well as nine number draw games. Some 17,000 retailers around the state offer the games.