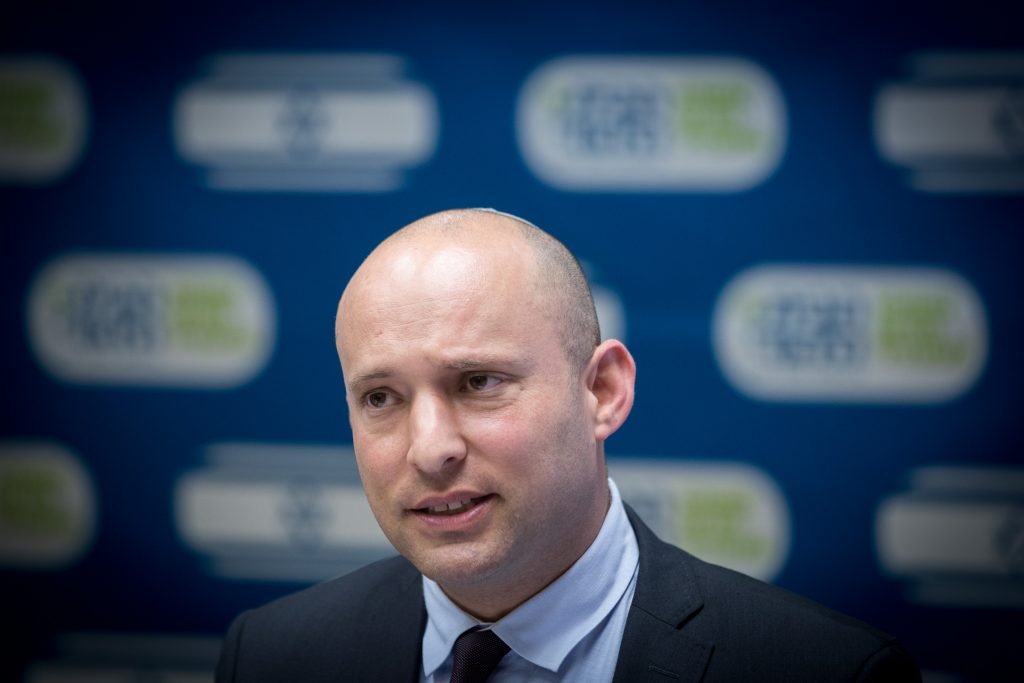 Education Minister Naftali Bennett is set to introduce a bill that will prevent any deal to divide Yerushalayim unless 80 Knesset members voted for it. According to the law, the current municipal boundaries of the city will remain intact unless 80 MKs vote that they are willing to surrender part of the city to the Palestinian Authority, if and when a negotiated settlement is developed between Israel and the PA that would require Israeli compromises on Yerushalayim. A report in Yisrael Hayom said the bill would be presented to ministers for their approval within two weeks.

“This is a gift to Yerushalayim on the 50th anniversary of its reunification,” Bennett said in a statement attached to the bill. “This is the time for all of us, coalition and opposition, to join together to protect Yerushalayim. The city was twice saved from plots — by Ehud Barak and Ehud Olmert — to divide it, using a temporary majority in the Knesset. We cannot take that chance anymore. That will not happen again.”

A similar bill was proposed and approved by the Ministerial Law Committee in 2013, Bennett said, “and it was signed and approved by everyone from the prime minister to Likud MKs down the line.” At the time, when Barack Obama was president, “supporting such a bill was a much greater challenge than it is now, so I anticipate that this bill will be widely supported in the coalition. The question is whether the opposition will support it. Let us leave Yerushalayim out of the political debate, and let us unify around this law. This will increase our standing in the world, and lower the possibility of future pressure” to concede land, in Yerushalayim and elsewhere, Bennett added.