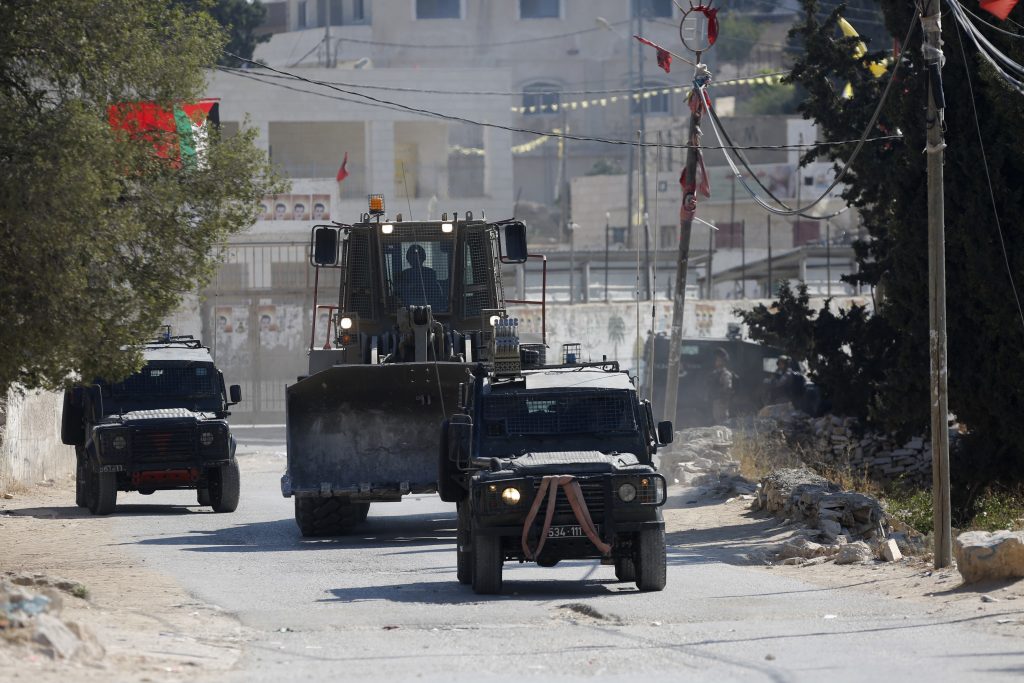 The Islamic State terror group took responsibility for the twin terror attacks in the Old City of Yerushalayim on Friday evening. In a statement, IS said that this would not be its last terror attack in Israel. “Our three lions succeeded in infiltrating and taking vengeance on Israelis,” IS said in a statement. “Now they are martyrs who will leave fear and trembling among Israelis in their wake. We will continue until we destroy the State of Israel.”

Hamas, meanwhile, denied the IS claim, saying that it was their own terrorists who carried out the attacks, and accusing Israel of cooperating with IS to deny Hamas’s growing support among Palestinians. “The Islamic State claim is an attempt to deny the truth of the struggle,” Hamas said in a statement.

MK Yaakov Pery, former head of the Shin Bet, said the coordinated assault marked an “upgrade” over recent Palestinian violence and that he hoped it was not the beginning of a new wave of attacks. Still, he said he doubted it had anything to do with IS.

“The Daesh claim of responsibility is absurd,” he said. “There are great differences and conflicts between Daesh and Hamas. Hamas wants to clarify that it is involved in a national battle of the Palestinian people with the ‘Zionist’ occupier and it is in its interest to present it as such.”

Murdered in the attacks was 23-year-old Border Guard officer Hadas Malka, Hy”d. Four other Israelis were wounded. The three terrorists who carried out the attack were killed by security officers.

An IDF and Shin Bet investigation determined that the three – Bara Ibrahim Muhammad Saleh, 19; Adel Hassan Ahmad Anakush, 18; and Osama Ahmad Mustafa Atta, 19 – were members of a local cell of IS, in the village of Dir Abu Mashal, northwest of Ramallah. All three had been previously arrested on security charges.

IDF forces entered the village and sealed it, mapping out the location of the homes of the terrorists’ families in preparation for their demolition. All permits – numbering about 250,000 – for Palestinian Authority residents to enter Israel proper were suspended Friday night. The only permits not canceled were those for Arabs to enter Har HaBayis, to visit the mosques there during the Ramadan observance. In addition, some 350 PA Arabs in Israel illegally were rounded up over Shabbos.

Prime Minister Binyamin Netanyahu held security consultations with top security officials. Among the steps to be taken is a permanent cancellation of any future entry of members of the extended families of the terrorists to enter Israel. PM Netanyahu said in a statement that Israel might decide to turn the areas where the attacks took place – the area around Sha’ar Shechem (Damascus Gate) – into a “sterile area,” with all pedestrian and road traffic directed to other entrances and exits of the Old City. The area has been the epicenter of numerous stabbing attacks by Arab terrorists. PM Netanyahu also demanded that the international community, as well as the PA, condemn the attacks. Fatah, referring to the terrorists, issued a statement expressing regret over the death of three PA Arabs, saying that they were “murdered by occupation forces.”

Defense Minister Avigdor Liberman said that “we will continue to fight the unending cruel terrorism by Palestinians. The silence of the Palestinian Authority, which refuses to condemn terror, and the message by Fatah, which is headed by PA chief Mahmoud Abbas, that Israel ‘murdered three innocent Palestinians,’ proves again that there is no partner on the other side.”