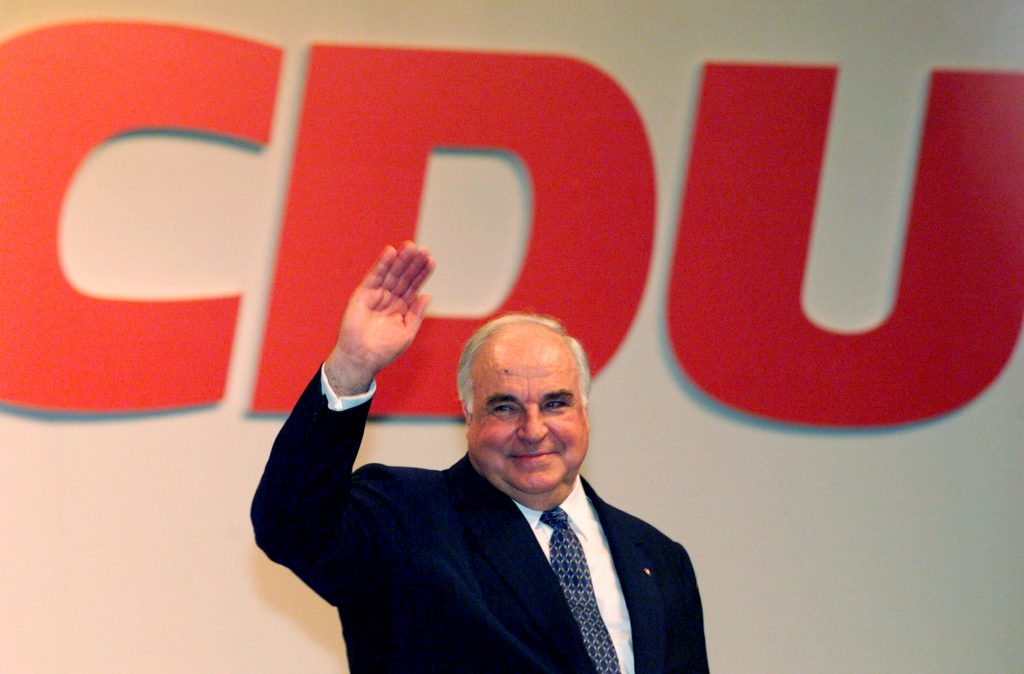 The Bild newspaper reported that Kohl died on Friday morning in his home in Ludwigshafen, in western Germany.

“We mourn,” the CDU tweeted with a picture of the former chancellor.

Germany’s longest serving post-war chancellor, from 1982 to 1998, Kohl was a driving force behind the introduction of the euro currency, convincing skeptical Germans to give up their cherished deutschemark.

An imposing figure who formed a close relationship with French President Francois Mitterrand in pushing for closer European integration, Kohl had been frail and wheelchair-bound since suffering a bad fall in 2008.

Tributes quickly flowed in from around the world.

Former U.S. President George H.W. Bush said he and his wife Barbara “mourn the loss of a true friend of freedom, and the man I consider one of the greatest leaders in post-war Europe.”

“Working closely with my very good friend to help achieve a peaceful end to the Cold War and the unification of Germany within NATO will remain one of the great joys of my life,” he added in a statement. “Helmut was a rock.”

Gerhard Schroeder, Kohl’s successor as chancellor, called him a “great patriot and European … The unification of our country and our continent will be linked to his name for all time.”

In Brussels, European flags were lowered to half-mast in tribute.

European Commission President Jean-Claude Juncker, who served as Luxembourg’s prime minister while Kohl was in office, tweeted: “Helmut’s death hurts me deeply. My mentor, my friend, the very essence of Europe, he will be greatly, greatly missed.”

At home, Kohl is celebrated above all as the father of German reunification, which he achieved after the November 1989 fall of the Berlin Wall despite resistance from partners such as British Prime Minister Margaret Thatcher and Soviet leader Mikhail Gorbachev.

He won voters in bleak communist East Germany by promising them “flourishing landscapes.”

Shortly after leaving office, Kohl’s reputation was tarnished by a financing scandal in his center-right CDU, now led by Chancellor Merkel. Kohl mentored Merkel early in her career, appointing her to her first ministerial post.

Until his death, Kohl refused to identify the donors, saying he had given them his word.

European leaders said the EU must build on his legacy.

Italian EU affairs minister Sandro Gozi tweeted: “We have lost a great leader, above all a European with vision and courage. We missed him and we will miss him. We must follow his example to relaunch the EU.”