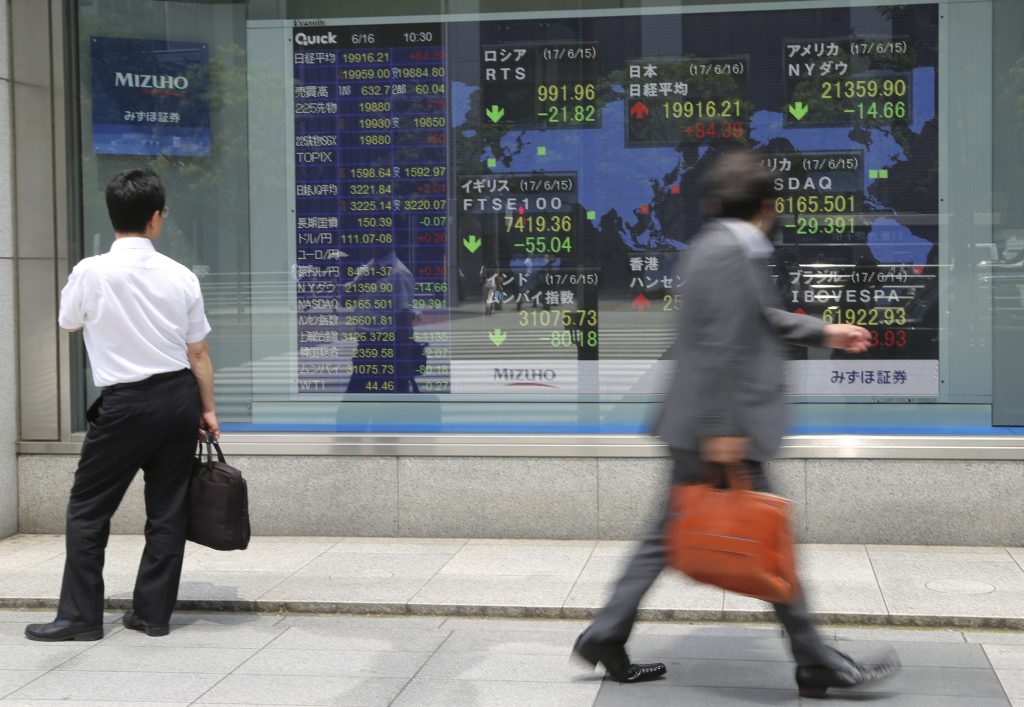 Asian stocks were mixed Friday as a tech sell-off overnight on Wall Street shaded sentiment among investors who continued to focus on central bank policies, including Japan’s decision Friday to keep its ultra-lax monetary stance intact.

The Bank of Japan opted Friday to keep its lax monetary policy intact, while noting signs of improvement in the world’s third largest economy. A BOJ statement said it expected demand to accelerate, supporting a “moderate expansion.” The central bank kept its key interest rate at minus 0.1 percent.

The dollar maintained its recent gains, helped by the Federal Reserve’s decision this week to raise its key interest rate for the third time in half a year and trim its bond holdings on signs that the U.S. economy continues to improve. The dollar rose to 111.15 yen from 110.92 yen in late trading Thursday while the euro eased to $1.1152 from $1.1147.

“Market distortions ultimately lead to market failures, so perhaps the Federal Reserve and other global central banks are growing concerned with investors’ hubris and signaling it’s time to rein in risk,” said Stephen Innes, senior trader at OANDA. “The market is now wondering which central bank will be next to drain the punch bowl. BOJ?”

Oil futures were steady after sliding to a seven-month low. Benchmark U.S. crude slipped 2 cents to $44.44 a barrel in electronic trading on the New York Mercantile Exchange. The contract fell 27 cents to settle at $44.46 a barrel in New York. Brent crude, used to price international oils, climbed 2 cents to $46.94 a barrel in London.