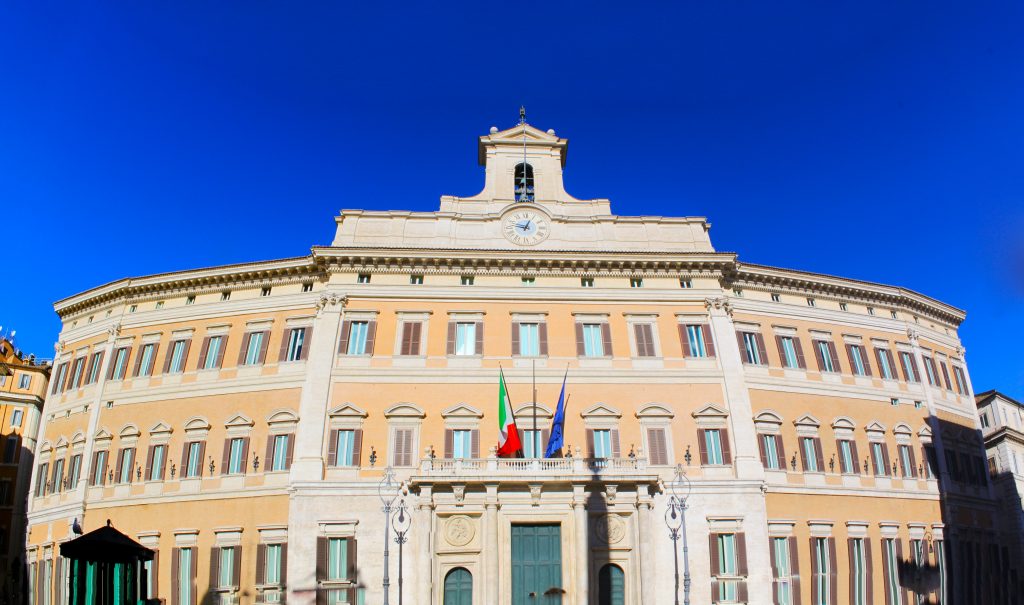 A scuffle broke out in Italy’s upper house of parliament on Thursday as right-wing senators protested against a bill that would grant citizenship to the children of immigrants.

The hotly-contested law, which is backed by the ruling Democratic Party (PD), formally arrived for debate in the Senate more than 1-1/2 years after it was approved by the lower house.

Senators from the anti-immigrant Northern League heckled the speaker, and brandished placards reading “Stop the invasion,” which were promptly snatched from their hands by parliamentary staff, video posted to the social media account of the party’s leader Matteo Salvini showed.

Education Minister Valeria Fedeli was mildly injured when a chair hit her on the elbow during the fracas, and the Northern League’s leader in the Senate asked for ice to be applied to a swollen hand, Italian media reported.

Fedeli later said on Twitter, “I am fine, thanks to all. Attempts at bullying will not stop a battle of civilization like the #IusSoli,” using the law’s Latin name, which means “right of the land.”

Under the law, babies born in Italy to non-Italians, or children who arrived before their 12th birthdays and have spent at least five years in formal education in Italy, could be declared citizens.

According to the proposed legislation, one or both parents would need to have a long-term residence permit before they could apply for citizenship for a child. A request could be made up to two years after a child turns 18.

Immigration is one of the thorniest issues facing Italian politicians after more than half a million mainly sub-Saharan Africans have arrived by boat from Libya over the last three years.

Non-natives have bolstered a shrinking population, and research institute the ISMU Foundation estimated there were around one million foreign minors residing in Italy in 2014.

The anti-establishment 5-Star Movement, Italy’s largest opposition party, which vies with the PD for the top spot in opinion polls, declared it would abstain from voting on the law.

Five-Star wrote on its blog on Wednesday that someone born in Italy to foreign parents who lives there until they reach 18 already has the right to apply for citizenship.

“They are trying to fob us off with an Italian-style botch-job and give a political sop to people who still feed on ideology,” it said.