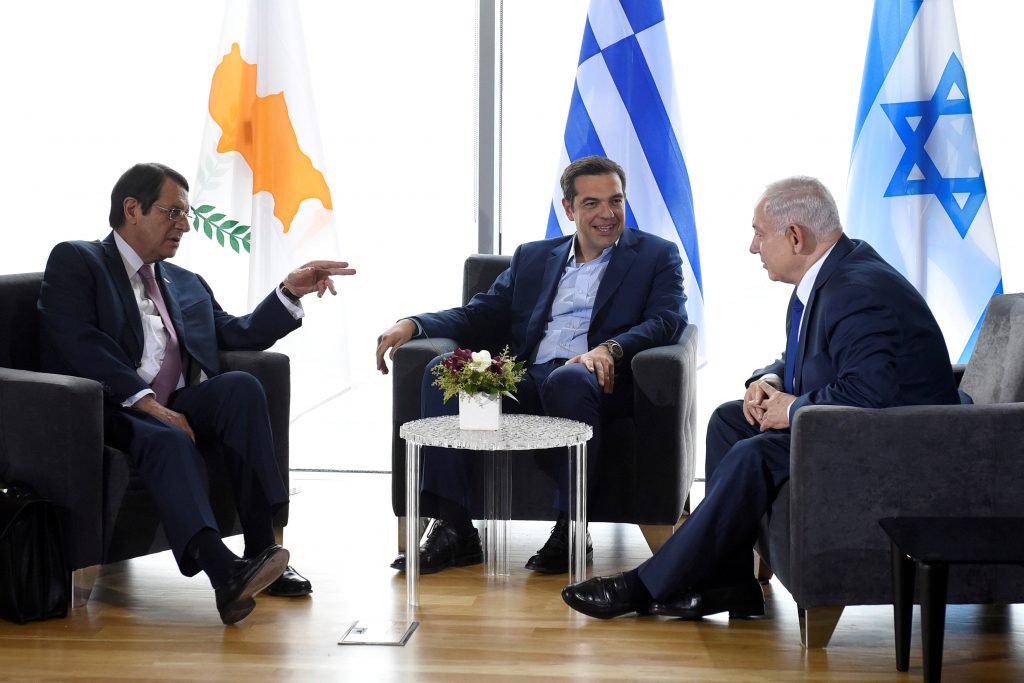 Israel is hoping to export much of its newly discovered natural gas to Europe by a proposed 1,350-mile undersea pipeline to Cyprus and Greece.

“Of course the idea of the East Med pipeline would be a revolution. We’ve had preliminary studies of it. It seems promising and we’re going to look further.”

Netanyahu met with Greek Prime Minister Alexis Tsipras and Cypriot President Nicos Anastasiades, after the three countries signed a joint declaration in Tel Aviv in April to promote construction of the pipeline.

Greece and Israel are also planning an undersea electricity cable link and are also considering a Mediterranean data cable.

Once frosty, Israel’s ties with Greece and Cyprus have markedly improved in recent years, coinciding with a spat between Israel and regional rival Turkey.

“There’s a simple fact with Cyprus, Greece and Israel that brings us very close together. We are all democracies — real democracies,” Netanyahu said.

“And when you look at our region … that’s not a common commodity.”

More than 3,500 police officers were deployed around the city, which historically had a large Jewish community that was almost wiped out during the Nazi occupation in World War II.

While in Thessaloniki, Netanyahu also visited several Jewish sites, including the grounds of a planned Holocaust museum.