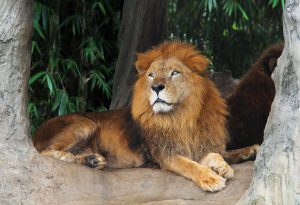 Police in Pakistan have arrested a man who took his pet lion for a night-time drive through the streets of the bustling southern port city of Karachi after video of the incident went viral on social media, police said on Thursday.

Keeping wild cats as pets is not uncommon in Pakistan, where wealthy businessmen have been known to operate private zoos and sometimes parade the animals for the public.

The brief clip shows a docile lion lounging in the back of a pick-up truck, restrained by a leash and collar, as curious onlookers walk past in the city of about 20 million people.

Businessman Saqlain Javed was arrested on Wednesday but later freed on bail.

“The man was driving around with his lion near a local market and it was a matter of endangering public life and property,” senior police superintendent Muqadas Haider told Reuters.

Javed has a license to run a personal zoo and raise lion cubs, Haider added, but is not allowed to transport the animal on city streets.

The lion has been returned to its home as police consult the wildlife department on further action.

Javed was not immediately available for comment. Police said he claimed to be taking the animal home after a visit to a vet.

“We have a security detail monitoring the property to make sure the lion is not removed,” Haided added.

In 2015, a pet lioness gave birth to five cubs in the central city of Multan, media said at the time.