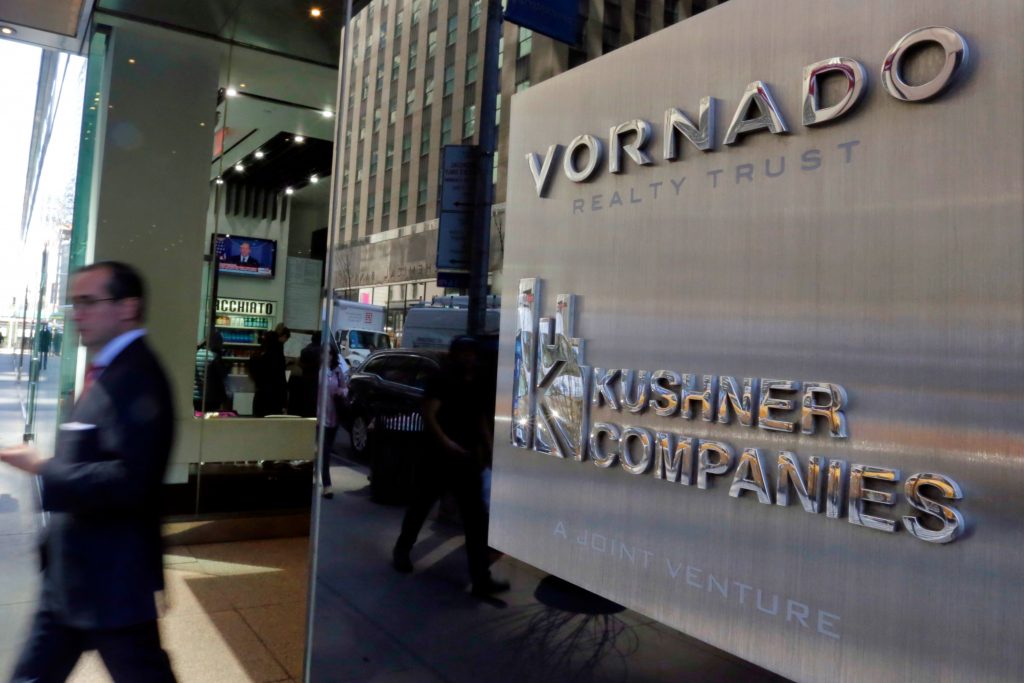 Ties to the White House may ultimately help the Kushner Cos., but recent trouble in a New Jersey City suggests they can hurt a bit, too.

The real estate firm owned by the family of Jared Kushner has withdrawn a request for a big tax break for one of its building projects in Jersey City, New Jersey, city spokeswoman Jennifer Morrill said on Wednesday. Opponents of such breaks marched in front of another Kushner property in the city earlier this year, and the mayor recently came out against the company’s request.

The company had sought a 30-year break from city taxes for the planned building, called One Journal Square, a proposed two-tower complex in a struggling section of the city. The Kushner Cos. is also seeking breaks from state taxes.

Jared Kushner was CEO of the family company before stepping down to become a senior adviser to his father-in-law, President Donald Trump.

Kushner Cos. spokesman James Yolles said the company is committed to the “much-needed investment” in that area of the city.

The loss of the tax break is the latest blow for the company in a city where it is a major real estate developer.

The 79-story One Journal Square project gained attention last month after Jared Kushner’s sister, Nicole Kushner Meyer, mentioned her brother in a presentation in Beijing where she had hoped to attract Chinese investors in the building. Marketing material noted the “celebrity status” of her family.

Government ethics experts blasted the family for what they said was an attempt to profit off Jared Kushner’s position in Washington, and the Kushner Cos. canceled upcoming investor presentations in the country.

The company said Meyer wasn’t trying to use her White House ties to attract investors.

The Kushner family is seeking 300 wealthy Chinese to invest a total of $150 million in One Journal Square. The family was trying to raise money through the EB-5 visa program that grants temporary U.S. residency to wealthy foreigners in exchange for investments of at least $500,000 in certain U.S. projects

The company also is in danger of losing another tax break for the building. The shared office space firm WeWork recently pulled out as anchor tenant. That has put in doubt a state break tied to WeWork.

“Earlier this year, we looked at the market and decided not to proceed with WeWork,” said Kushner Cos. spokesman Yolles. “Instead, we decided to do a more conventional project, which would result in better economics.”

Another project in the city is off, too. The Kushner Cos. once considered bidding to develop a 95-acre industrial site along the Hackensack River for housing, a project called Bayfront. Last month, it was revealed the family had withdrawn from those plans.

The Kushner Cos. has said politics had nothing to do with its decision to withdraw from Bayfront, and that “economics of the deal” drove the move.

As for One Journal Square, company spokesman Yolles said the project will provide 4,000 construction jobs and $180 million in tax revenue for the city over 30 years.

Jersey City Mayor Steven Fulop, a Democrat, is running for re-election this fall, and tax breaks to developers have become a major issue.

Unlike neighboring Hoboken, Jersey City has granted dozens of tax breaks in recent years. Fulop had campaigned to reform the practice, but critics say he has done little.

Another Kushner property in the city overlooking the Hudson River got a five-year tax break soon after Fulop was elected mayor. That 50-story building has licensed the Trump name and is called Trump Bay Street. The building was also partly financed with EB-5 visa money from abroad.