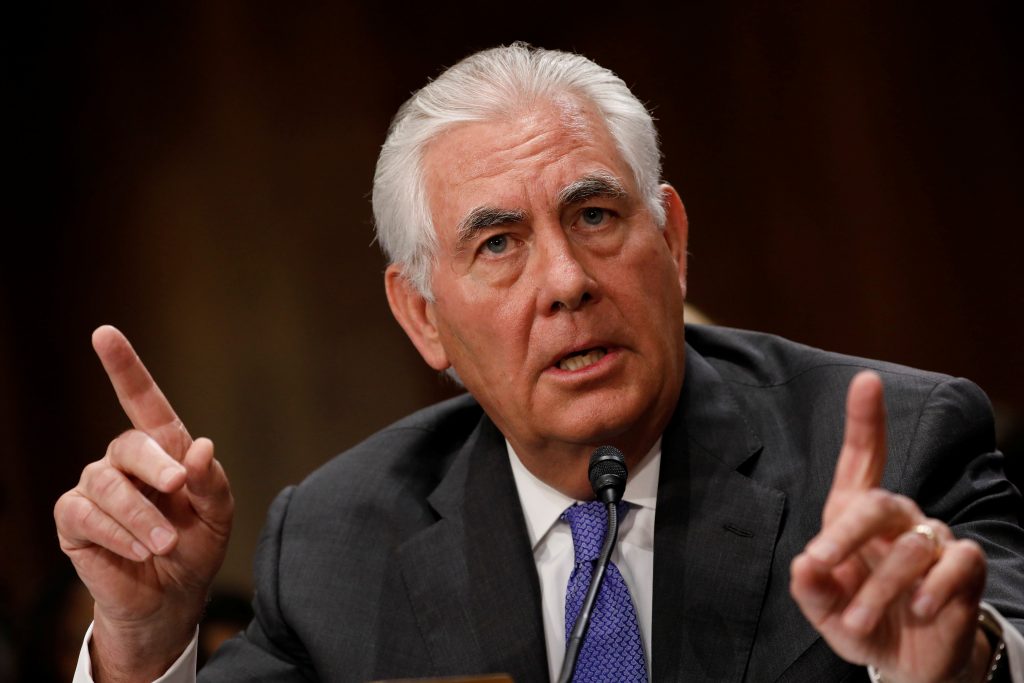 Secretary of State Rex Tillerson signaled on Wednesday that the United States could back away from the Minsk agreement to end fighting in Ukraine, telling a congressional hearing the Trump administration does not want to be “handcuffed.”

Tillerson said it was possible that the Ukrainian government could come to an agreement with Moscow outside the structure of the 2015 accord.

“I think it is important that we be given sufficient flexibility to achieve the Minsk objectives. It is very possible that the government of Ukraine and the government of Russia could come to a satisfactory resolution through some structure other than Minsk,” Tillerson told the House Foreign Affairs Committee.

“My caution is I wouldn’t want to have ourselves handcuffed to Minsk if it turns out the parties decide to settle this through another, a different, agreement,” he said.

The Minsk peace agreement, brokered by France and Germany and signed by Russia and Ukraine in February 2015, calls for a ceasefire, the withdrawal of heavy weapons from the front line, and constitutional reform to give eastern Ukraine more autonomy.

As Washington focuses on potential Trump administration ties to Russia, lawmakers have been insisting that no sanctions on Russia be lifted until it complies with the agreement.

Tillerson was responding to Representative Eliot Engel, the committee’s ranking Democrat, who asked if it was in the U.S. interest to relax sanctions on Russia before it fully complied.

Engel said the approach suggested by Tillerson would send the wrong signal to Russia.

“If they think that we’re somehow willing to relax the sanctions on them before they’ve complied with the Minsk framework and left Crimea, I think it just will encourage Putin to continue his bullying,” Engel said.

“And who knows where he’ll strike next.”

Tillerson spoke at a wide-ranging budget hearing in which he also discussed Trump’s China policy and said he expected the administration to complete a review of Afghan policy in the coming weeks.

Many members of Congress, including some of Trump’s fellow Republicans, disagree sharply with his proposal to slash foreign aid and spending on diplomacy.

Trump, who wants sharp increases in military spending, sees the proposed cuts as a way to help balance the budget. His critics say that such an approach would pose a threat to the country’s security by weakening so-called “soft power” programs that win international support.