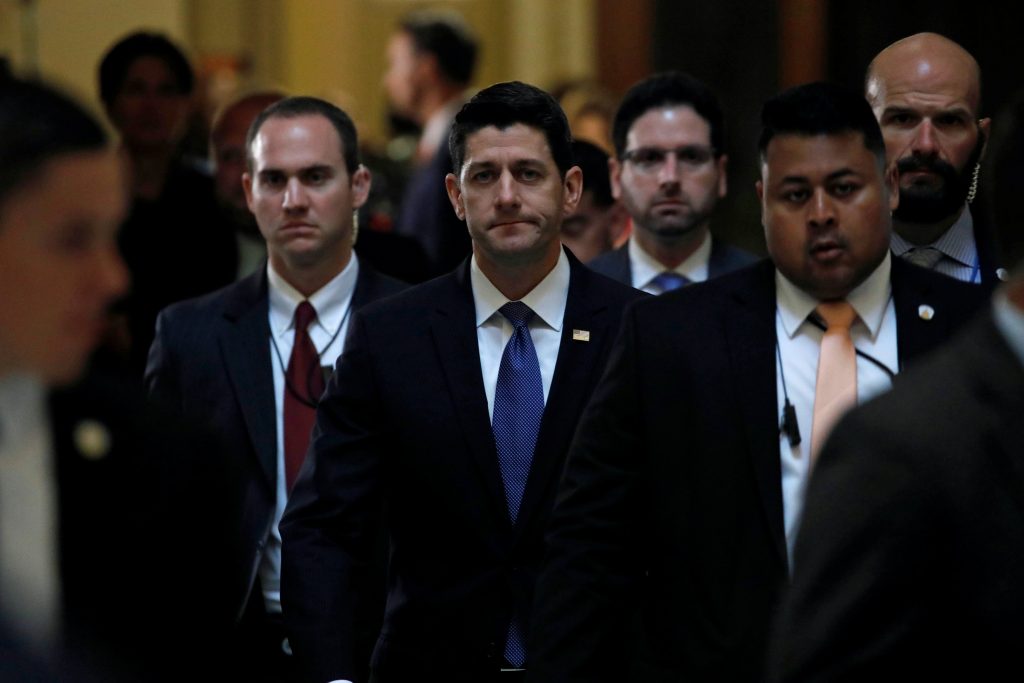 The House reconvened shortly after noon on Wednesday, coming together in the wake of Wednesday’s shooting at the Republicans’ congressional baseball practice, with an impassioned Speaker Paul D. Ryan stating, “An attack on one of us is an attack on all of us.”

Members of the House on both sides of the aisle stood and cheered at the words as they reeled from the attack that injured Majority Whip Steve Scalise (R-La.), Capitol Police officers Krystal Griner and David Bailey, Zack Barth, a staffer for Texas Rep. Roger Williams, and Matt Mika, director of government relations for Tyson Foods.

“My colleagues, there are very strong emotions throughout this House today. We are all horrified by this dreadful attack on our friends and our colleagues and those who serve to protect this Capital,” he said after calling the House to order and leading members in the Pledge of Allegiance.

“Many lives would have been lost,” had it not been for two Capitol police officers present at the congressional baseball practice, Ryan continued.

“There are so many memories from this day that we will want to forget,” Ryan said. Adding there are “so many images we will not want to see again.”

One memory Ryan said should be kept is that of his Democratic colleagues joining in prayer for Republican members at their own practice Wednesday morning in northeast Washington.

In a show of solidarity, House Minority Leader Nancy Pelosi (D-Calif.) said on the House floor: “I identify with the remarks of the speaker.”

Pelosi said she would be asking for updates on Scalise’s condition “every five minutes.”

“Every time I pray, which is very frequently … I pray for all of you,” Pelosi said.

Pelsoi said she also prays that Donald Trump’s presidency is successful and that his family remains safe.

“It’s an injury in the family,” Pelosi said of the shooting.

“We cannot let that be a victory for the assailant,” Pelosi said, encouraging the game to go on. “We will use this occasion as one that will bring us together.”

Pelosi’s remarks also got a standing ovation from members in the chamber.