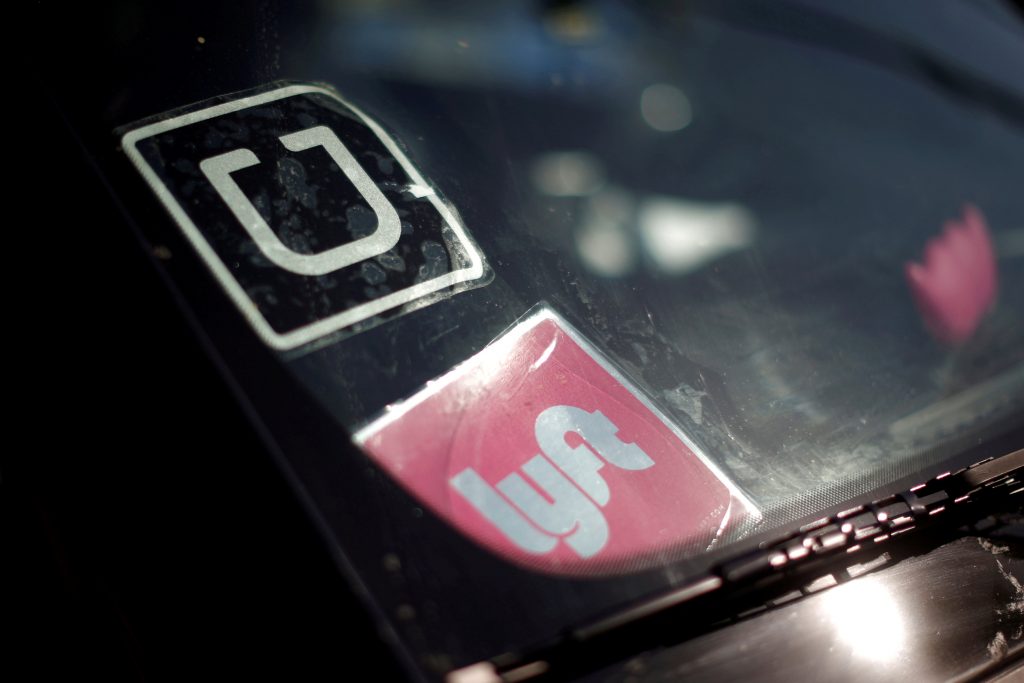 Lyft casts itself as the softer, kinder alternative to Uber. But there’s nothing gentle about the way the country’s second-largest ride-hailing company is capitalizing on its chief rival’s missteps.

While Uber has been engulfed in months of turmoil, capped off Tuesday by the release of the findings of an investigation into workplace culture and news of founder Travis Kalanick’s hiatus, Lyft has raised an additional $600 million in funding to fuel its expansion. It has announced a deal with Jaguar Land Rover to unveil a fleet of luxury vehicles, once Uber’s forte, and announced self-driving car partnerships with General Motors and Google’s parent company, Alphabet, which is suing Uber, accusing it of stealing trade secrets.

And don’t think for a second that Lyft wasn’t giddy about the #DeleteUber campaign in January, when social media users lashed out at Uber for appearing to continue to offer service at John F. Kennedy Airport in New York during a taxi strike over President Trump’s ban on travel from seven majority Muslim countries.

“We’re woke. Our community is woke, and the U.S. population is woke,” Lyft President John Zimmer told Time magazine in an interview, using a term popularized by black activist communities to denote familiarity with class struggle and hidden power dynamics.

Uber’s loss is already proving to be Lyft’s gain. The smaller San Francisco ride-hailing company has seen its U.S. market share rise to 24.7 percent from 21.2 percent since Feb. 19 when former Uber employee Susan Fowler alleged widespread harassment at the San Francisco company. The post sparked the internal investigation at Uber.

Meanwhile, Uber has seen its share of rides in the U.S. drop to 75 percent from 90 percent over the last two years, according to data provided to USA Today by TXN Solutions, which used credit card receipts to estimate sales for Uber and Lyft.

Raising optimism at Lyft is the fact that the #DeleteUber bump in ridership has been sustained. All told, the 70.4 million rides Lyft registered in the first three months of this year was nearly 2.5 times more than a year earlier.

Lyft declined an interview but provided a statement saying the company’s recent growth “has been driven by the same set of business strategies and values that have defined Lyft since Day 1.”

Analysts say the torrent of bad Uber news can only help Lyft as it may persuade more riders to give the service a chance, whereas in the past, they’d automatically swipe toward Uber, assuming the dominant service would have more cars nearby. The key to Lyft gaining more ground will be to make sure there are enough drivers to give those new riders a reason to switch.

“Uber has created a crack,” said Michael Ramsey, an analyst for Gartner research. “Lyft has to make sure there’s drivers on the other side.”

Those statistics matter. History shows that the underdog can triumph in the face of scandal, said James Haggerty, a crisis communications expert and president and chief executive of PRCG/Haggerty. Just take Toyota, an automaker with a history of being at the top of the chain.

After recalling millions of vehicles because of acceleration issues, previously loyal Toyota owners and car buyers turned to the company’s rivals, particularly GM and Ford, as Toyota’s market share plummeted in 2010.

Still, Haggerty says Lyft must ensure that it’s selling the real deal — a product that isn’t pandering to the public’s calls for social equality in the workplace.

In this day and age, “business is done in real time and reputations are won and lost in real time,” he said. “If you ain’t woke, you better not be running around saying you are.”