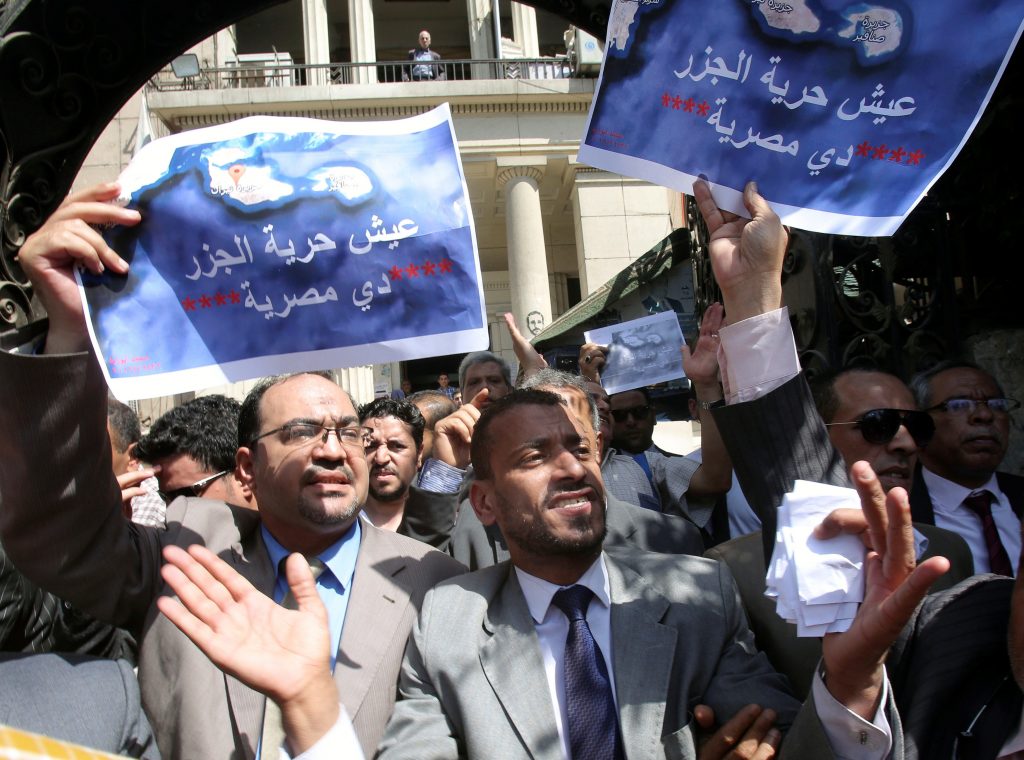 In defiance of a court ruling, Egypt’s parliament voted on Wednesday to ratify a disputed 2016 agreement that would transfer two strategic Red Sea islands to Saudi Arabia.

The vote, in which lawmakers in favor were asked to stand up, came shortly after the 596-seat chamber opened a debate on the pact earlier in the day. The outcome was a foregone conclusion since the legislature is packed with supporters of President Abdel-Fattah el-Sissi, whose government signed the deal when Saudi King Salman visited last year.

The vote and the uncustomary speed with which the house processed the agreement are likely to spark protests by Egyptians opposed to the deal, as well as lead to potentially destabilizing legal battles between the legislative branch of government and the judiciary after a court ruled against the islands transfer in January.

Lawmakers who back the deal have insisted that only parliament has the right to ratify international agreements.

“The ruling by the highest administrative court annulling the agreement makes parliament’s discussion and ratification of the agreement invalid,” said Raafat Fouda, a constitutional law professor at Cairo University.

Police and opponents of the deal clashed late Tuesday in downtown Cairo, with policemen kicking, punching and using sticks to beat several dozen protesters outside the national journalists’ union. An unspecified number of arrests were made, and eight protesters remained in police custody on Wednesday, according to defense lawyers.

Prosecutors later ordered the eight, who included three journalists, to be held until Thursday pending investigation by state security services over charges they disrupted public services and security, attempted to provoke sedition, and protested without a permit.

After the islands agreement was first announced in 2016, Egypt saw the largest anti-government protests since el-Sissi took office in 2014. Hundreds of demonstrators and activists were arrested, with most later released.

“Ratifying the agreement in this manner will create a deep rift between the president and a large segment of society,” said Khaled Dawoud, leader of the opposition Dostour (Constitution) party. “It is a turning point in our relationship with the president.”

Earlier Wednesday, the house’s defense and national security committee approved the deal with a 35-2 vote, becoming the second such body to do so in as many days. The legislative and constitutional committee approved the deal on Tuesday after a three-day, often raucous review during which lawmakers got into heated arguments, pushed and shoved each other and came close to blows.

The government insists the islands of Tiran and Sanafir at the mouth of the Gulf of Aqaba were always Saudi but were placed under Egypt’s protection amid Arab-Israeli tensions in the 1950s. Critics have linked the islands transfer to the billions of dollars in Saudi aid given to el-Sissi’s government, saying it amounts to a sell-off of sovereign territory.

“There is nothing in the agreement that violates the constitution,” Kamal Amer, chairman of the defense committee, told the house on Wednesday before the vote. “It is designed to realize and perpetuate the mutual interests of the two nations, and it also came in response to Saudi requests (to take back the islands) made in 1984, 1989 and 1990.”

“The demarcation of the border between Saudi Arabia and Egypt confirmed that the islands are on the side of that brotherly nation, but we are confident that they (the islands) will always be used to serve national Egyptian and Arab security,” Amer added.

The island of Tiran, a popular destination for Red Sea divers, controls a narrow shipping lane that leads to and from the ports of Eilat and Aqaba, in Israel and Jordan respectively. Egypt’s unilateral closure of that lane was among the main reasons behind the outbreak of the 1967 Arab-Israeli war, in which Egypt lost the entire Sinai Peninsula.

Control over Sinai was restored to Egypt under its 1979 peace treaty with Israel.