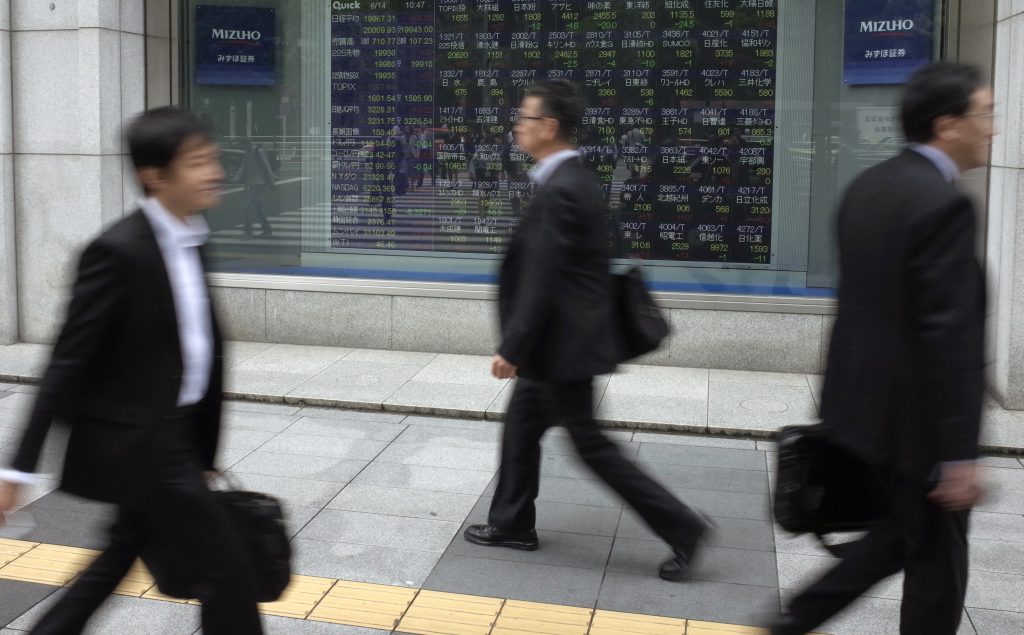 Asian shares turned mixed on Wednesday while the dollar was left adrift as investors everywhere awaited clarity on the Federal Reserve’s future path for U.S. policy after a likely rate rise later in the day.

Futures for European bourses likewise pointed to marginal early gains with the Eurostoxx 50 up 0.1 percent.

The reaction was tepid, with Shanghai stocks easing 0.7 percent. Investors dumped stocks partly owned by Anbang Insurance Group after the company said its chairman was temporarily unable to fulfill his duties.

Moves elsewhere were cautious with MSCI’s broadest index of Asia-Pacific shares outside Japan up 0.1 percent and Japan’s Nikkei down 0.08 percent.

Wall Street had been in a more confident mood overnight, with major indexes closing at record peaks. The Dow rose 0.44 percent, while the S&P 500 gained 0.45 percent and the Nasdaq 0.73 percent.

The U.S. central bank is scheduled to release its decision at 1800 GMT on Wednesday with a news conference to follow from Chair Janet Yellen.

Investors fully expect a rate rise largely because Fed officials have told them to, so attention will rather be on the outlook for policy and particularly when the central bank might begin to wind down its massive portfolio of U.S. debt.

“The main focus will be on the Fed’s balance sheet policy,” said Michelle Girard, chief U.S. economist at RBS.

“While we expect the formal announcement of a change in its balance sheet policy to be made in September, we do not rule out the possibility that strong guidance regarding the time frame for tapering is delivered sooner.”

While the Fed still has another hike penciled in for this year, a recent run of soft inflation data has left fund futures implying only a 40 percent chance of a move by December.

The market’s five-year outlook for inflation has been falling steadily and currently stands at a seven-month trough of 2.18 percent.

It had spiked as high as 2.52 percent last November in the wake of President Donald Trump’s surprise election victory.

This leaves the market vulnerable to any hawkish spin from the Fed, which would likely slug Treasury prices while lifting the embattled U.S. dollar.

The currency could do with the help, having taken a fresh knock on Tuesday when the head of Canada’s central bank put his own hawkish spin on the outlook for rates there.

It also lost ground to sterling after U.K. inflation data surprised on the high side and amid reports that Britain’s ruling Conservative Party was likely to sign a deal on Wednesday to form a minority government.

In commodity markets, oil slipped after industry data showed a surprise rise in crude stocks and OPEC reported an increase in its production despite its pledge to cut back.