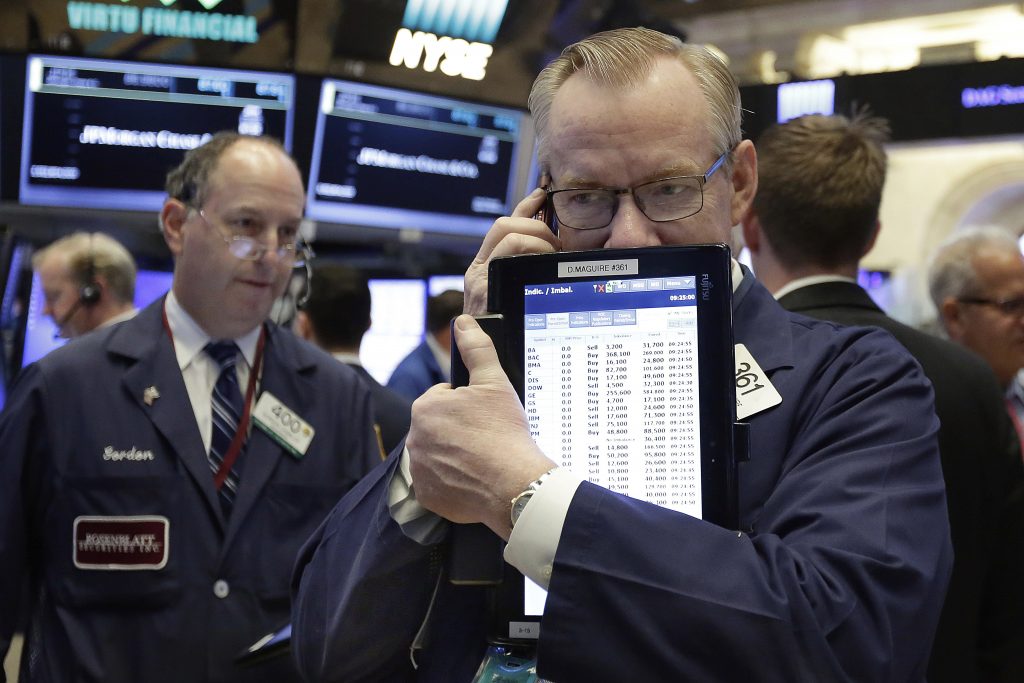 U.S. stocks rose on Tuesday, with the Dow hitting an all-time high as bank and technology shares gained.

The S&P 500 technology sector rose 0.71 percent, recovering from its biggest two-day decline in nearly a year on Monday, and topped the list of gainers among the 11 major S&P indexes.

Shares of Microsoft, Alphabet and Apple — which were hit hard by the rout — powered the technology index on Tuesday.

“The selloff in tech probably was a bit further than people expected, so there is some bargain hunting back into that sector,” said Rick Meckler, president of LibertyView Capital Management. “I think the sector rotation could go on for a while.”

Investors are also likely to stay away from making big bets ahead of a near-certain interest rate hike from the Federal Reserve.

Traders have priced in a 94 percent chance of the Fed raising rates after its two-day meeting that starts on Tuesday. Investors are also looking for more details on the central bank’s plans to trim its $4.5 trillion balance sheet.

The Fed is expected to release its decision at 2:00 p.m. ET (1800 GMT) on Wednesday, followed by a press conference by Fed Chair Janet Yellen.

Six of the 11 major S&P sectors were higher, while defensive plays like utilities, telecom services and consumer staples were lower.

Financials rose 0.51 percent, helped by gains in big banks after the U.S. Treasury Department announced a plan to make sweeping changes to banking regulations on Monday.

The department proposed to reduce trading restrictions that the banks face, ease their annual stress tests, and curb the powers of the Consumer Financial Protection Bureau (CFPB).

“I think investors are unsure of real regulatory changes, but this is enough talk to keep them interested,” Meckler said.

Amazon.com rose 0.7 percent, after recording losses for the past two days, and gave the biggest boost to the consumer discretionary index.

Restaurant chain operator Cheesecake Factory was down nearly 10 percent at $52.61 after it warned of a decline in comparable store sales in the current quarter.