Politics Treasury Chief: At Times, a Gov’t Shutdown Could Be ‘Good’
Politics 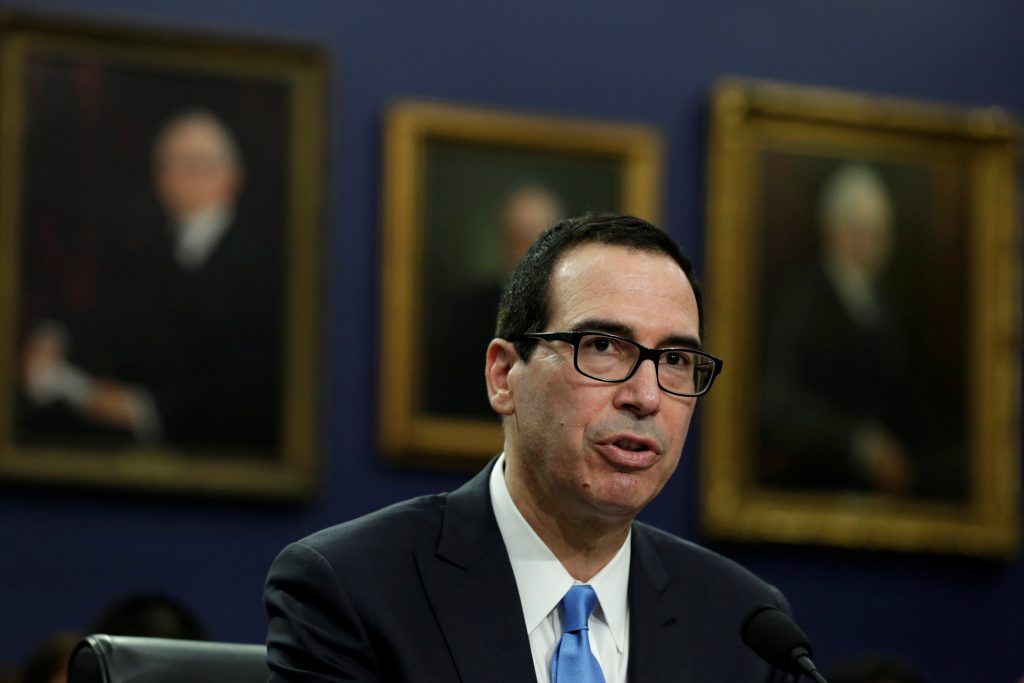 Treasury Secretary Steven Mnuchin agrees with President Donald Trump that there could be such a thing as a “good” government shutdown.

Mnuchin told the Senate Budget Committee that “at times there could be a good shutdown,” though he added it’s not the administration’s “primary objective.”

Last month, after Democrats blocked funding for Pres. Trump’s oft-promised wall along the U.S.-Mexico border, the president tweeted that “our country needs a good ‘shutdown’ in September to fix mess!”

Government shutdowns used to be seen as politically radioactive. More than 20 years ago, a pair of GOP-initiated shutdowns over Republican budget cuts bolstered President Bill Clinton’s political prospects as he ran for reelection.

Mnuchin stressed that he is seeking speedy passage of separate legislation to increase the government’s borrowing cap, or debt limit, and avert any possibility of the U.S. defaulting on obligations such as interest payments on bonds and interrupting benefit programs. A shutdown, however, comes when Congress fails to pass spending bills, which would cause non-essential government agencies to close their doors.

Mnuchin seemed to agree with Trump that a shutdown of Washington could shake things up and produce positive results.

“There could be reasons at various times why that is the right outcome,” Mnuchin said.

He was then pressed by Sen. Tim Kaine, D-Va., about the uncertainty to the economy and government workers that a shutdown could spark.

“If the certainty is bad, I’d rather have uncertainty that could lead to good outcomes than certainty that assures bad outcomes,” Mnuchin said. “But these are very hypothetical situations.”

He said that “critical functions of the government” like the military and air traffic control would continue.

“I assure you — just as I’ve said with the debt limit … we would never shut down critical functions of the government,” he said.