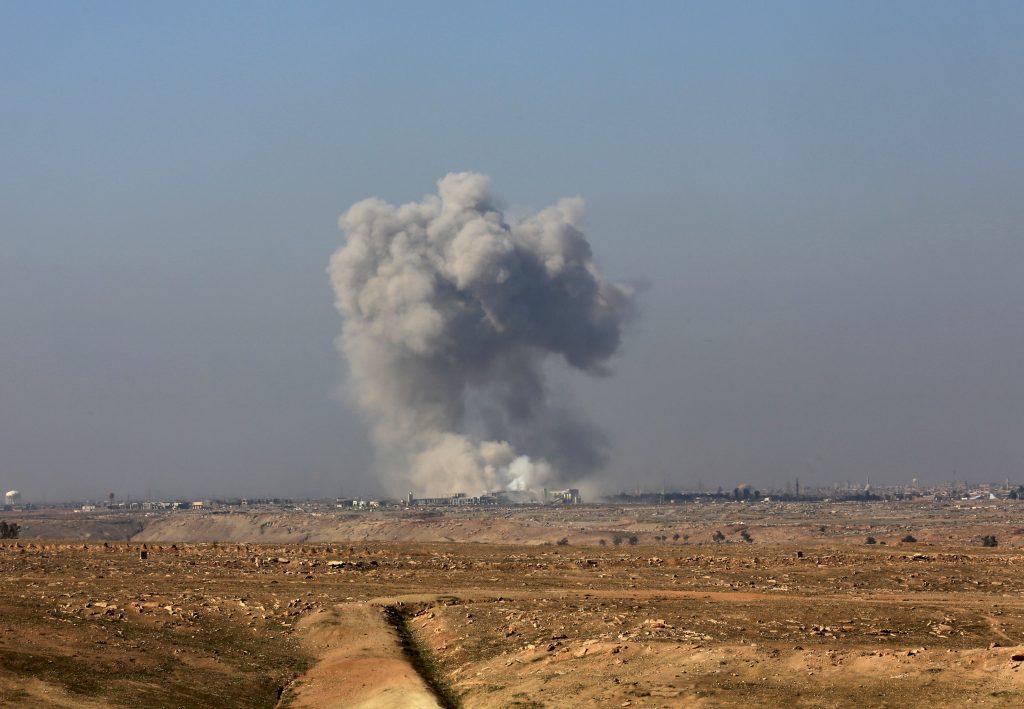 A mass food poisoning at a camp for the displaced near the northern city of Mosul has killed at least two people and sickened over 700, Iraq’s health minister said on Tuesday.

An Iraqi lawmaker who visited the camp and Saudi state media accused a charity from Qatar — a small Gulf Arab country engulfed in a major diplomatic dispute with Saudi Arabia and several other Arab and Muslim nations — of providing the tainted food. The claims could not be independently confirmed and Qatari officials did not immediately answer calls for comment.

Adila Hamoud, the Iraqi minister, told The Associated Press in Baghdad that 752 people became ill after a meal the previous evening at the Hassan Sham U2 camp, located about 20 kilometers (13 miles) east of Mosul.

The food, provided by a nongovernmental organization, was meant for an iftar, a meal with which Muslims break their dawn-to-dusk fasting during the month of Ramadan. Hamoud said a woman and a girl died, while at least 300 people remain in critical condition.

She would not speculate whether the poisoning might have been intentional.

A formal investigation was launched into the incident by authorities, said lawmaker Raad al-Dahlaki, who chairs the parliament’s immigration and displacement committee. Al-Dahlaki, who visited the camp overnight, said the meal contained rice, a bean sauce, meat, yoghurt and water. He put the number of sickened people at 850.

Al-Dahlaki said the meals were distributed by a Qatari charity known as RAF. He added that Iraqi officials were to meet those from the organization later on Tuesday. The Doha-based charity did not immediately respond to requests for comment.

Since a diplomatic crisis between Qatar and other Arab nations led by Saudi Arabia began June 5, Arab media across the greater Persian Gulf have daily unleashed a series of highly critical reports on Qatar. Those reports include highly provocative stories about Qatar allegedly trying to undermine regional security, often presented without attribution or evidence.

RAF is the acronym for the Qatar-based Thani Bin Abdullah Al Thani Foundation for Humanitarian Services, a charity that collects donations to do aid work around the world, including providing meals to needy families during the month of Ramadan.

Qatari government officials also did not immediately respond to a request for comment.

RAF is also among 12 organizations and 59 people put on what Saudi, Emirati and Bahraini officials described as a list of terror entities and individuals on Friday.

On Qatari state television meanwhile, a repeatedly aired program has discussed how the ongoing diplomatic dispute has stopped it from providing meals to Syrian refugees at a major camp in Jordan.

The Hassan Sham U2 camp houses thousands who have fled their homes in and around Mosul after a U.S.-backed Iraqi offensive was launched to dislodge the Islamic State terror group from the city last October. According to the U.N. refugee agency, it is home to 6,235 people.

Iraq’s second-largest city, Mosul, fell to IS in the summer of 2014 as the militants swept over much of the country’s northern and western areas. Weeks later, the head of the Sunni extremist group, Abu Bakr al-Baghdadi, announced the formation of a self-styled caliphate in Iraq and Syria from the pulpit of a Mosul mosque.

Months after the start of the Iraqi offensive, IS militants now only control a handful of neighborhoods in and around the Old City, located west of the Tigris River, which divides Mosul into its western and eastern sector.