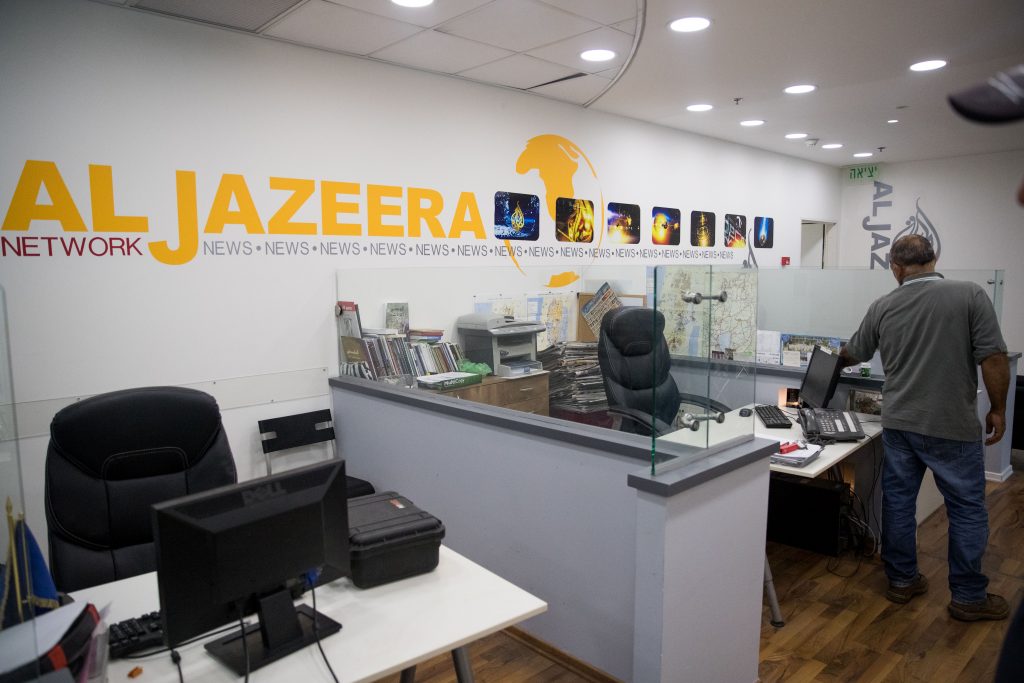 In response to reports that the Israeli government is considering a move to shut down the Al Jazeera news bureau in Yerushalayim, the Qatari network has threatened to take its case to the High Court.

Prime Minister Binyamin Netanyahu convened a meeting Monday to discuss the possibility, according to Tuesday’s Yedioth Ahronoth. The newspaper said he convened the Foreign Ministry, Shin Bet, Government Press Office and Defense Ministry to examine the matter, and staff work has begun on it.

Al Jazeera has been condemned as the communications arm of Qatari terror incitement, and Saudi Arabia and Jordan have closed down its offices in Riyadh and Amman. Among other things, it stands accused of giving a platform to the Islamist terror groups in Syria, Libya and elsewhere.

Defense Minister Avigdor Liberman asserted Monday that Al Jazeera is “not media” and “not journalism.”

“It’s truly an instrument of incitement and propaganda in the disgraceful style of Nazi Germany or the Soviet Union,” he said, and noted that it never carries anything critical of Iran. Al Jazeera and the Foreign Press Associated declined to respond to Liberman’s remarks.

“What’s wrong with Al Jazeera?” he asked. “We are duly registered, law-abiding workers who pay taxes and behave according to journalistic ethics. From day one we have been registered. Everything is transparent, everything is coherent.

“If they try to discontinue our activity in Israel and close our office here, we will petition the High Court,” he said. He went on to suggest that the issue was not biased or inciteful reporting, but an effort to find favor with the Sunni Arab countries which have launched a boycott of Qatar.

Al Jazeera lists the location of its office in Yerushalayim as “Palestine,” and has branches in Gaza and Ramallah.