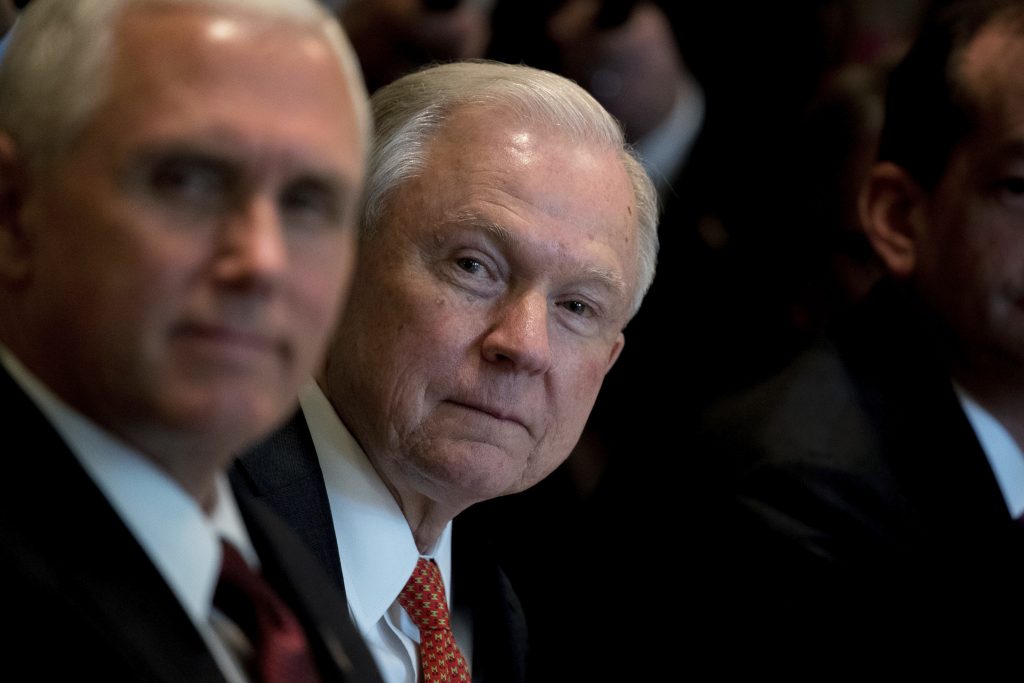 Attorney General Jeff Sessions is preparing for sharp questions from his former Senate colleagues about his role in the firing of James Comey, his Russian contacts during the campaign and his decision to recuse himself from an investigation into possible ties between Moscow and associates of President Donald Trump.

The public testimony Tuesday before the Senate intelligence committee should yield AG Sessions’s most extensive comments to date on questions that have dogged his entire tenure as attorney general and that led him three months ago to step aside from the Russia probe.

Lawmakers for weeks have demanded answers from AG Sessions, particularly about meetings he had last summer and fall with the Russian ambassador to the United States.

Those calls have escalated since fired FBI Director James Comey cryptically told lawmakers on Thursday that the bureau had expected AG Sessions to recuse himself weeks before he did from an investigation into contacts between Trump campaign associates and Russia during the 2016 presidential election.

AG Sessions, a close campaign adviser to Donald Trump and the first senator to endorse him, stepped aside from the investigation in early March after acknowledging he had spoken twice in the months before the election with the Russian ambassador. He said at his January confirmation hearing that he had not met with Russians during the campaign.

Since then, lawmakers have raised questions about a possible third meeting at a Washington hotel, though the Justice Department has said that did not happen.

Mr. Sessions on Saturday said he would appear before the Intelligence Committee, which has been doing its own investigation into Russian contacts with the Trump campaign.

The hearing will bring contentious questioning for AG Sessions and likely some uncomfortable moments for the Trump administration.

The attorney general is likely to be asked about his conversations with Ambassador Sergey Kislyak and whether there were more encounters that should have been made public. And he can expect questions about his involvement in former Director Comey’s May 9 firing, the circumstances surrounding his decision to recuse himself from the FBI’s investigation, and whether any of his actions — such as interviewing candidates for the FBI director position or meeting with the president about Comey — violated his recusal pledge.

Asked Monday if the White House thought AG Sessions should invoke executive privilege to avoid answering questions about his conversations with President Trump, presidential spokesman Sean Spicer replied, “It depends on the scope of the questions. To get into a hypothetical at this point would be premature.”

He did not explicitly endorse AG Sessions’s appearance, saying in response to a question, “We’re aware of it, and we’ll go from there.”

Mr. Comey himself had a riveting appearance before the same Senate panel last week, with some key moments centered on AG Sessions.

In addition, Comey has said Sessions did not respond when he complained that he did not want to be left alone with President Trump again. The Justice Department has denied that, saying Mr. Sessions stressed to Mr. Comey the need to be careful about following appropriate policies.

The former FBI director also testified that he and the agency had believed the attorney general was “inevitably going to recuse” for reasons he said he could not elaborate on.

“We also were aware of facts that I can’t discuss in an open setting that would make his continued engagement in a Russia-related investigation problematic,” Mr. Comey said.

AG Sessions’s appearance before the Intelligence Committee is an indication of just how much the Russia investigation has shaded his tenure. White House frustrations with the Justice Department spilled into public view last week, when President Trump on Twitter criticized the legal strategy in defending his proposed travel ban.

Sean Spicer, the spokesman, declined to say then that AG Sessions enjoyed Trump’s confidence, though spokeswoman Sarah Huckabee Sanders said later in the week that the president had confidence “in all of his Cabinet.”

Though the Justice Department maintains that it has fully disclosed the extent of Mr. Sessions’s foreign contacts last year, lawmakers have continued to press him for answers about an April 2016 event at the Mayflower Hotel in Washington, where both Sessions and Kislyak attended a foreign policy speech by the president.

Senate Democrats have raised the possibility that Sessions and Kislyak could have met there, though Justice Department officials say there were no private encounters or side meetings.

Lawmakers, including Al Franken of Minnesota and Patrick Leahy of Vermont, have asked the FBI to investigate and to determine if AG Sessions committed perjury when he denied having had meetings with Russians.