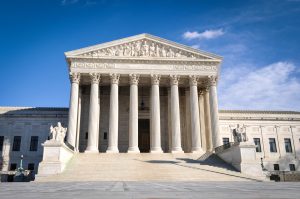 The U.S. Supreme Court on Monday cut the time it will take for copycat versions of biologic drugs to get to the market in a pivotal ruling about an expensive class of medicines that can yield billions of dollars in sales for drug companies.

The justices, in a 9-0 ruling, overturned a lower court’s decision that had prevented Swiss pharmaceutical company Novartis AG from selling its copycat version of California-based Amgen Inc’s Neupogen until six months after the U.S. Food and Drug Administration approved it.

The decision has major implications for the pharmaceutical industry because it will dictate how long brand-name makers of biologic drugs can keep near-copies, called biosimilars, off the market. Even the six months at issue in the case can mean hundreds of millions of dollars in sales.

Health insurers expect biosimilars to be cheaper than original brands, like generics, saving consumers billions of dollars each year.

Novartis said in a statement that the ruling “will help expedite patient access to life-enhancing treatments.”

Amgen spokeswoman Kelley Davenport said the company was disappointed but “will continue to seek to enforce our intellectual property against those parties that infringe upon our rights.”

The dispute involved a section of the 2010 Affordable Care Act, dubbed Obamacare, that created an expedited path for regulatory approval of biosimilars while trying to respect the patent rights of brand-name manufacturers.

Novartis complained that the 2015 ruling by the U.S. Court of Appeals for the Federal Circuit in Washington handed Amgen an extra six months of exclusivity on top of the 12 years already provided under the law.

Rising drug prices are a matter of concern for patients and policymakers. President Donald Trump has criticized the pharmaceutical industry over pricing practices, promising to encourage competition and bring down drug costs.

Unlike traditional drugs, biologics are made from living cells and cannot be copied exactly to make generic versions. They are used to treat a range of conditions, including Crohn’s disease, ulcerative colitis, rheumatoid arthritis, plaque psoriasis, certain cancers and diabetes.

After launch, Zarxio cost 15 percent less than Neupogen at list prices, according to Novartis. Sales of Neupogen, meanwhile, dropped from more than $1 billion in 2015 to $765 million last year, primarily due to competition in the United States, the company said in regulatory filings.

Biologics account for an ever-increasing share of U.S. prescription drug costs, according to an insurer trade group. It cited as an example AbbVie Inc’s Humira, which costs more than $50,000 per year.

The companies disagreed on how to apply that law’s requirement that a biosimilar drug maker give the brand-name manufacturer 180 days’ notice before launching its copycat version.

In July 2015, the appeals court ruled that the 180-day notice must be given after FDA approval, a ruling the Supreme Court reversed on Monday.

Writing for the court, Justice Clarence Thomas said that the decision was not based on policy arguments, but rather, the “plain language” of the biosimilar law itself.

The Trump administration had backed Novartis’ arguments in the case.