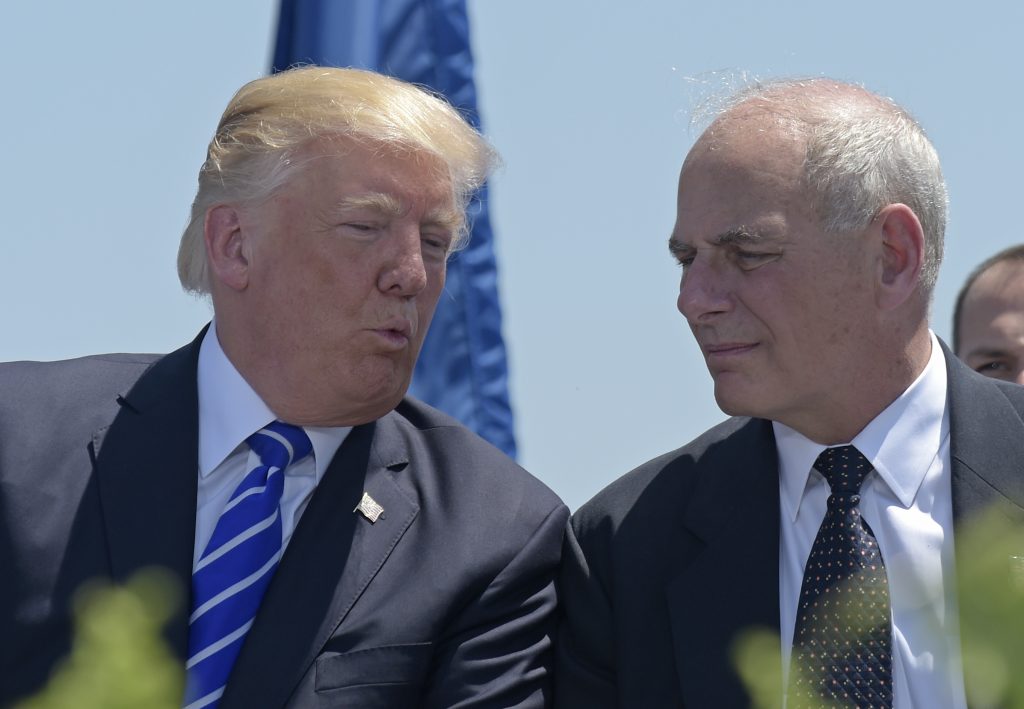 Tens of thousands of undocumented immigrants have been granted work permits by the Trump administration under an Obama-era deferred action program that President Donald Trump had promised to end on his first day in office, according to federal data.

Trump had called the Deferred Action for Childhood Arrivals program an “unconstitutional executive amnesty” during his campaign. But statistics from U.S. Citizenship and Immigration Services released last week showed that more than 17,000 new DACA applicants were approved for the program in the first three months of 2017.

In addition, more 107,000 immigrants already enrolled in DACA had their two-year work permits renewed during that time frame, which includes the final 20 days of President Barack Obama’s tenure in January.

The new figures make clear that the deferred action program for immigrants brought to the country illegally as children – often known as “dreamers” – has continued on a robust pace under Trump. This comes despite concerns from some immigrant advocates that the administration would start targeting work permit-holders for deportations.

Trump has waffled on DACA since taking office. In April, he told the Associated Press that dreamers should “rest easy” and not fear deportation. But his failure to follow through on a key pledge to voters has angered immigration hawks.

“It’s a violation of a campaign promise,” said Dale Jackson, a conservative radio host in Huntsville, Alabama, who asked White House press secretary Sean Spicer in February why Trump had not ended the program.

Jackson emphasized that unlike some of Trump’s other promises, such as repealing the Affordable Care Act or building a border wall with Mexico, the president could halt the issuance of work permits through executive decree without congressional approval.

“This is completely within his singular power to do by himself,” he said. “There’s no rationalization I can come up with. The guy said one thing during the campaign and he’s outright not doing it.”

A White House spokesman did not respond to requests for comment Monday.

Trump has touted successes in his efforts to get tougher on undocumented immigrants, including a significant drop in the number of people trying to enter the United States illegally from Mexico. Immigration and Customs Enforcement agents have ramped up arrests of illegal immigrants under new guidelines from the administration that broadens the pool of people identified as a priority for removal.

“While we still welcome legal immigrants to tune of 1 million a year, we are no longer a friendly environment for illegal border-crossers,” Homeland Security Secretary John Kelly said during a Cabinet meeting with Trump at the White House on Monday.

But the DACA program, which Obama instituted through executive action in 2012, is popular among Latino and Asian communities and has presented a political conundrum for Trump.

More than 750,000 immigrants have participated, and Obama emphasized the program’s value to Trump in a private meeting at the White House after the election. Obama told reporters that he would speak out if the new administration attempted to deport dreamers.

Since then, there have been a handful of highly publicized arrests of dreamers that have raised fears among immigrant rights groups. In some cases, the immigrants had allowed their DACA standing to lapse before their arrests.

On Monday, a federal judge in Atlanta ordered that a Mexican woman living in Georgia, Jessica Colotl, be temporarily reinstated in DACA after the Trump administration attempted to place her in deportation proceedings because of a 2010 traffic stop.

Her attorney, Charles Kuck, said in an interview that he thinks cases such as hers are “outliers” and that “it appears nothing has changed in the processing” of DACA applications. He added that he has filed about 100 applications for clients trying to enroll in the program or renew their DACA standing since Trump took office.

“This is not a symbolic thing; this has real consequences,” said Beck, whose organization has more than 7 million followers on social media. “There’s a sense that he believes it’s almost okay not to act. The trouble is, there’s no neutral position in this.”