World IN DEPTH: Macron’s Takeover of French Politics Is All But Complete
World 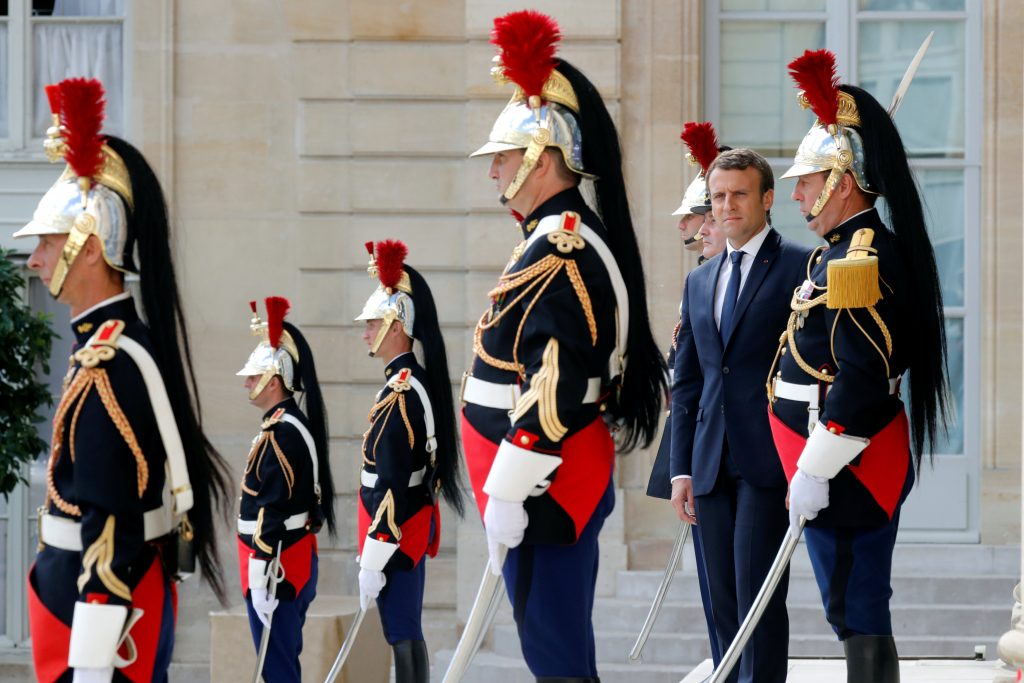 Emmanuel Macron’s takeover of French politics is all but complete. The newly elected French leader’s gamble that voters wanted to throw out old faces and try something new is paying off in full — first by giving him the presidency and, on Sunday, the crucial first step toward securing the legislative power to deliver on his pledge of far-reaching change.

As when voters turned the previously unelected Macron into France’s youngest president last month, Sunday’s first round of voting in two-stage legislative elections again brought stinging black eyes to traditional parties that, having monopolized power for decades, are being utterly routed by Macron’s political revolution.

His fledgling Republic on the Move! — contesting its first-ever election and fielding many candidates with no political experience at all — was on course to deliver him a legislative majority so crushing that Macron’s rivals fretted that the 39-year-old president will be able to govern France almost unopposed for his full five-year term.

Record-low turnout, however, took some shine off the achievement. Less than 50 percent of the 47.5 million electors cast ballots — showing that Macron has limited appeal to many voters.

Macron intends to set his large and likely pliant cohort of legislators, all of them having pledged allegiance to his program, to work immediately. He wants, within weeks, to start reforming French labor laws to make hiring and firing easier, and legislate a greater degree of honesty into parliament, to staunch the steady flow of scandals that over decades have eroded voter trust in the political class.

With 94 percent of votes counted, Macron’s camp was comfortably leading with more than 32 percent — putting it well ahead of all opponents going into the decisive second round of voting next Sunday for the 577 seats in the lower-house National Assembly.

Macron’s prime minister, Edouard Philippe, confidently declared Sunday night that the second round vote would give the assembly a “new face.”

Pollsters estimated that Macron’s camp could end up with as many as 450 seats — and that the opposition in parliament would be fragmented as well as small.

The Socialist Party that held power in the last legislature and its allies were all but vaporized — their 314 seats likely reduced, according to pollsters’ projections, to as few as 20 seats, and possibly no more than 30, in the new assembly. Projecting seat numbers is an imprecise science in the two-round system.

“We would have a National Assembly with no real power of control and without democratic debate to speak of,” he said.

On the right, the conservative Republicans were also reeling, projected to end up with possibly no more than 110 seats, and possibly as few as 70, having controlled 215 in the outgoing parliament.

The National Front of far-right leader Marine Le Pen looked unlikely to convert her strong showing in the presidential election into anything more than a small handful of legislative seats and certainly not enough to make the party into a major opposition force. That was Le Pen’s hope after she advanced for the first time to the presidential runoff that Macron won on May 7. Le Pen complained that the legislative voting system didn’t fully represent voters’ wishes — because her party got around 14 percent of votes but wasn’t able to greatly improve on the two legislators it had in the last legislature.

The party’s secretary general, Nicolas Bay, warned of Macron getting “a majority so big that he will have a sort of blank check for the next five years.”

Another sign of voters’ rejection of the political mainstream was that far-left leader Jean-Luc Melenchon was, with the Communist Party, projected to see his camp win as many as 18 seats, an improvement on the 10 they held before.

Voters said polls that had predicted a large majority for Macron’s camp likely dissuaded people from turning out. They also blamed the long election cycle, with party primaries that started last year before the two rounds of presidential and then legislative voting, for turning voters off.

“I’ve voted seven times in the last few months,” voter Jean-Luc Vialla said after casting his ballot in an eerily quiet voting station in Paris where voters came in a trickle.

“And the result seems written in advance. It demotivated people.”