Israel Holocaust Survivors to Move to the ‘Head of the Line,’ Cabinet Decides
Israel 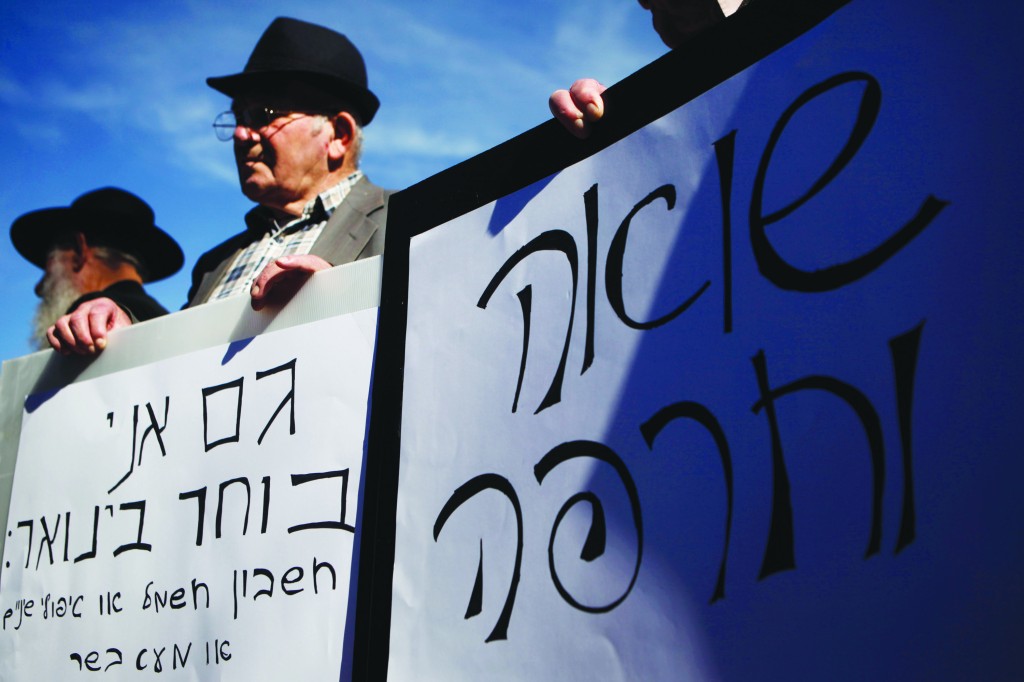 A panel of government ministers has authorized new benefits for Holocaust survivors. Among the benefits will be a streamlining of medical services, priority in public services, and additional assistance for organizations that work with survivors.

World War II ended over 70 years ago, and the average age of Holocaust survivors in Israel is between 85 and 90 years of age, according to the Foundation for the Benefit of Holocaust Victims in Israel. At such advanced ages, many of the survivors need extra assistance, government ministers said during the meeting, and the government seeks to make their last years as easy as possible, Prime Minister Binyamin Netanyahu said at the meeting.

Survivors who need nursing care will no longer have to apply and fill out forms, the ministers decided; it will be sufficient for them to present their ID cards, which lists their survivor status. Hours for nursing assistance at home generally must be approved by a committee at the National Insurance Institute; that requirement is being waived as well, and survivors will be able to ask for caretaker payment for as many hours as they need without requiring approval. Organizations to assist survivors will take care of the paperwork and bureaucracy.

Survivors who require public housing will also receive priority. Public housing lists in Israel can be quite extensive, and families often wait years until a subsidized or free apartment becomes available. Survivors will now go to the head of the list, eligible before anyone else for an apartment. In addition, survivors who already live in public housing will receive a visit from experts on accessibility who will evaluate the difficulty a survivor has in accessing their home, entering rooms, or other needs. If needed, houses will be remodeled to better accommodate survivors, at the government’s expense.

The ministers will meet again in the coming weeks in order to further evaluate the needs of survivors and discuss other ways to help them, the committee said in a statement.