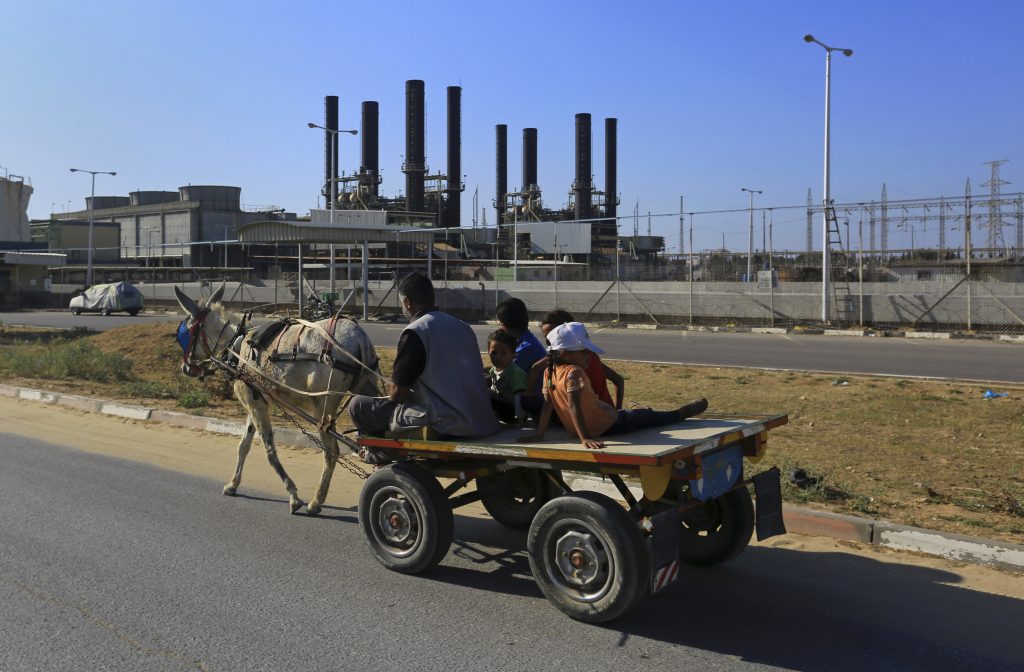 Hamas warned Monday that Israel’s decision to reduce Gaza’s already inadequate power supply was catastrophic and, if not rescinded, will lead to an explosion of violence.

“The decision…to reduce the electricity to Gaza at the request of PA President Mahmoud Abbas is catastrophic and dangerous. It will accelerate the deterioration and explode the situation in the Strip,” said Hamas spokesperson Abdel Latif al-Qanua.

The Israeli cabinet made the decision on Sunday night to cut the amount of power it supplies to the Gaza Strip due to failure to pay its bills. If implemented, it would mean 45 minutes less electricity, Israeli media reported. Gazans currently receive only three to four hours of electricity a day, delivered from the territory’s own power station and others in Israel and Egypt.

Israeli officials have long accused Hamas of diverting available funds to terror activities, which if allocated for electricity would be sufficient to pay for a normal supply.

On Monday, Defense Minister Avigdor Liberman said, “It is inconceivable that Hamas collects taxes from Gaza residents and they go to tunnels and rockets and not to Gaza’s development of the electricity and water sectors.”

Public Security Minister Gilad Erdan told Army Radio that the electricity crisis was due to the unrelenting feud between Hamas and Abbas, who refuses to transfer more funds to Gaza to cover electricity costs.

“There’s no certainty that this will cause a military confrontation. It is possible that the Palestinians will begin to understand the catastrophe that Hamas means for them,” Erdan said.

The Israeli NGO Gisha (Legal Center for Freedom of Movement) warned of the consequences of a power reduction:

“At this point in time, entire hospital wings are shut down during blackouts and are forced to reduce essential, life-saving treatments, where there is not enough power to provide them,” the group said.

“Water desalination stations cannot operate; 100 million liters of mostly untreated sewage are being pumped into the Mediterranean Sea daily; water for household use is only available intermittently; sewage cannot be pumped away from residential areas; and generators, which are supposed to provide an alternative, are over-extended, on the brink of collapse.”

In May, Hussein al-Sheikh, head of the PA’s Civil Affairs Department, accused Hamas of profiting from collecting electricity payments from Gaza residents.

“We are not going to continue financing the Hamas coup in Gaza,” he told the Voice of Palestine radio station.

At a Knesset meeting on the future of the Gaza Strip, Liberman said that “the ball is in Hamas’ court. It must decide what it wants in the end…It must decide whether it wants its children to be martyrs and to spend their lives in tunnels, or if it wants them to be doctors and engineers and to be able to travel the world without fear.”

The Defense Minister spoke about a conversation with former Prime Minister Ariel Sharon before the disengagement from Gaza. “He explained to me, ‘I want to create an opportunity for the Palestinians to prove that they can establish a state,’ and told me that in ten years’ time, Gaza will be the Singapore of the Middle East,” he said.

“Right now it’s more like Mosul or Raqqa. The Hamas leadership must decide what they want. At the moment, they are leading the strip toward the [bloody] direction of Mosul and Raqqa.”