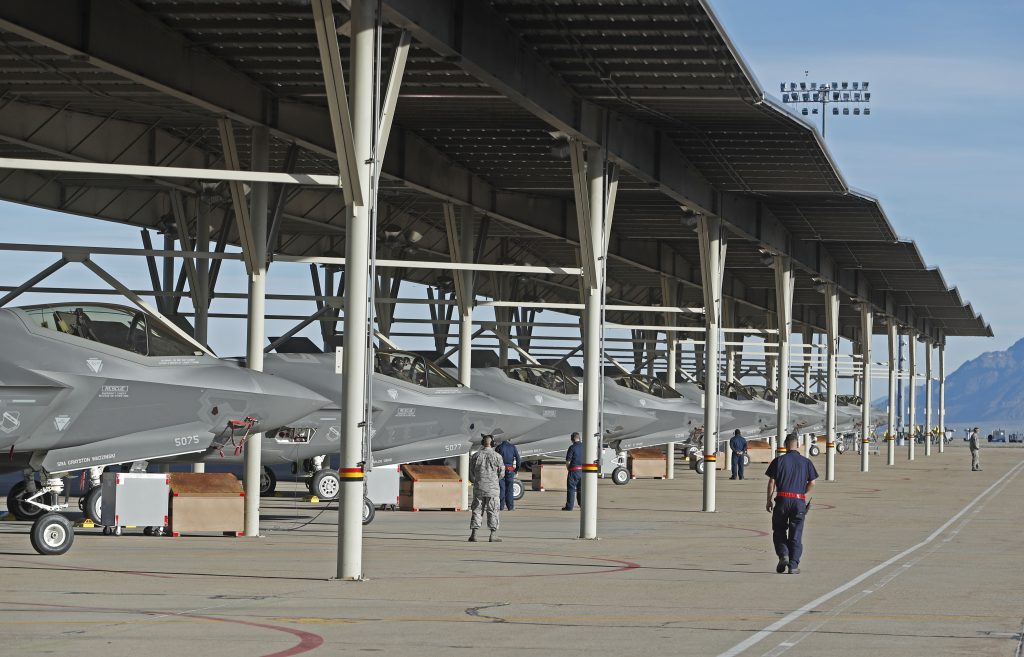 The stealthy F-35 fighter jets made by Lockheed Martin Corp were grounded until further notice at a U.S. Air Force base in Arizona because of irregularities in pilots’ oxygen supplies, an Air Force spokesman said on Monday.

Training flights at Luke Air Force Base were grounded on Friday and had been scheduled to resume on Monday. But on Monday they were grounded indefinitely.

The pause in operations continued so the Air Force could study the issue with pilots, maintenance workers and medical professionals, said a base spokeswoman, Major Rebecca Heyse.

Luke Air Force Base northwest of Phoenix is home to the 56th Fighter Wing. The base canceled local flying operations for its F-35A Lightning II aircraft due to five incidents in which pilots experienced symptoms resembling hypoxia, or oxygen deprivation, the Air Force spokesman, Captain Mark Graff, said at the Pentagon on Friday.

The Air Force said the incidents occurred from May 2 to Thursday, and that in each case the aircraft’s backup oxygen system worked as designed and the jets were able to land safely. The base has 55 F-35A Lightning II’s and typically has 25 training flights each weekday, base officials said.

A Lockheed representative said the company would help the Air Force address the issue.

The F-35 business accounted for about 37 percent of Lockheed’s total revenue during the last fiscal quarter, which ended on March 30. During the quarter, Lockheed’s revenue from its aeronautics business increased 8 percent to $4.11 billion, led by higher sales of the F-35.

Lockheed and its main partners, Northrop Grumman Corp, United Technologies Corp’s Pratt & Whitney and BAE Systems Plc, have been developing and building F-35s for the U.S. military and 10 allies.

More than 220 operational F-35s have been built and delivered worldwide, and they have collectively flown more than 95,000 flight hours. The plane has not yet seen combat.