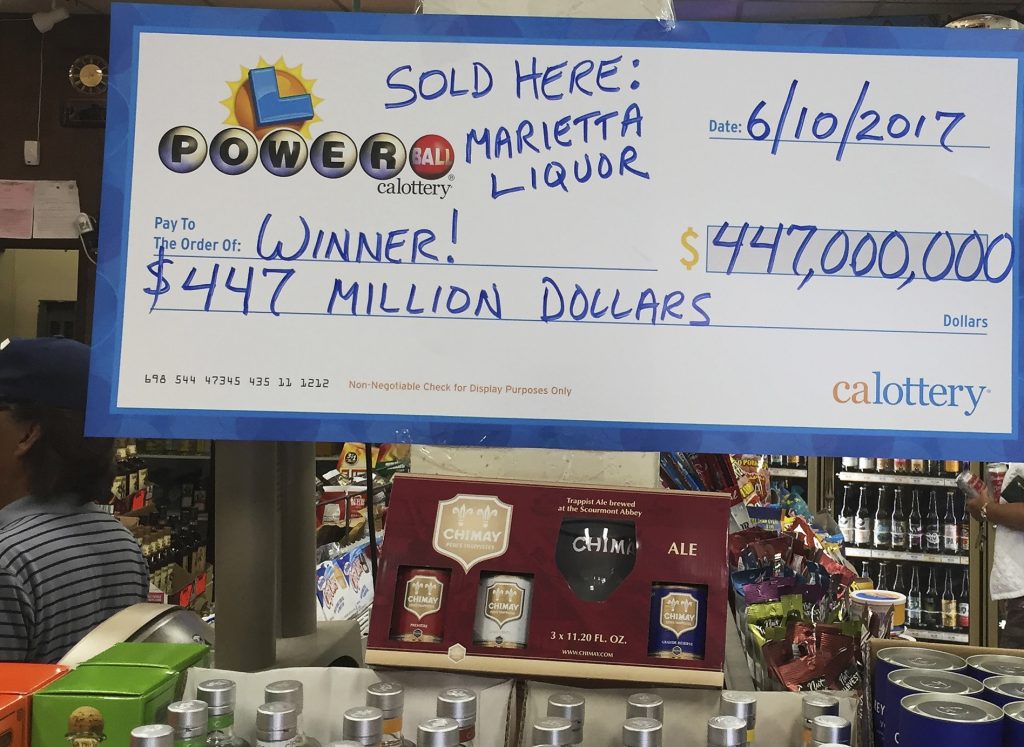 The holder of the sole winning Powerball ticket worth $447.8 million can claim the prize as early as Monday morning, lottery officials said.

The ticket matching all six numbers was sold in Southern California, and whoever owns it will claim the 10th largest lottery prize in U.S. history, the California Lottery said in a statement. Lottery officials said the earliest the ticket could be redeemed is 8 a.m., and the winner has one year to claim the prize.

The winning ticket was sold at Marietta Liquor & Deli in the small city of Menifee, the California Lottery said in a statement. The store just off a highway caters to retirees who live in the part of Menifee known as Sun City, which was developed as a retirement community in the 1960s. It also is a common stop for motorists passing through the area about 80 miles from Los Angeles.

Liquor store owner Matthew Alberre said he does not know which of his customers won the jackpot or what his family will do with the $1 million bonus set aside for the retailer that sells the winning ticket.

“We’re so blessed for this to happen,” said Alberre, who owns the store with his father.

The year began terribly for the family because Alberre’s father was diagnosed with pulmonary fibrosis.

“Starting out the year, it seemed like it was going to be the worst year in the world, and six months later, our store hit the Powerball. We’re very, very grateful for this to happen to our store,” Alberre said.

Menifee Mayor Neil Winter said he hoped a local resident bought the winning ticket at the heavily visited store that has sold winners before but never for so much.

“There’s a lot of good folks over there, so hopefully one of our Menifee folks won,” he said.

Powerball spokesman Randy Miller said the estimated jackpot prize is based on a winner choosing an annuity, which pays off over 29 years. The cash prize would be $279.1 million. Both prize amounts would be before taxes are deducted.

Before the drawing Saturday night, the jackpot was estimated at $435 million. It had grown because no one had matched all the numbers since April 1.

The odds of winning Saturday’s drawing were one in 292.2 million.