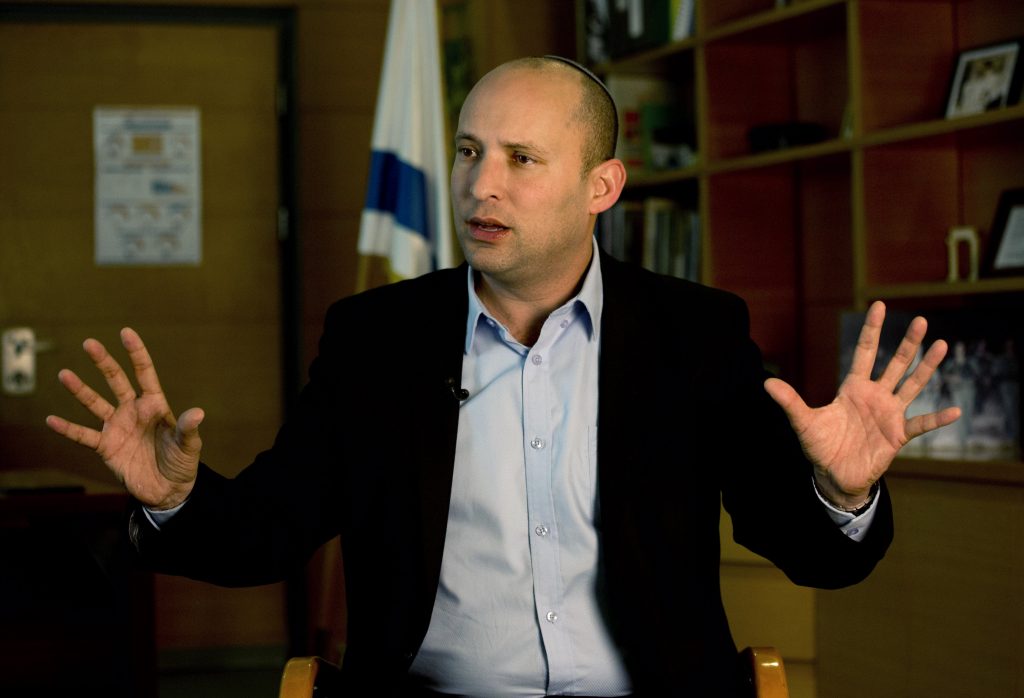 Education Minister Naftali Bennett was greeted with catcalls, boos, and even Nazi salutes when he spoke Monday at a conference on peace hosted by leftist newspaper Haaretz. Bennett was invited by organizers of the conference to present a right-wing view of the future of Yehudah and Shomron.

Bennett indeed presented that vision, telling the crowd of several hundred that Israelis had chosen overwhelmingly to keep a united Yerushalayim, even if it meant that a final-status arrangement could not be achieved. “85 percent of the people in this audience do not agree with that, but 85 percent of Jewish Israelis support that position,” Bennett said, citing a recent poll by Yisrael Hayom. “It shows just how out of touch different portions of the Israeli population are.”

Peace, said Bennett, was not a piece of paper, “and not a political agreement, but a state of nonaggression. The peace promoted by the right is peace based on strength. We will not make the mistake of setting up a second Palestinian state west of the Jordan River,” the first one being Hamas-controlled Gaza. As far as Yehudah and Shomron go, the best solution is annexation, Bennett said. “Area C should be annexed. Areas A and B should be under Palestinian civilian control, an autonomous entity, without control over their borders and without a military force.”

Bennett had a hard time making his points, however, as audience members shouted him down throughout his remarks. One woman got up and repeatedly gave Bennett a Nazi salute. A second woman shouted at Bennett in English after the speech that “you told me you don’t want two states, you told me you had no problem with apartheid, you are a Nazi and you are one of the most horrible politicians this country has ever had.”

In response to the disturbances, Bennett asked the crowd to calm down and let him speak. “Give me the same opportunity to speak you would give to [archterrorist Marwan] Barghouti,” but to no avail. Following Bennett on the podium was President Reuven Rivlin, who remonstrated with the crowd for their behavior.

“The interference with [MK] Bennett’s speech was unworthy of a group like this,” Rivlin said. “Anything anyone says can and should be debated,” but not shouted down, he added.