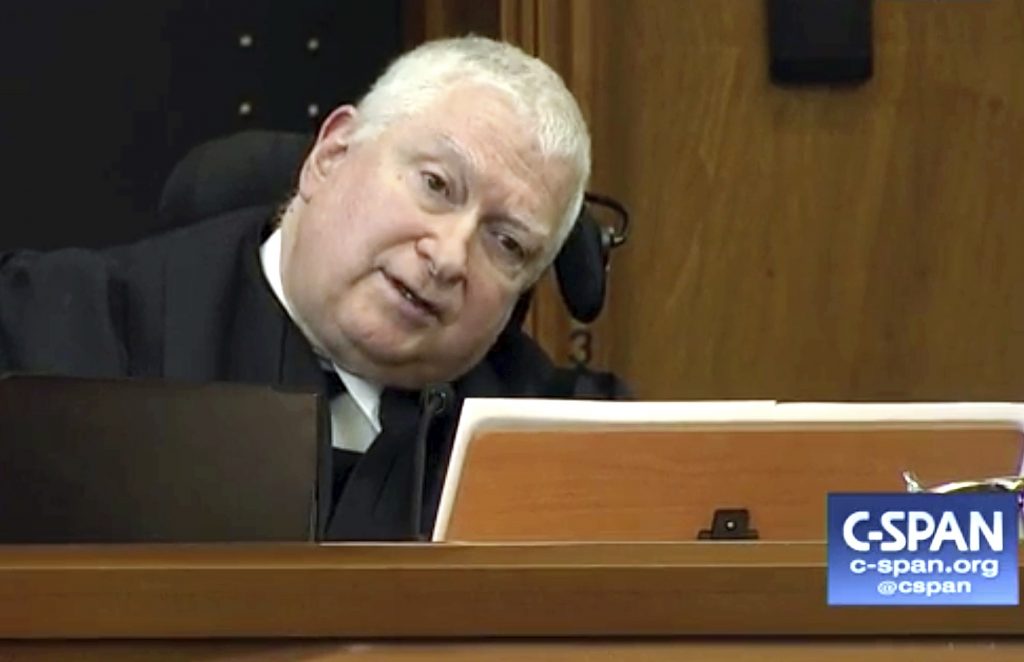 The ruling from a unanimous three-judge panel of the 9th U.S. Circuit Court of Appeals said the president violated U.S. immigration law by discriminating against people based on their nationality and by failing to demonstrate that their entry into the country would hurt American interests.

“Immigration, even for the president, is not a one-person show,” the judges said. “The president’s authority is subject to certain statutory and constitutional restraints.”

It keeps in place a decision by U.S. District Judge Derrick Watson in Hawaii that he based largely on Mr. Trump’s campaign statements calling for a “complete and total shutdown” of Muslims entering the U.S.

Watson ruled that the true purpose of the temporary ban on travel from six mostly Muslim nations was to discriminate against Islam — not to protect national security. That violated the Constitution’s prohibition on the government officially favoring or disfavoring any religion, he said.

The 4th U.S. Circuit Court of Appeals in Virginia also ruled against the travel ban May 25, citing the president’s campaign statements as evidence that the 90-day ban is “steeped in animus and directed at a single religious group.” The administration has appealed that ruling to the Supreme Court.

The high court is considering a request to reinstate the policy and could act before the justices wind up their work at the end of June.

The 9th Circuit heard arguments May 15 in an expedited appeal of the Hawaii case. Acting Solicitor General Jeffrey Wall said the travel ban is well within the president’s broad authority to secure the nation’s borders, an assertion that drew skeptical questioning from the judges, all appointees of President Bill Clinton.

“How is a court to know if, in fact, it’s a Muslim ban in the guise of national security justification?” asked Judge Ronald Gould.

Neal Katyal, an attorney representing Hawaii, which sued to stop the ban, told the judges the policy could not be squared with U.S. immigration law, which bars nationality-based discrimination in issuing immigration visas, or with the U.S. Constitution’s prohibition on the government favoring or disfavoring any religion.

He, too, faced some difficult questioning, including queries on whether the lower-court decision was too broad.

Trump issued his initial travel ban on a Friday in late January, bringing chaos and protests to airports around the country. A Seattle judge blocked its enforcement nationwide in response to a lawsuit by Washington state — a decision that was unanimously upheld by a different three-judge 9th Circuit panel.

The president then rewrote his executive order rather than appeal to the U.S. Supreme Court at that time. The new version, designed to better withstand legal scrutiny, named six countries instead of seven — Iran, Libya, Somalia, Sudan, Syria and Yemen, with Iraq dropped — and spelled out more of a national security rationale.

It also listed some reasons that travelers from those nations might be granted waivers allowing them into the U.S. despite the policy.

Like the initial executive order, it also suspended the nation’s refugee program.

In March, the judge in Honolulu blocked the new version from taking effect, citing what he called “significant and unrebutted evidence of religious animus” in Trump’s campaign statements.