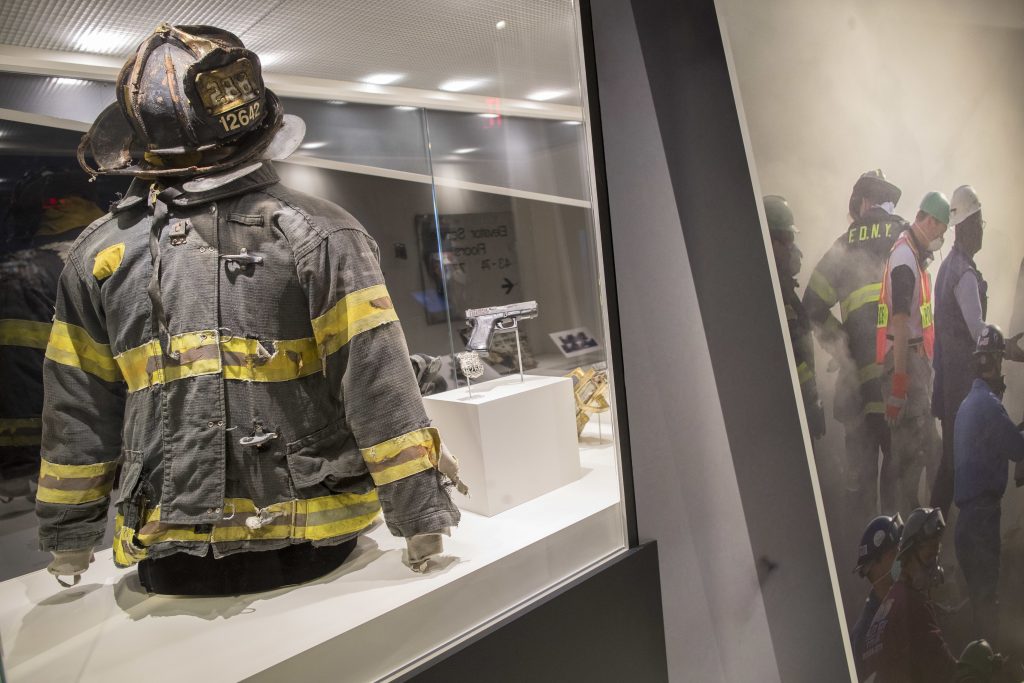 A museum that tells the stories of the victims of the 9/11 terror attacks will reopen Tuesday in a new space, a little farther from the World Trade Center memorial but with triple the exhibition space of the temporary quarters it occupied for a decade.

The 9/11 Tribute Museum was originally founded in 2006 as a temporary shrine to the victims in the years that the larger, better known National September 11 Memorial and Museum was under construction and even after it opened in 2011.

The Tribute Museum offered daily guided tours of the rebuilt World Trade Center site led by people with close personal connections to the tragedy, including attack survivors, first responders, recovery workers and relatives of the dead.

More than 4 million people have visited the museum, originally called the Tribute Center and co-founded by CEO Jennifer Adams-Webb and the September 11th Families’ Association, causing it to outgrow its original home in a space formerly occupied by a delicatessen.

The new space, a few blocks away, is 36,000 square-feet, about half of which is exhibition space. It is located on the ground and second floors of a high-rise building.

“Originally, when we started, we weren’t sure where we were going,” said Lee Ielpi, whose firefighter son, Jonathan, died in the attacks. “We realized, as the years went on, that we are making an impact.”

Artifacts on display at the museum include “missing persons” posters that were hung throughout the city in the immediate aftermath of the attacks, when families still held hope that their loved ones would be found alive. Other items on display include a death certificate, a boarding pass for someone who was on one of the flights, and a section of window from one of the hijacked planes.

On a tour of the space last week, Ielpi, a retired firefighter, stopped before one display that left him in tears: his son’s helmet and fire department jacket.

“It is crucial that we pass on the understanding of 9/11 to future generations and the tremendous spirit of resilience and service that arose after the attacks,” said Ielpi, who helped carry his son’s body from the rubble.

Ielpi had nothing but praise for the much larger National September 11 Memorial and Museum, which serves as the country’s principal institution that tells the 9/11 story through interactive technology, archives and filmed narratives. He said the institutions “complement each other,” with the Tribute Museum able to truly personalize the experience of the day through the volunteer guides.

The new space cost $8.7 million. Private and public funds for it include donations from American Express, Zurich North America and the Port Authority of New York and New Jersey, which owns the Trade Center site.

The museum also offers programs for visiting schoolchildren who were not even alive on Sept. 11, 2001.

Lee Skolnick, whose firm designed the exhibit layout, said the Tribute Museum’s power comes from the survivors, relatives and recovery workers who lead the tours and who have agreed to share their personal stories.

“The fact that survivors, responders and citizens discovered the ‘seeds of service’ growing out of unimaginable tragedy is a testament to the power of the human spirit and an amazing life lesson for us all,” said Skolnick. “What can you do for others, for the world?”