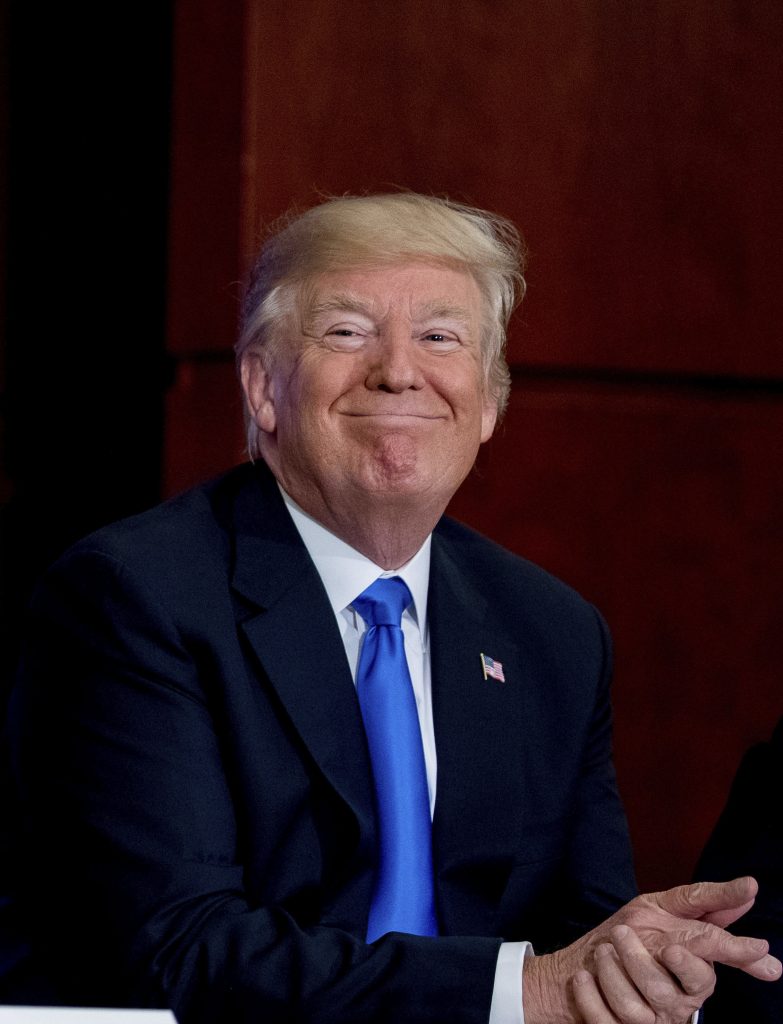 Today’s column veers dangerously into “I told you so” territory. I take neither pleasure nor credit for recognizing that a once-in-a-generation opportunity is slipping away.

In February, I warned that President Donald Trump was repeating his predecessor’s rookie mistakes. In March, I noted that the odds of passing important economic legislation had fallen meaningfully. This missive offers the most dire warning of all, with significant ramifications for equity markets.

Let’s begin with the observation that the long-awaited “pivot toward being presidential” hasn’t arrived, and by all indications never will. Those of us who harbored hopes for a comprehensive corporate tax reform, for repatriation of trillions of overseas dollars, for an infrastructure plan and perhaps even for a lowered personal income tax rate, are coming to recognize the folly of our wishful thinking. That window of opportunity now looks like casements in South Florida during hurricane season.

The good news is that the global economy keeps expanding as corporate profits rise and the post-credit-crisis recovery continues apace. Left to its own devices, even as the Federal Reserve normalizes rates, the economy has the potential to grow for several more years before its next cyclical stumble.

The bad news is that the self-inflicted wounds of the most undisciplined presidency in history are increasingly likely to blow its chances of passing any of the aforementioned economic stimulus measures. The trifecta of tax reform, repatriation and infrastructure investment could put the U.S. on very strong footing for the next several decades. Such was the legacy of Ronald Reagan, who oversaw a similar “once in a generation” economic boost that resonated for the next 30 years.

Trump is no Reagan. The current president started with a generational opportunity, in the form of a GOP sweep of the White House and Congress. On Nov. 9, I placed the odds of passing a robust economic legislative agenda at 96 percent. The day Trump took office, cracks in my optimism appeared. By March, I had lowered the odds to a still healthy 75 percent. Now I’m thinking 25 percent, and even that might be optimistic.

Let the weight of that missed opportunity sink in for a minute.

What’s astonishing is that every misstep has been an unforced error. The president has served every ball into the net, blown every opportunity and never encountered a situation that he couldn’t make worse. It is incredibly frustrating to witness this sort of gross incompetency.

If only Trump was merely repeating Obama’s rookie mistakes. What we have seen since then is much, much worse. Inviting an FBI investigation — via Twitter! — that has brought damning testimony from one former FBI chief and a special investigation headed by another. Alienating allies on Capitol Hill for petty reasons. His staffers never know who will be thrown under the bus next. Antagonizing the intelligence community and the entire press corps save Fox News (and even that shows signs of cracking). Demonstrating zero comprehension of the gravitas of the office.

The president is becoming radioactive. He is having problems hiring outside counsel; four top law firms have reportedly turned him down. Resignations are mounting. Diplomats are revolting. Hundreds of key positions have gone unfilled as people increasingly perceive working for Trump as a career killer.

Less than six months into Trump’s White House stay, there is no evidence of any sort of discipline, planning, thoughtfulness or maturity. When you have the fate of 325 million people in your hands, not to mention much of the rest of the world, you best take that obligation seriously.

Investors concerned about the president’s impact on their portfolios should be furious.

I have no crystal ball, but I can imagine a few scenarios, presented here in order of likelihood:

Drawn-out misery: The worst-case scenario from a sentiment perspective is years of investigation. A never-ending drama of testimony, depositions and public hearings means the economic agenda never gets out of the starting gate. Malaise spreads among consumer and investors. Odds: 50 percent

President Pence: Trump, who I suspect never really wanted to be president anyway, decides he has had enough. He blames the media and the Democrats and the deep government or whatever he heard on Fox News that day and resigns before the 2018 election season begins. Pence takes over and reaches across the aisle to do a repatriation and infrastructure plan. Following that easy success, he does a full-on corporate tax reform, even a tax cut. Odds: 30 percent.

Mid-term 2018 elections: The economist and PIMCO advisor Richard Clarida observed that presidents typically get about a 14-month window to implement their agenda before Congress begins to focus on mid-term elections, where the party that controls the White House typically loses seats. Perhaps the rancor settles down, the investigations amount to nothing, and a wounded president finishes out his one and only term. Odds: 20 percent.

Total vindication: The president and his long-standing personal attorney are proven correct. He is completely vindicated. Investigations find no collusion with the Russians, no obstruction of justice. Riding high on the political victory, a magnanimous Trump pivots towards becoming presidential. (The dumbest among us publish articles including the sentence “He became president today” and are immediately set upon by black crows, an ominous but confusing omen.) GOP leaders and even #NeverTrumpers embrace the newly invigorated president. The full legislative agenda passes, and a century of peace and prosperity begins. Odds: How many decimal places am I allowed to use?