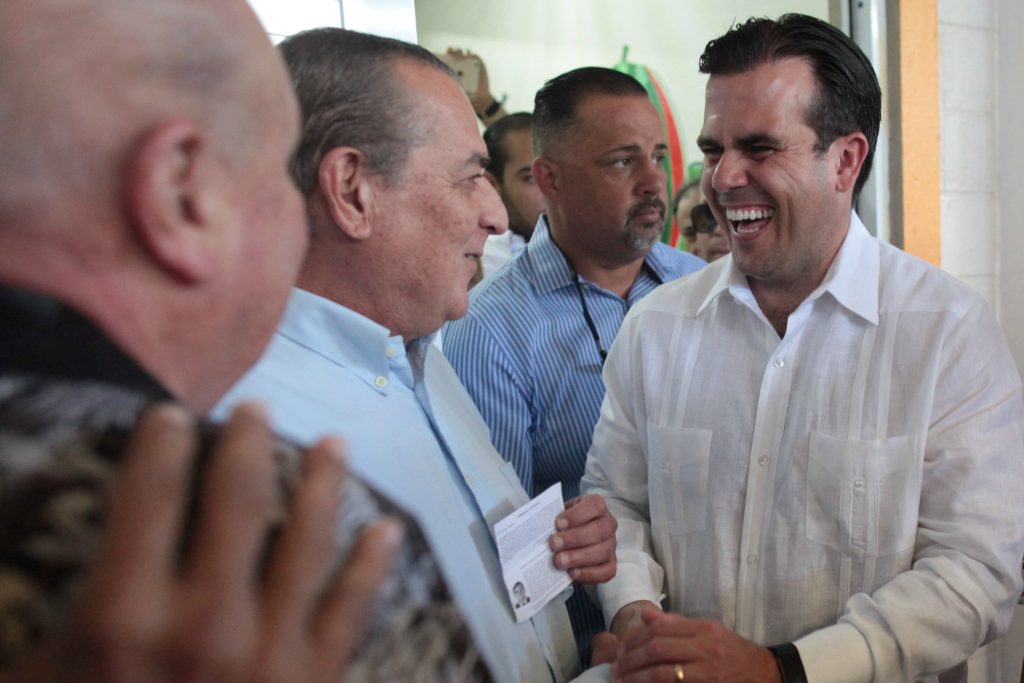 Puerto Rico’s governor announced that the U.S. territory has overwhelmingly chosen statehood in a nonbinding referendum Sunday held amid a deep economic crisis that has sparked an exodus of islanders to the U.S. mainland.

Nearly half a million votes were cast for statehood, more than 7,600 for free association/independence and nearly 6,700 for the current territorial status, according to preliminary results. The participation rate was just 23 percent with roughly 2.26 million registered voters, leading opponents to question the validity of a vote that several parties had boycotted.

“From today going forward, the federal government will no longer be able to ignore the voice of the majority of the American citizens in Puerto Rico,” Gov. Ricardo Rossello said, announcing the victory. “It would be highly contradictory for Washington to demand democracy in other parts of the world, and not respond to the legitimate right to self-determination that was exercised today in the American territory of Puerto Rico.”

U.S. Congress, however, has final say in any changes to the island’s political status.

It was the lowest level of participation in any election in Puerto Rico since 1967, according to Carlos Vargas Ramos, an associate with the Center for Puerto Rican Studies at Hunter College in New York. He also said that even among voters who supported statehood, turnout was lower this year compared with the last referendum in 2012.

“Supporters of statehood did not seem enthusiastic about this plebiscite as they were five years ago,” he said.

“The scant participation … sends a clear message,” said Anibal Jose Torres, a party member. “The people rejected it by boycotting an inconsequential event.”

Rossello, however, vowed to push ahead with his administration’s quest for statehood, which was his top campaign promise. He said he would create a commission to ensure that Congress validate the referendum’s results.

“In any democracy, the expressed will of the majority that participates in the electoral processes always prevails,” he said. “Puerto Rico voted for statehood.”

The referendum coincides with the 100th anniversary of the United States granting U.S. citizenship to Puerto Ricans, though they are barred from voting in presidential elections and have only one congressional representative with limited voting powers.

Among those hoping Puerto Rico will become a state is Jose Alvarez, a 61-year-old businessman.

“Now is the moment to do it,” he said. “We’ve spent a lot of years working on a socioeconomic model that has not necessarily given us the answer.”

Many believe the island’s territorial status has contributed to its 10-year economic recession, which has prompted nearly half a million Puerto Ricans to flee to the U.S. mainland and was largely sparked by decades of heavy borrowing and the elimination of federal tax incentives.

Those who oppose statehood worry the island will lose its cultural identity and warn that Puerto Rico will struggle even more financially because it will be forced to pay millions of dollars in federal taxes.

“The cost of statehood on the pocketbook of every citizen, every business, every industry will be devastating,” Carlos Delegado, secretary of the opposition Popular Democratic Party, told The Associated Press. “Whatever we might receive in additional federal funds will be cancelled by the amount of taxes the island will have to pay.”

His party also has noted that the U.S. Justice Department has not backed the referendum.