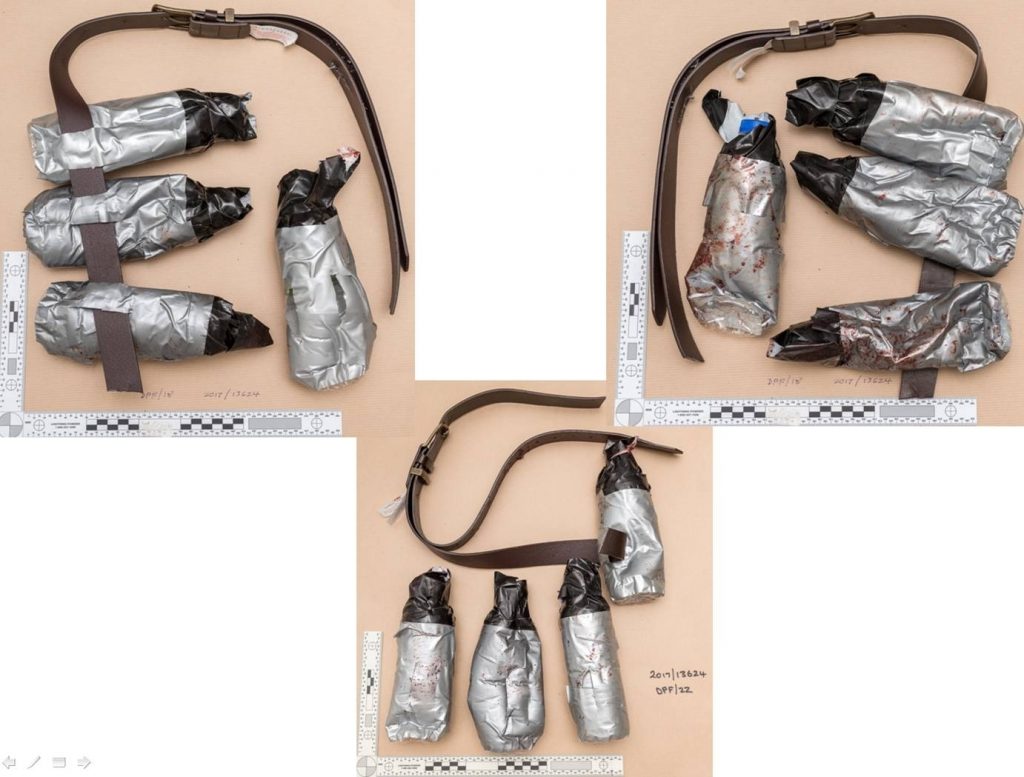 The Metropolitan Police released photographs of the blood-splattered belts, which were made from plastic water bottles wrapped in duct tape.

Terrorists Khuram Butt, Rachid Redouane and Youssef Zaghba wore the belts when they mowed down pedestrians on London Bridge then stabbed people in nearby Borough Market on June 3. They killed eight people before being shot dead by police.

Police Commander Dean Haydon said the terrorists may have worn the belts because they planned to take hostages, “or it might be that they saw it as protection from being shot themselves.”

Geoff Ho, a Sunday Express journalist who was stabbed and injured in the attack, described in the newspaper how he tried to stop the terrorists entering a venue packed with people. Ho said “their eyes were full of rage,” and he feared they were about to blow themselves up.

“I couldn’t just attack,” he wrote. “If I charged at them, maybe I could take out one or two. But one of those animals could detonate and kill us all.”

Police are still appealing for witnesses as they piece together details of the attack.

They say the terrorists may have planned even worse carnage. Butt tried to rent a 7.5-ton box truck, but his payment was declined and he rented a smaller van instead.

Police found petrol bombs and blowtorches in the van, which crashed on the bridge.