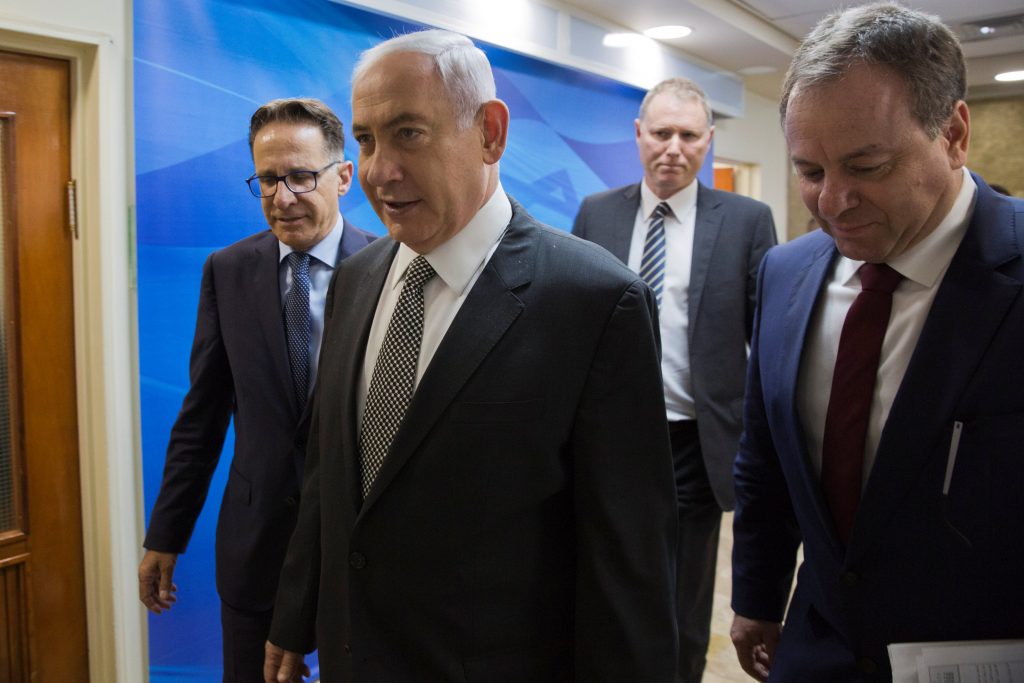 Prime Minister Binyamin Netanyahu called on Sunday for the dismantling of the United Nations Relief and Works Agency (UNRWA), accusing it of anti-Israel incitement and saying he had conveyed his message to the U.S. ambassador to the United Nations.

In public remarks to his cabinet at its weekly meeting, Netanyahu said UNRWA perpetuated, rather than solved, the Palestinian refugee problem and that anti-Israeli incitement was rife in its institutions, which includes schools.

“It is time UNRWA be dismantled and merged with the United Nations High Commissioner for Refugees,” Netanyahu said.

Referring to a meeting he held in Yerushalayim on Wednesday with Nikki Haley, the U.S. ambassador to the U.N., Netanyahu said: “I told her it was time the United Nations re-examine UNRWA’s existence.”

UNRWA was established by the U.N. General Assembly in 1949 after hundreds of thousands of Palestinians fled from their homes in the 1948 war.

Chris Gunness, UNRWA’s chief spokesman, said in an email to Reuters that only the General Assembly, by a majority vote, could change the agency’s mandate.

“In December 2016, UNRWA’s mandate was extended for three years by the General Assembly by a large majority,” he added.

PM Netanyahu made his comments two days after UNRWA said it had discovered part of a tunnel running under two of its schools in a refugee camp in the Gaza Strip.

UNRWA said it had protested to Hamas, the Islamist terror group that rules the enclave and which had used a network of cross-border tunnels to launch attacks inside Israel in a 2014 war. UNRWA condemned the tunnel as a violation of neutrality. Hamas denied it was responsible for building it.