Israel Liberman to Settlement Heads: Don’t Ask for Too Much
Israel 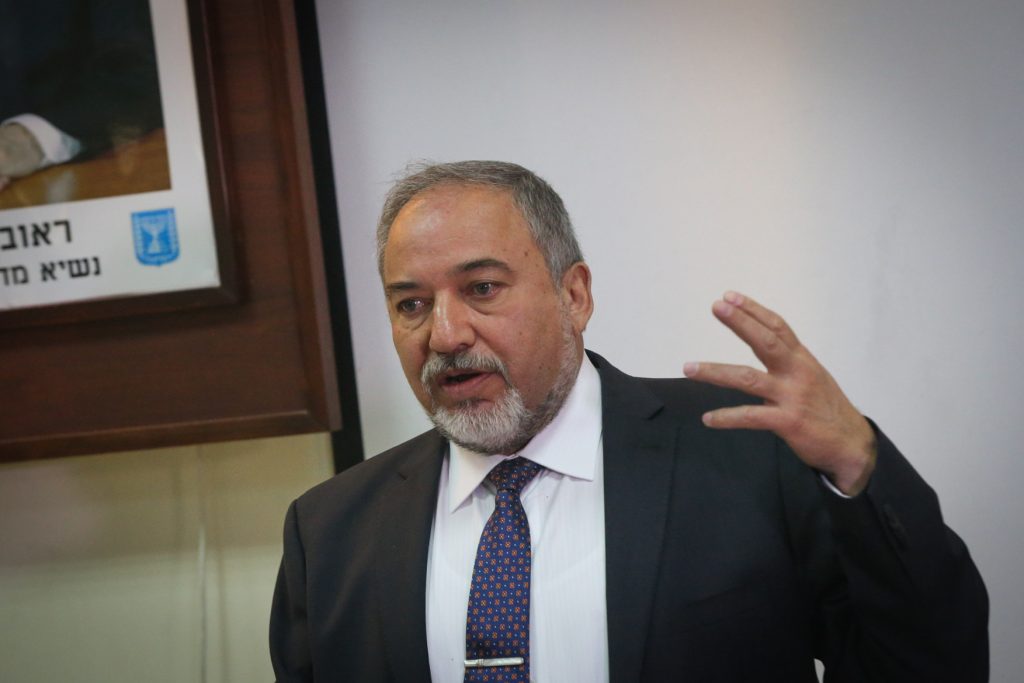 Defense Minister Avigdor Liberman sharply criticized leaders of the settlement movement in Yehudah and Shomron Sunday. Speaking at the weekly cabinet meeting, Liberman said that the those who have been complaining that the government is not moving aggressively enough to authorize new construction were acting irresponsibly.

“Those who are complaining that we are not ‘stretching the rope’ tightly enough and going as far as we can in authorizing new construction are going to be guilty of tearing the rope completely if they get their way,” Liberman said. “There has not and there will never be a government that is more favorable and helpful to settlement construction than this one.”

After a meeting last week with Prime Minister Binyamin Netanyahu, settlement leaders in Yehudah and Shomron charged that the government was dragging its feet on building new homes. The discussion entailed the construction of some 2,100 housing units, 1,500 of which are inside the settlement blocs. That number is far too low, said Shomron Regional Council head Yossi Dagan. “It’s insulting and does not take into account the needs of the residents of Yehudah and Shomron, not even their natural growth,” he said. “In recent months a total of 1,357 homes received permits, and this is supposed to be sufficient to make up for a building freeze that affected half a million people over a period of eight years [of the Obama administration]. We are not going to pretend anymore – what we have is a building freeze.”

Liberman said that the numbers bruited about by Dagan and others were wrong. “I have seen all sorts of articles and reports about the number of units to be built, and I can tell you that they are all wrong,” he said. Liberman told ministers that the real number of building authorizations issued was 3,651; 671 of them to take effect immediately. As of January 1, 2017, a total of 8,345 building permits had been issued, 3,066 of them for immediate construction. That is more than has been authorized in any year since 1992, when Yitzchak Shamir was Prime Minister.

“I understand quite well the needs of each and every town, and I am also quite aware of the limitations and pressures on us from the international community,” Liberman said. “The Prime Minister and I are acting very responsibly, and the building permits we authorized earlier this month is the most we can do right now.”

In response, Dagan said that Liberman was misleading the public. “I have great respect for the Defense Minister, but unfortunately the numbers he has presented are wrong. Many of the ‘permits’ are re-authorizations of permits that were issued before. The true number of new homes is less than 2,000. Compare that to the 20,000 units the government has authorized for Arabs in Area C.”