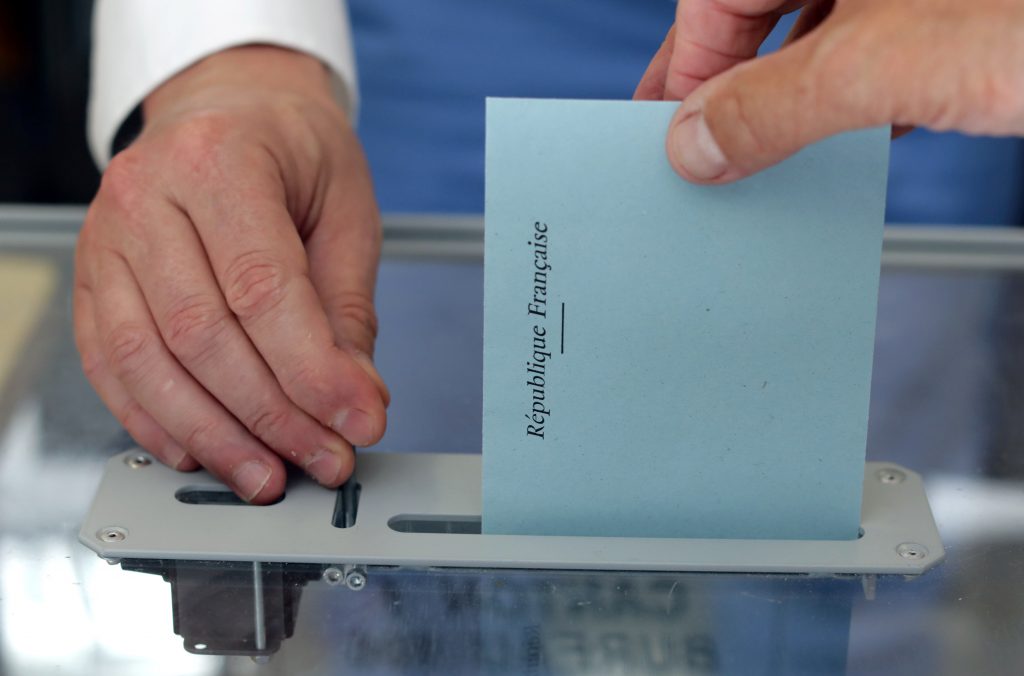 French voters are choosing lawmakers in the lower house of Parliament on Sunday in a vote that is crucial for newly-elected president Emmanuel Macron.

A total of 7,882 candidates are running for 577 seats in the National Assembly in Sunday’s first round of the two-stage legislative elections. Top vote-getters advance to the decisive second round on June 18.

Macron’s year-old centrist movement, Republic on the Move, is seeking an absolute majority to be able to implement his campaign promises, which include simplifying labor rules and making it easier to lay off workers in hopes of boosting hiring.

The government outlined the main themes of a major labor reform that has already angered French unions and is likely to prompt tensions over the summer.

Macron also plans to quickly pass a law to strengthen security measures — effectively making the state of emergency permanent, after multiple Islamic extremist attacks in France — and another one that he says will put more ethics into French politics.

The government needs a new Assembly in place to vote on the bills.

Macron called on French voters to give him a “majority to make changes” on the night of his victory on May 7. “That’s what the country wants and that’s what it deserves,” he said.

A minimum of 289 seats is required to secure an absolute majority.

According to the latest polls, Macron’s movement appears in a position to win potentially as many as 400 seats.

The candidates of Republic on the Move include many newcomers in politics, like a fighter pilot and a mathematical genius.

Candidates from the conservative Republicans party are expected to arrive in second position, and other parties with possibly more than 100 seats. The Socialists, who dominated the last Assembly, are expected to suffer a stinging defeat and win just a few dozen seats.

In the wake of far-right Marine Le Pen’s qualification for the presidential runoff, the National Front party is expected to get its highest-ever score — but does not appear able to become the major opposition force Le Pen had hoped for. Polls project it could win about a dozen seats, in part because of a voting system that favors the biggest parties.

Le Pen herself is running for a seat in Henin-Beaumont in northern France.

Far-left leader Jean-Luc Melenchon, who came in a strong fourth place in the presidential vote with nearly 20 percent support, is running for a parliamentary seat in the southern city of Marseille. His movement could obtain between 10 and 20 seats.

“The most important thing is changing the people that do politics,” he told The Associated Press. Many candidates have already served multiple terms and “are disconnected to the reality of what we live on a day-by-day basis.”

The turnout rate is expected to be low for France, with possibly only half of the voters going to the polls.

To win in the first round, candidates need an absolute majority and support from at least a quarter of the district’s registered voters.

Otherwise, all contenders who get at least 12.5 percent of the votes of registered voters advance to the second round.

The French Parliament is made up of two houses, the National Assembly and the Senate. The legislative elections don’t concern the Senate, which is currently run by a Conservative majority.

The National Assembly always has the final say in the voting process of a law.