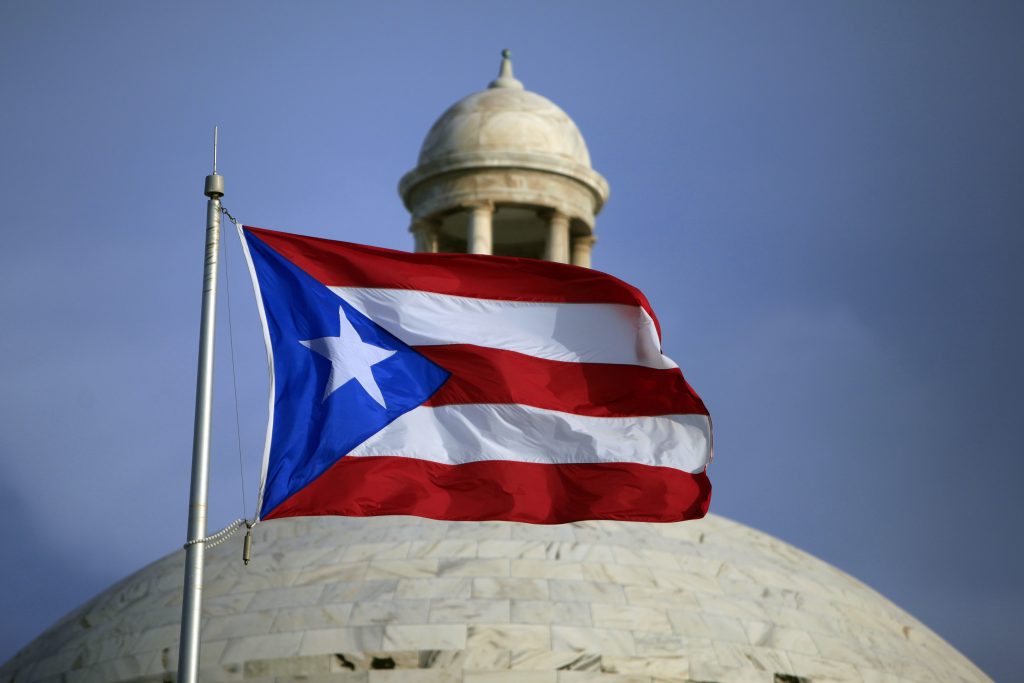 This Sunday, Puerto Rico will vote on its territorial status, choosing among statehood, independence and the status quo. The vote will have no practical impact. But if Puerto Rico votes in favor of becoming the 51st state, it will be in conflict with Congress, which has the power to change the territory’s status but is reluctant to do so.

Here’s the background you need to understand the referendum and its results.

– Exactly what does it mean that Puerto Rico is a territory, not a state?

Puerto Rico is a non-incorporated territory of the United States, with autonomy but not sovereignty. That means it has its own constitution, set of laws and elected officials, but its laws and decisions are subject to override by the U.S. government – which Puerto Rico does not help elect.

Puerto Ricans are U.S. citizens, but with fewer rights and responsibilities than residents of the 50 states. Puerto Ricans cannot vote for the president; like the District of Columbia, they send a non-voting delegate to Congress. They do not pay many federal taxes and receive far less support for social programs from the federal government than states.

Several actions exposed the limits of Puerto Rico’s status in 2016, appearing to roll back its autonomy. First, in two 2016 Supreme Court cases, Puerto Rico’s subordinate sovereignty became clear. One ruling firmly established Puerto Rico’s status as subject to the U.S. Constitution, more than to its own. Second, also in 2016, the United States created the federally appointed Financial Oversight and Management Board of Puerto Rico, which is pursuing an austerity program to address its financial crisis.

Puerto Rico is suffering a debt and migration crisis that’s partly a result of its territorial status. In 2006, Congress removed a tax-incentive program to encourage investment in Puerto Rico. When U.S.-based companies pulled out and workers followed, the territory’s tax base collapsed. The Puerto Rican government issued bonds to finance its spending. These have been particularly attractive to investors because they are tax-exempt – because of the territory’s non-incorporated status.

Deep in debt, Puerto Rico is unable to declare bankruptcy, as U.S. jurisdictions within the 50 states can. Nor can it seek international assistance, as sovereign states might.

– So how could the commonwealth’s sovereign status change?

Only Congress can change Puerto Rico’s status. The islands are subject to the “territorial clause” of Article IV of the Constitution. If Puerto Rico votes for statehood, Congress does not have to act. However, the President’s Taskforce on Puerto Rico’s Status, created by President Bill Clinton in 2000, recommended in 2012 that the president and Congress should quickly enact whatever Puerto Ricans choose at the polls.

But even if voters resoundingly choose statehood, the Republican-majority Congress is unlikely to make the change. As a state, Puerto Rico would probably elect Democrats to the House and Senate and would increase Democratic votes in the electoral college.

Republican leaders have been quiet regarding the upcoming vote in Puerto Rico, and have also been clearly opposed to a “bailout” to help Puerto Rico end its debt crisis.

– So if Puerto Rico cannot vote to change its status, why does it keep voting?

In November, the pro-statehood party took over the governorship and both houses of the legislature. The new governor, Ricardo Rosselló, ran on a statehood platform.

The best possible outcome would be a large majority vote in favor of one status or another. But that’s very unlikely.

A growing majority favors statehood. This is the fifth status referendum held in Puerto Rico. In each vote, the percentage in favor of statehood has increased, from roughly 39 percent in 1967 to more than 46 percent in 1998 to 61 percent of valid votes cast in 2012.

Referendums work best when they offer clear, binary choices to voters and voters understand the language on the ballot. Puerto Rico has never applied this simple rule. In 1967 and 1993, it offered three choices on the ballot. In 1998, this increased to five.

The 2012 vote seemed to solve the problem by offering a choice between retaining the status quo and changing it – and roughly 54 percent of valid votes cast were for change.

But there was another question on the ballot, a second question with three options. Although statehood won a majority of the valid votes cast, over a quarter of voters did not mark the second question. The results, therefore, have been contested.

– So will this Sunday’s ballot offer a nice clear choice?

Rosselló called for the referendum in February this year, posing a simple choice between statehood and independence – which would increase the chances of a clear expression of what Puerto Ricans want. The status-quo option was not on the ballot because a majority rejected it in 2012.

But there’s a complication. After the 2012 plebiscite, Congress appropriated $2.5 million for Puerto Rican voter education and for administering a plebiscite that would clarify the 2012 results. Tucked in that measure was a clause giving the Justice Department the responsibility of certifying that the ballot would serve as a free and fair act of democratic self-determination.

In early April, eight Republican senators sent a letter to Attorney General Jeff Sessions objecting to the fact that the ballot did not include an option of voting for the status quo – and asked him not to certify the plebiscite. On April 13, the Justice Department did object, as requested, withholding funding pending changes to the law. Rosselló quickly included the status-quo option on the ballot.

Whatever the results of Sunday’s vote, the outcome will probably be another contested vote – and no action in Congress. Three ballot options mean it is difficult for any one option to get a clear majority endorsement. What’s more, a coalition of parties has called for a boycott of the vote. If large numbers of Puerto Rican voters stay away from the polls, that will discredit the results, with or without a clear majority.

Whatever the result, three conflicting trends seem likely to continue. Support for statehood in Puerto Rico is growing. However, Congress’s support for Puerto Rican statehood is negligible. And the Puerto Rican economy, social services and population continue to suffer from the limitations of the non-incorporated territorial status.

Collin is an adjunct instructor of international relations at American University’s School of International Service. Her research focuses on the use of referendums in peace processes.