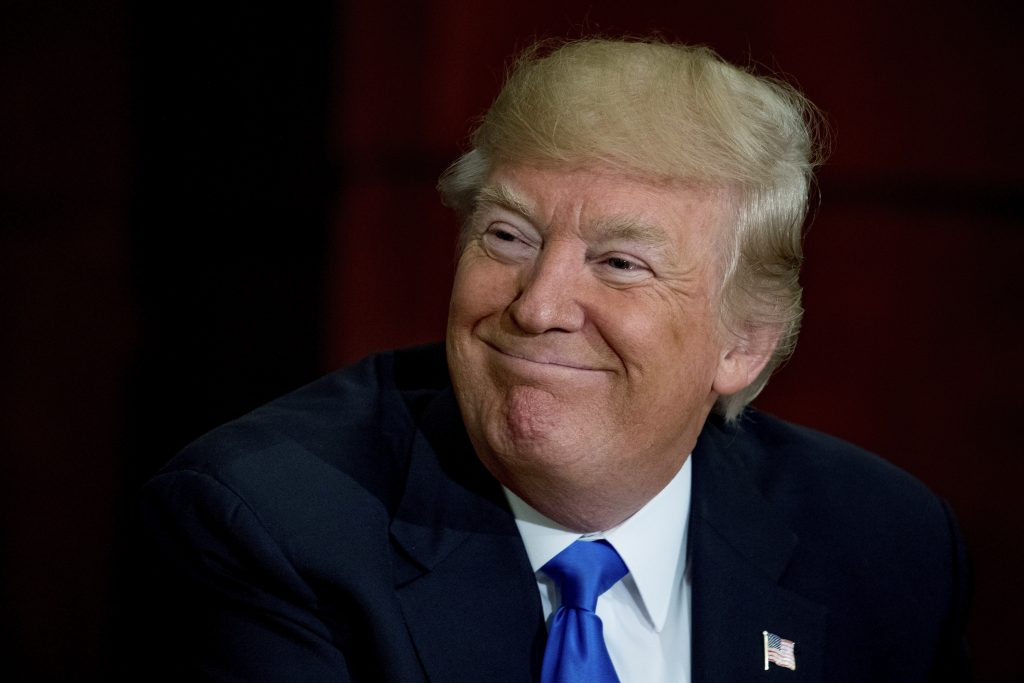 Trump, who had refrained from tweeting all day Thursday – even as Comey accused his administration of spreading “lies” and suggested that Trump had attempted to influence the investigation into fired National Security Adviser Michael Flynn – struck back in an early-morning tweet.

“Despite so many false statements and lies, total and complete vindication…and WOW, Comey is a leaker!” Trump tweeted at 6:10 a.m.

Trump also retweeted a tweet from prominent liberal attorney Alan Dershowitz. “We should stop talking about obstruction of justice. No plausible case. We must distinguish crimes from pol sins.” Dershowitz has repeatedly said that Trump committed no crimes in the Comey matter.

Trump was expected to face journalists at the White House later Friday in a joint news conference with Romanian President Klaus Iohannis. He also planned to deliver remarks at the Department of Transportation on his plans for improving the country’s roads and bridges before traveling to New Jersey for the weekend.

Trump had stayed unusually silent on Thursday, refraining from weighing in on the testimony gripping the country both on Twitter and at several public appearances. Instead, Trump let his lawyer do the talking for him.

But the self-imposed silence didn’t last. The White House announced late Thursday that Trump would be holding a press conference with Iohannis. Comey’s testimony is certain to dominate the question-and-answer session.

During his testimony, Comey revealed that he’d orchestrated the public release of information about his private conversations with the president in an effort to further the investigation.

In his statement to the press following Comey’s testimony, Trump’s private attorney, Marc Kasowitz, seized on the admission, casting the former FBI director as one of the “leakers” set on undermining the Trump administration.

The attorney is expected to file a complaint with the Justice Department inspector general about the revelation next week, according to a person close to the legal team who agreed to speak ahead of the filing on condition of anonymity.

Kasowitz also maintained that the testimony made clear that Trump “never, in form or substance, directed or suggested that Mr. Comey stop investigating anyone.”

While Trump’s staunchest supporters have tried to paint Comey’s testimony as vindication for the president, few Republicans who don’t work for Trump stepped in to defend the president’s version of his contacts with Comey.

Sen. Susan Collins, a moderate Republican, said Congress needs to obtain any tapes the president might have of his dealings with the former FBI director. She called Comey an “honorable individual.”

“I found him to be credible, candid and thorough,” Collins said of Comey on MSNBC.

Collins, a member of the Senate intelligence committee, which is investigating Russia’s interference in the 2016 election, said Comey’s motivation “may have been a good one.” But, she said, he was wrong to leak his notes to the public and should have given that document to her panel.