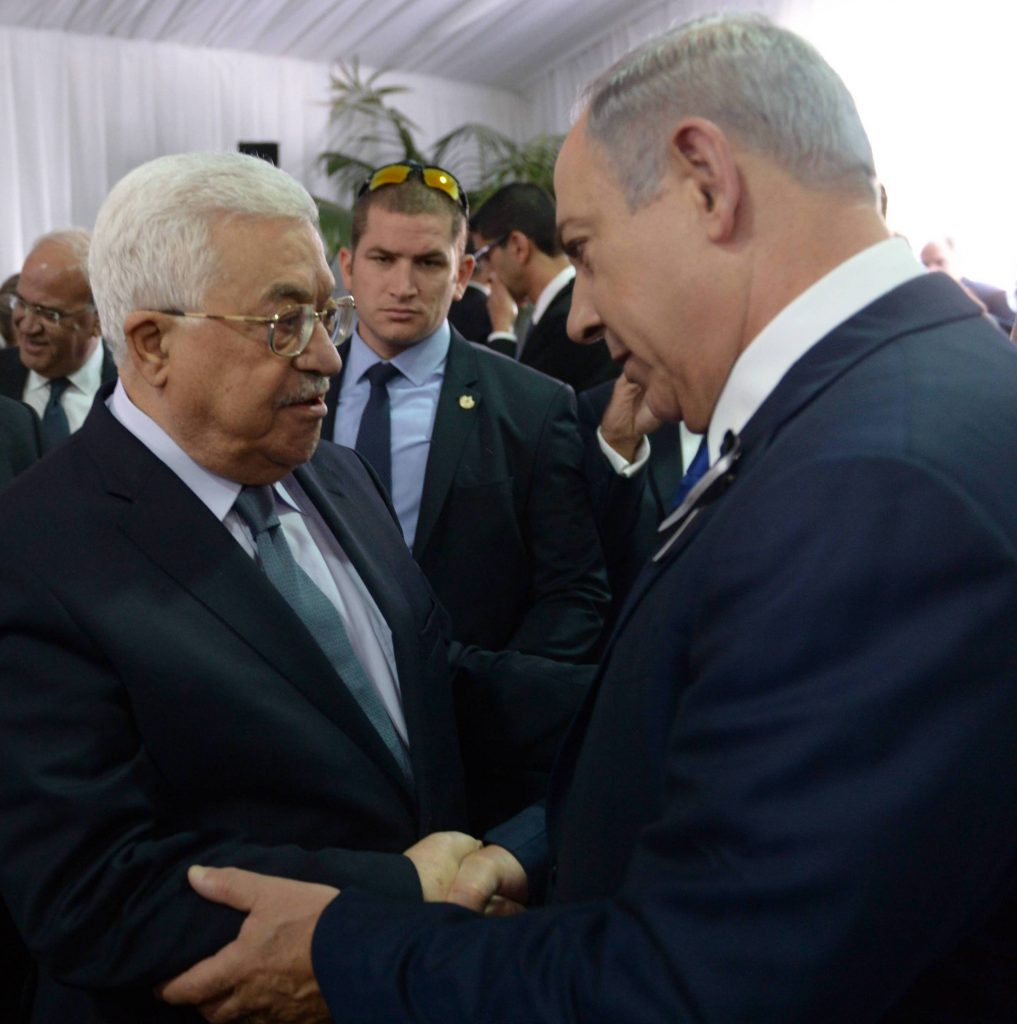 Weeks after President Donald Trump spoke of his desire to see peace talks between Israel and the Palestinian Authority revived, Prime Minister Binyamin Netanyahu and PA Chief Mahmoud Abbas are set to meet. The meeting will take place within the next month in Washington, according to a report on Channel 20.

The report quoted sources in the Trump administration who are involved in setting up the talks. According to the sources, the purpose of the meeting is not necessarily to push both sides to come to a final-status agreement – a sort of “Camp David II,” referring to the summit that resulted in an Israel-Egypt peace treaty – but to enable both leaders to clarify their positions, with American help, and set the “bottom line” deal both were willing to accept.

According to the report, Abbas’s agreement to attend the meeting was behind his declaration Thursday that he is willing to overlook Israeli construction in Yehudah and Shomron. In an interview with Bloomberg News, Mohammad Mustafa, a senior economic aide to Abbas, said that the PA “has not made the settlements an up-front issue this time. We think it’s better for all of us right now to focus on giving this new administration a chance to deliver.”

This is the first time in nearly a decade the PA has expressed an interest in negotiations without demanding a building freeze. Abbas had made such a freeze a precondition of talks during the eight years of the administration of Barack Obama, who subsequently pressured Prime Minister Binyamin Netanyahu into declaring such a freeze in 2009 in order to encourage Abbas to talk. The PA chief refused to do so, however, adding more demands, such as including the issue of Yerushalayim in the talks – an issue both sides had in the past agreed would be left until the end of the negotiation process – as the price for his agreement to talks.

In an interview with Channel Two Thursday, Defense Minister Avigdor Liberman said that Israel and the PA “are closer than we ever were to an agreement. I hope that we will be able to exercise this option. I can testify that the Prime Minister has been making many efforts.”

The recent events in the Middle East, Liberman said, indicate that “the President and the Arab countries understand that Israel is not the problem. Israel can be a solution to the problem.”

Responding to those comments was Transportation Minister Yisrael Katz, who told Army Radio that “I personally do not come to the same conclusion as Minister Liberman. I am not convinced that the other side is prepared and willing to come to an agreement. I know what he knows, and I do not see a basis for this comment. Possibly it is a matter of personal ideology.”