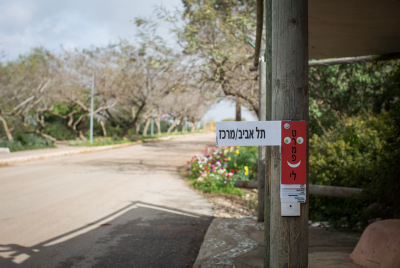 While giving a ride to a friend or to a hitchhiker who is going in the same direction is perfectly legal, charging money for such a service is not. That could change soon, as the Ministerial Law Committee has approved for legislation a new law that would allow drivers to take money for giving people rides. The money, according to the law’s author, MK Merav Michaeli (Zionist Camp), would be used to offset costs for providing rides.

Numerous services already connect drivers with those seeking rides; traffic management app Waze, for example, provides a platform for those seeking a ride to request one. The new law, if approved by the Knesset, would allow drivers to name the amount they want to earn or charge.

The proposal states that the law should not harm those who take people to and from places for a living, like taxi drivers. In addition, the law would ban pickup activity in the center of cities, and at Ben Gurion airport.

“With all of us commuting each day – wasting energy, time and money – in order to get to work in our cars, it is no wonder that we waste hours in traffic jams, instead of spending time at work or with our children,” said Michaeli. “In addition, traffic jams are a major cause of air pollution. Ride sharing is a well-known and well-accepted method around the world to enable people to get to their destinations while lowering costs and clearing out traffic jams, without hurting those who drive people around for a living.”