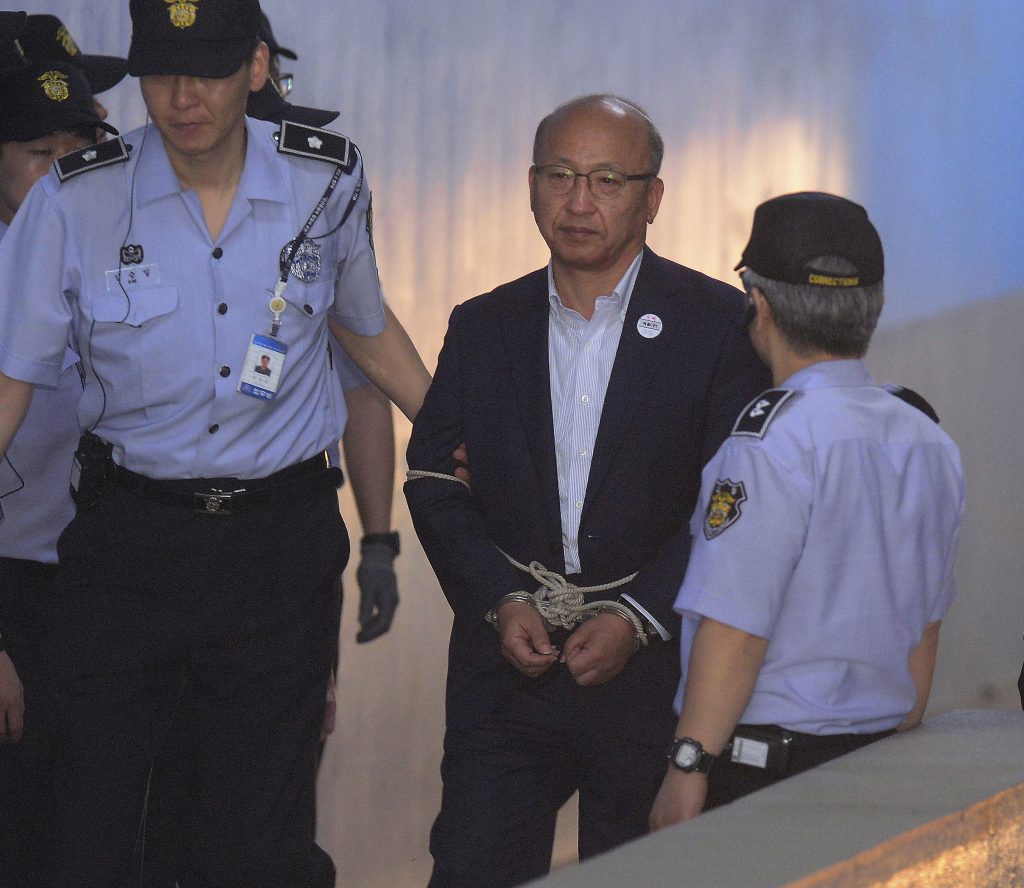 Moon Hyung-pyo, a former South Korean health minister, was convicted on Thursday of pressuring the country’s pension fund to support a controversial Samsung merger, in one of the first rulings on key players in the corruption scandals that ensnared the country’s ousted president and Samsung’s heir.

The merger of Samsung C&T and Cheil Industries in 2015 was crucial in Samsung’s father-to-son leadership succession, but U.S. hedge fund Elliott Associates and other minority shareholders opposed the plan, arguing that it would unfairly benefit Samsung founding family members.

The Seoul Central District Court said that Moon, then head of the Health Ministry that oversaw the National Pension Service, was sentenced to 2 ½ years in prison. He was found guilty of abusing power to sway the pension fund’s vote on the merger. He was also guilty of perjury during a parliamentary hearing, lying about his role in the merger.

Moon has violated the pension fund’s independence, the court said in a statement.

A former executive at the pension fund was also found guilty of causing damages to the fund by swaying its investment committee to support the Samsung merger. Hong Wan-sun, a former head of the fund’s operation division, was sentenced to 2 ½ years in prison.

The court said that Hong swayed the vote even though he knew that the merger ratio was unfair to Samsung C&T shareholders and hence would cause damages to the pension fund’s stake in the construction company.

The 2015 Samsung merger and the allegations that the pension service was pressured to support Samsung’s succession plan were among the triggers of the massive corruption scandals that led to the impeachment of Park Geun-hye in March and the arrest of Lee, Samsung’s de facto leader.

Prosecutors have accused Lee, who is on trials for bribing Park Geun-hye and her long-time friend, of offering bribes in exchange of seeking the government’s support of the smooth leadership transition at Samsung, including the merger.

The allegations that the pension fund, which manages $508 billion for South Koreans’ post-retirement, supported the controversial Samsung merger despite financial damages angered public; and it was one of the reasons that prompted South Koreans to stage massive demonstrations for months last fall.