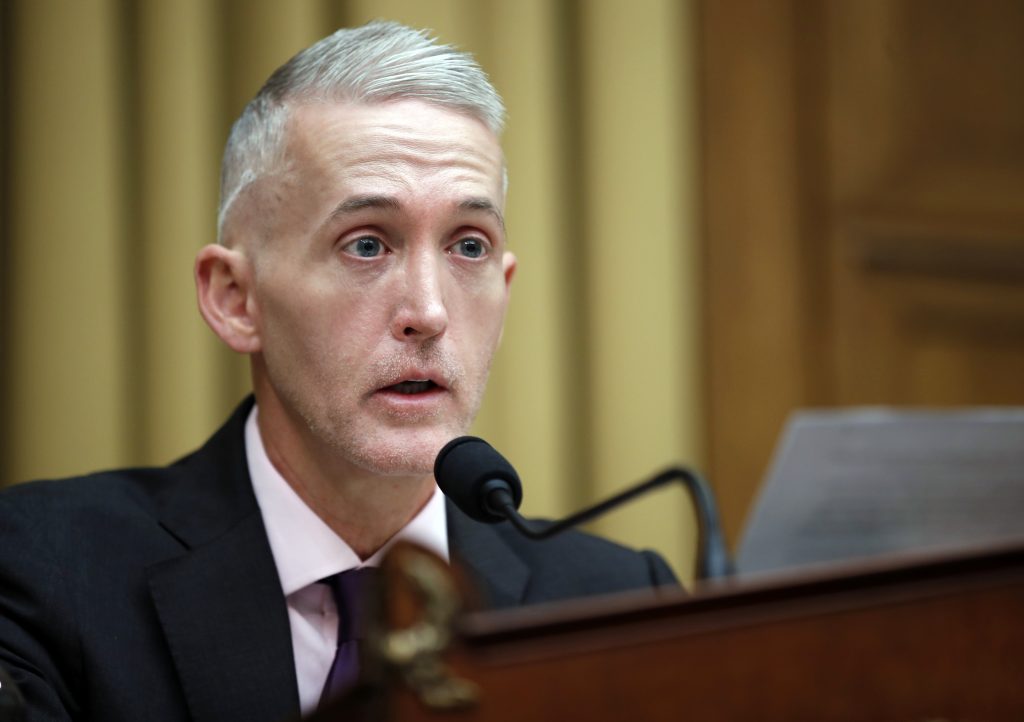 Republican Rep. Trey Gowdy, who led a two-year investigation into the deadly 2012 attacks in Benghazi, Libya, is set to take over leadership of the powerful House Oversight and Government Reform Committee.

The House Republican Steering Committee on Thursday recommended Gowdy for the chairmanship, replacing Utah Rep. Jason Chaffetz, who is leaving Congress at the end of the month. Gowdy beat out Oklahoma Rep. Steve Russell. The full House Republican conference is expected to confirm the choice next week.

Gowdy, 52, a former federal prosecutor, led the Benghazi inquiry that focused on former Secretary of State Hillary Clinton and was an outspoken critic of the Obama administration. As the new chairman, he will lead oversight of the Trump administration, including a budding investigation into possible ties between Russia and President Donald Trump’s campaign.

“Trey Gowdy possesses the experience and deep commitment to transparency and accountability necessary to be the House’s next Oversight chairman,” Speaker Paul Ryan, R-Wis., said in a statement. “He has proven that he will always look out for taxpayers and seek answers from the bureaucracy. Trey has my absolute confidence, and I know he will do an outstanding job.”

Gowdy, in a statement, focused on committee’s institutional responsibilities and made no mention of specific lines of inquiry.

Chaffetz is stepping down June 30 to pursue a private sector career amid questions about willingness of the Republican Congress to conduct oversight of Trump.

Gowdy, in his fourth term representing upstate South Carolina, is less senior than several Republican colleagues on the oversight panel but is well-liked by Ryan and other GOP leaders, with a high-profile earned as chairman of the select committee on Benghazi and a reputation as a sharp questioner.

Rep. Tom Graves, R-Ga., a Steering Committee member who nominated Gowdy for the oversight post, said Gowdy’s background as a prosecutor and leader of the Benghazi panel “perfectly suits him for this chairmanship.”

Chaffetz, who doggedly investigated Clinton before the 2016 presidential election but declined for months to investigate Trump, said in April that he won’t run for re-election.

The decision to step aside came just as the oversight panel was poised to investigate Trump’s firing of former FBI Director James Comey amid the FBI’s probe into Russian meddling in the 2016 presidential election and possible connections between Russia and the Trump campaign.

Chaffetz has asked the FBI to turn over documents about Comey’s interactions with the White House and Justice Department, including materials dating back nearly four years to the Obama administration. Trump fired Comey May 9 amid questions about the FBI’s investigation, which is now being overseen by special counsel Robert Mueller, a former FBI director. Comey testified Thursday before the Senate intelligence committee about his interactions with Trump.

Gowdy is already familiar with the questions over Trump’s Russia ties due to his seat on the House Permanent Select Committee on Intelligence, which has conducted a probe of its own since allegations of Russian efforts to influence the presidential election surfaced late last year.