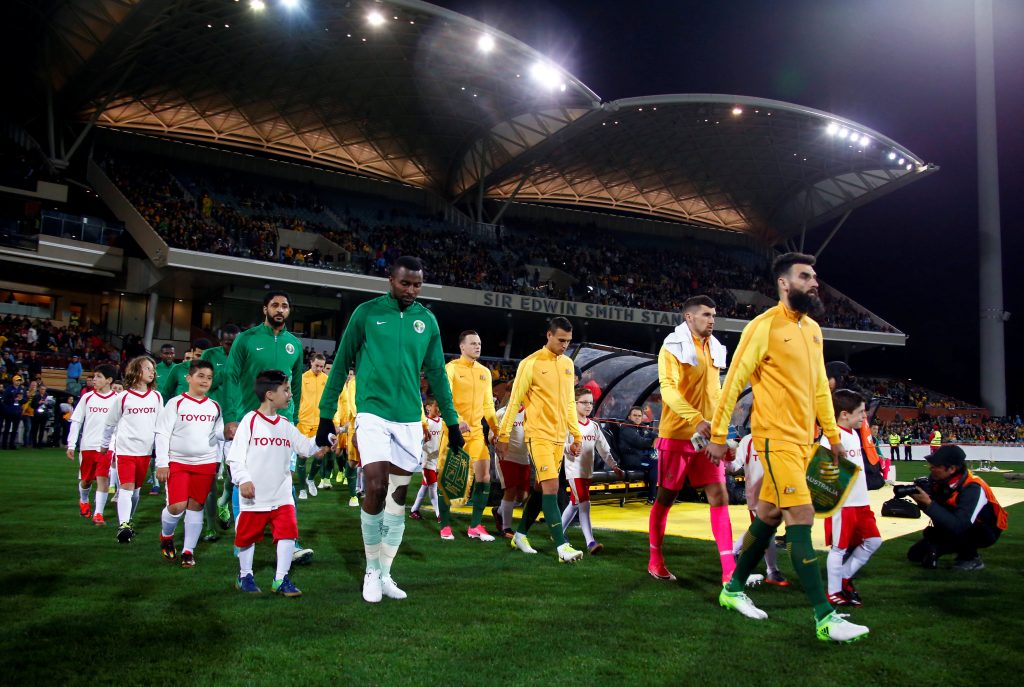 A moment of silence was held before Wednesday’s soccer match between Saudi Arabia and host Australia to remember the two Australian victims of last weekend’s terrorist attacks in London. The Socceroos locked arms and stood in a line.

Most of the Saudis, meanwhile, appeared to go about their pregame business, leading to boos from the crowd.

According to News.com in Australia, the pregame moment of silence itself was approved by both Asian Football Confederation officials and the Saudi team, but a spokesman for Football Federation Australia said the Saudis also informed game officials that they would not be taking part.

“The FFA was further advised by Saudi team officials that this tradition was not in keeping with Saudi culture and they would move to their side of the field and respect our custom whilst taking their own positions on the field,” the FFA spokesman said. However, as the Independent points out, Saudi club teams have in the past observed moments of silence on the field. Al-Ahli Saudi FC paused for one ahead of its game against Barcelona in December, an acknowledgment of the plane crash in Brazil that claimed the lives of multiple Chapecoense players.