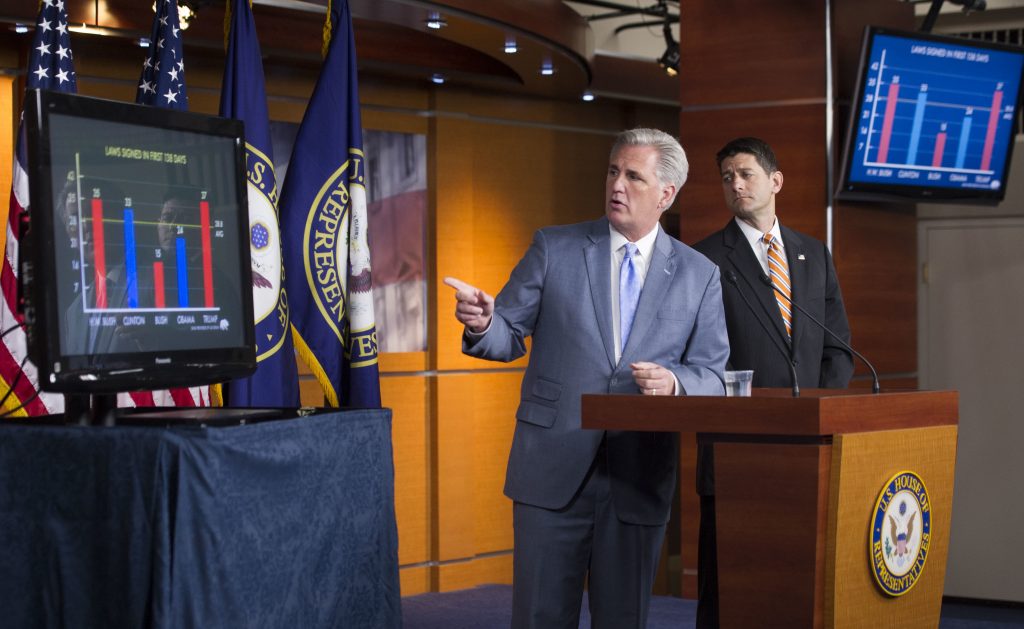 As former FBI Director James B. Comey delivered testimony across the Capitol about his discomfort with his interactions with President Donald Trump, Speaker Paul D. Ryan defended the president, saying he’s new to the job.

“He’s new at government,” the Wisconsin Republican said of Trump at his weekly press conference Thursday, which happened in the middle of Comey’s testimony in front of the Senate Intelligence Committee. “He’s learning as he goes.”

Ryan said Comey’s opening statement on Thursday reflected the president’s frustration with being told Trump was not under investigation himself but reiterated a notion that there needs to be a line of independence between the executive branch and agencies such as the FBI and the Justice Department.

“People now realize why the president is so frustrated when the FBI director tells him on three different occasions he’s not under investigation,” Ryan said. “That’s frustrating. Of course the president was frustrated.”

Ryan cited Trump’s lack of political experience when asked if it was appropriate for the president to ask the FBI director to “let it go” when it came to an investigation of Michael Flynn and to ask for Comey’s loyalty, prompting his statement that Trump was new to the job.

While he inevitably got questions about Comey, Ryan showed up to his weekly press focused on anything but that. He brought House Majority Leader Kevin McCarthy with him to present a PowerPoint presentation on legislation the 115th Congress has passed in its first days.

“We thought there was nothing going on around here, (so) we’d mix things up a little bit,” Ryan said, joking about the Comey hearing consuming the day’s attention.

Ryan said he had not been watching Comey’s testimony. “I didn’t clear my schedule for a hearing over in the Senate,” he said.